Ask pretty much anyone, regardless of their familiarity with the Bible, and chances are they will identify the sin of Sodom as sexual immorality. 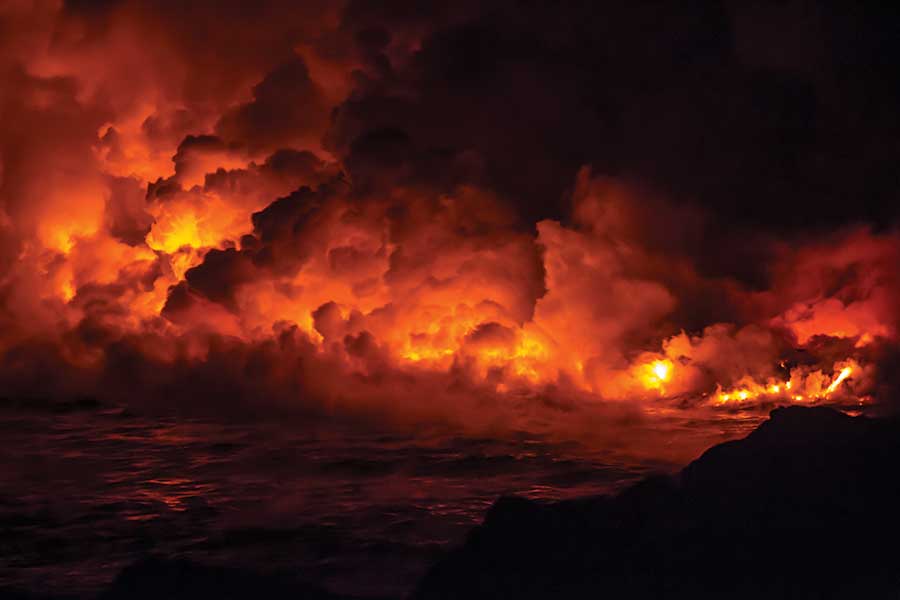 What Was the Sin of Sodom?

Even without knowing these details, most everyone associates Sodom with sexual immorality; the city’s name is perpetually associated with sexual crime in the Romance languages, as well as in Persian and Arabic.

But there’s a lot more to the sin of Sodom than sexual immorality, and it’s worth knowing about.

Jesus warned that conditions in the last days would mirror the days of Lot, and the warnings he gives are not specific to sexual immorality—they are much broader. Given that we live in the last days, Jesus’ warnings are specifically for us.11 Our Lord’s warnings provide the impetus for this special issue. However, we’re not going to dwell on the negatives, as though our goal were simply the avoidance of evil. Instead, this issue is intended to encourage us to know the evil and do the good!

Before considering Jesus’ words about “the days of Lot,” it is well worth looking at Ezekiel 16, where God Himself answers the question “What was the sin of Sodom?” in teaching about the apostasy of the southern kingdom of Judah.

The prophecy of Ezekiel took place in the last days of the kingdom of Judah, in the sixth century BC. The renegade northern kingdom of Israel had been swept away by Assyria more than a century earlier, its doom hastened by a nearly complete rejection of the true God and by a tumultuous history of insurrections and intrigue.

By contrast, the southern kingdom of Judah had survived for four centuries, with an unbroken line of kings reaching back to the time of David. The kings in David’s line were a mix of faithful and unfaithful men, with giants of faith like Hezekiah and Josiah, during whose times the nation flourished.

By the time of Ezekiel, the southern kingdom had also forsaken God spectacularly. Ezekiel depicted the capital city of Jerusalem as a young woman with two sisters: older sister Samaria to the north (former capital of Israel) and younger sister Sodom to the south (Ezekiel 16:46). Jerusalem’s sins were worse than her sisters’, God said, and to put a point on what He had in mind, He said,

Behold, this was the iniquity of thy sister Sodom, pride, fulness of bread, and abundance of idleness was in her and in her daughters, neither did she strengthen the hand of the poor and needy. And they were haughty, and committed abomination before me: therefore, I took them away as I saw good. (Ezek 16:49-50).

Five items are listed: pride, excessive prosperity, careless ease, indifference to the plight of the poor and needy, and finally, “they committed abomination before me.”2 The one sin we associate with Sodom is not the whole story. It’s not even first on Ezekiel’s list. Sodom’s “abomination” is listed last as the culmination of a catalog of sins. A good case can be made that it was oppression of the poor which brought about God’s judgments.

New Testament commentary on Sodom highlights its egregious sexual immorality (2 Pet 2:6-8 and Jude 1:7), but Ezekiel exposes the root causes which led to wanton, sinful behavior and thinking. It is sobering to think how well this catalog of sins in Ezekiel 16: 49-50 describes the world at present, especially the western world where many of us live. And while we might not be guilty of the abomination which ends the list, the spiritually numbing effects of “fulness of bread” and “abundance of idleness” may lead us to pride and to the indifference to the poor which God abhors.3

The list of Sodom’s sins gives us plenty to think about, asking whether we are doing our best in God’s service.

We need to ask ourselves whether our faith is passive. Is our faith purely an intellectual matter, detached from practical concerns? Or is it active and looking for opportunities in the LORD’s service? This is not to disparage the exercise of our minds in God’s service. After all, the first and great commandment is to “love the Lord thy God with all thy heart, and with all thy soul, and with all thy mind, and with all thy strength.” (Mark 12:30). We acquire the love of God through the exercise of “soul and mind.” But the manifestation of such love is in our treatment of others. According to our Lord, the second greatest commandment is to love our neighbor as ourselves (Mark 12:31). Paul says we are God’s “workmanship, created in Christ Jesus for good works.” (Eph 2:10).

For those of us living in comfortable prosperity, Ezekiel’s catalog of Sodom’s sin is an urgent call to introspection. Our Lord’s words about the last times underscore the urgency of this call.24

“In the Days of Lot”

Along the way from Galilee, in Jesus’ last journey south to Jerusalem, the Lord worked hard to prepare his disciples for when he would no longer be physically present with them. He repeatedly warned them they must live their lives in constant anticipation of his second coming.

Jesus compared his second coming to the “days of Noah” and the “days of Lot” (Luke 17:26-30). In both comparisons, he did not mention the corruption of the time but only of the complacent going about of business-as-usual. In the days of Noah “they ate, they drank, they married wives, they were given in marriage.” None of these is bad; all indeed are blessed by God for the faithful.

In the days of Lot, “they did eat, they drank, they bought, they sold, they planted, they builded.” Again, nothing wrong, per se. The problem in both cases was that life carried on, heedless of God’s ways, without any sense of Him as the provider, and the one to be served.

Jesus doesn’t mention that in Noah’s day “the wickedness of man was great in the earth, and that every imagination of the thoughts of his heart was only evil continually” (Gen 6:5) nor that the earth was “corrupt before God” and “filled with violence.” (Gen 6:11). His point was that life went on with mankind, oblivious to God. His warning for us, in similar times of prosperity and complacency, is that we must be watchful and ready, giving our best in God’s service.

Having arrived in Jerusalem, Jesus’ warnings had their climax in the conclusion of his Olivet prophecy:

But take heed to yourselves, lest your hearts be weighed down with carousing, drunkenness, and cares of this life, and that Day come on you unexpectedly. For it will come as a snare on all those who dwell on the face of the whole earth. Watch therefore, and pray always that you may be counted worthy to escape all these things that will come to pass, and to stand before the Son of Man. (Luke 21:34-36).

It is sincerely hoped we don’t engage in carousing and drunkenness, not only for fear of being so engaged at our Lord’s return but also because these are so contrary to the high calling we have received. Paul says, “that those who practice such things will not inherit the kingdom of God.” (Gal 5:21).

But what of the “cares of this life?” Jesus’ disciples would have remembered the Parable of the Sower, in which the seed scattered among thorns was “choked with cares and riches and pleasures of this life” and unable to produce fruit (Luke 8:14). If we are honest with ourselves, most of us will be able to acknowledge from first-hand experience the genuine threat of such cares and pleasures.

Having the sense that our Lord’s return could be at any time, we are wise to heed his warnings, specifically made for us. We know what God wants us to do, and it is time to encourage one another “and so much the more as you see the day approaching.” (Heb 10:25).

In this issue, we have a series of articles encouraging us to see the threats we face and to give our best in service. The “sin of Sodom” from Ezekiel 16 provides a framework for the topics we consider. Topics include the effects of social media and the Internet, the challenges of prosperity and covetousness, how we use our free time, how we are entertained, and the need for work in the ecclesia. Many of our ecclesias have brothers and sisters who have arrived as refugees. We discuss the importance of caring for such poor and needy. They provide us with an excellent opportunity to show the love of Christ and our love for Christ.

We hope that you will enjoy these articles and be stirred up by them. May God bless you. May He bless our community.

1 The existence of modern Israel is an unmistakable sign of the times. The restoration of the Jews to their homeland is an unparalleled miracle, all the more remarkable by being accomplished while the Jews were still in unbelief, as foretold by the prophets (e.g. Eze 36:19-32).

2 The careful reader will have noted that I’ve left out “haughty” in verse 50. The word is nearly identical to “pride” in verse 49. God repeats the first sin, perhaps the root cause of all the others, before mentioning the culmination of the sins.

3 In Genesis 18:21, God says He will “go down now and see whether they have done altogether according to the outcry against it that has come to Me.” The word translated “outcry” is typically used to describe the pleas of the oppressed. For instance, in Exodus 3:7, “The LORD said: ‘I have surely seen the oppression of My people who are in Egypt, and have heard their cry because of their taskmasters, for I know their sorrows.’”

Ask pretty much anyone, regardless of their familiarity with the Bible, and chances are they…
Continue Reading
Life Application

Knowledge is good. In fact, the right knowledge of God’s Word is necessary for salvation.
Continue Reading
Life Application

Apathy in the Life of a Believer

The Stranger and Foreigner Among You