A Visit to St. Lucia

I arrived at the airport near the southern tip of St. Lucia in the afternoon of Sunday, November 7. The passenger intake through the COVID screening and customs was smooth and well-organized. 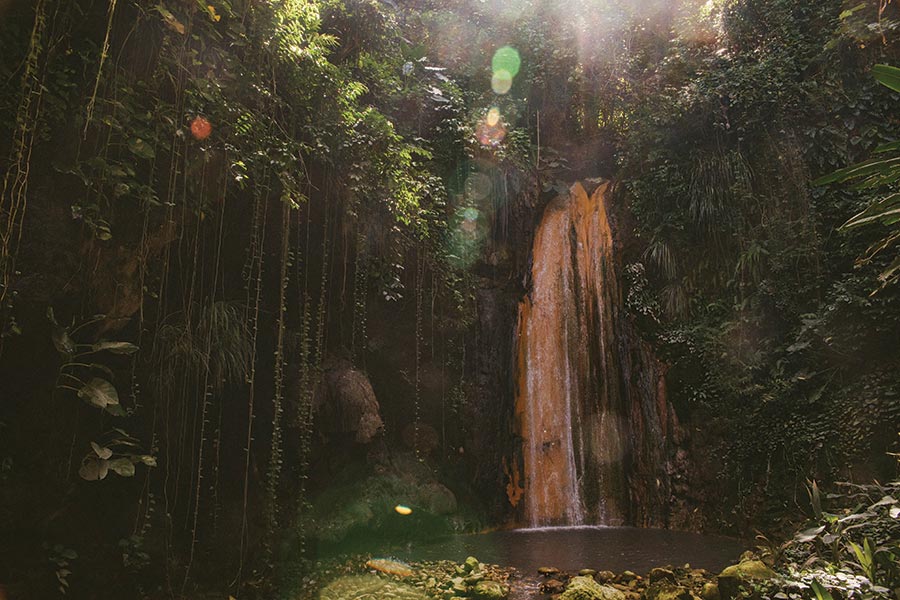 My transport to the Mission House was there waiting for me, even though my flight was over an hour late. Upon entering the Mission House in Castries, the capital, I was pleasantly surprised to find the place sparkling clean, bedding, towels etc. all washed.

There was no sign of the volcanic dust which had recently blanketed much of the island following the huge eruption on the island of St. Vincent, about 75 Km south of St. Lucia, from December 2020 through April 2021, and which had come into the house in quantity.

Before leaving for his final medical treatment in Trinidad, Brother Andre George had left the windows open a few inches to keep air circulating, normally not a bad idea but due to the volcanic eruption, it turned out to be counterproductive to say the least.

It must have taken a tremendous effort to get things as clean, neat, and tidy as they were when I arrived. Kudos to Sis. Dawn David-Hutchinson for organizing the cleanup and washing the bedding and towels, and even the curtains!

Sis. Julie Gonzaque, who is deaf and mute, did the hard labor of cleaning the dust and ash remnants throughout the house—a Herculean task to say the least!

Sis. Dawn ensured that the fridge was well stocked with staples—bread, eggs, margarine, milk, juice, cheese, etc. and had prepared a meal for me to eat when I arrived. Since then, she has dropped by with more pre-prepared meals.

Each of these were good for a couple of days or more. The only downside upon my arrival was that there was no internet or phone service available. I had some hard work to do, dealing with a bureaucratic communications company to get the internet and landline reconnected. The internet was back on Thursday, November 11, and I finally got the landline working about a week later!

On Friday, November 12, I traveled to see Bro. George Rock in Rodney Bay. George was in good spirits, and we had a lovely Breaking of Bread with him. It took a lot longer than in previous years to get to Rodney Bay, as the traffic was horrible and the roads were a mess, due to the election of a new government with an overwhelming mandate halting all the roadwork projects initiated by the previous government—abandoned in mid-project with roads dug up and many pieces of large construction equipment left behind seemingly to rust in the rain. Such is the petty nature of politics on this island.

On Sunday, November 14, the ecclesia met at the Mission House for the first time in 20 months. There were seven of us in attendance. I exhorted on Mark 8, the healing of the blind man of Bethsaida. We used the Isolation League’s website for our hymns and followed along with the words on the screen and sang along with a Christadelphian choir.

It was great for Sis. Julie as she could follow the hymns much more easily than by using the hymnbook. She sang energetically, in what could only be termed a “joyful noise!” Following our meeting, which ended about 11:30am, St. Lucia time, I was able to link up with my home ecclesia’s (Kitchener-Waterloo) Zoom meeting prior to their start.

We had an enjoyable visit especially since many members of the Kitchener-Waterloo Ecclesia have been to St. Lucia on missionary work themselves or as visitors and are well known to the St. Lucian members. Following our “virtual visit” I hosted a lunch for the brothers and sisters.

Being on my own, the lunch did not come up to the standard enjoyed when couples have come to Saint Lucia. It was true “bachelor fare” of sandwiches, juice, and cookies. We made up for the quality of the meal with excellent fellowship, as we renewed the relationships which had been so disrupted by the ongoing pandemic. For me, a highlight of the meeting was the attendance of Bro. Gabriel.

That is a promising sign as Gabriel is a very capable brother. Now if I could figure out a way of getting him to stop speaking so fast! On Friday, November 19, I arranged to meet with Sis. Rosie Fregis, recently baptized online through the “Bible Basics” program. We met at the home of Bro. George Rock.

It turns out she knows George and had been to his home frequently many years ago as a close friend of one of his daughters. Sis. Rosie has participated in our ecclesial activities and now regularly attends the Kitchener-Waterloo’s Sunday Zoom meetings and has fit in very well indeed, participating freely in the pre and post meeting conversations.

Once full communications were restored, I spent my time calling our list of contacts and arranging meetings and conversations with them mostly at a nearby park, because none of the contacts with whom I was able to meet had been vaccinated. So, one-on-one conversations were the order of the day with masks and good separation protocols observed.

The mission house was available during the week for drop-ins by our members. Several members including Sisters Lauretta, Julie, and Dawn and her daughter, Leah, dropped by for a cool drink and the Readings, as did Bro. Gabriel on two occasions and Bro. Benji.

I was also able to conduct two Bible classes per week (sometimes three!), with my landlady and two of her caregivers. On Sundays, Nov. 21, 28 and December 5 (I returned home on December 6), we joined the Kitchener Waterloo meeting, with the local brothers and sisters attending.

On Wednesday November 14, I traveled with Bro. Gabriel to the south end of the island, near the airport, to have a look at his home rebuilding project. The house was completely wrecked by a fire started accidentally by his 94-year-old mother. I had coordinated assistance for Bro. Gabriel’s work in restoring the family home.

Special donations were funneled through the CBMC’s welfare fund. The work done to restore the home was very impressive, especially considering all the COVID-19 related delays involved. Bro. Gabriel did a very competent job of managing the project and doing much of the work himself.

People are so stupid.  And being people ourselves, hopefully we’re not blind to the fact…
Continue Reading
Reflections

"Why do you call me 'Lord, Lord,' and not do what I tell you?"
Continue Reading