In our reading today from Revelation 19, there's a triumphant response to what has just happened in the previous chapter, where God has finally dealt with the corrupt religious system of Rome. The people in chapter 19 keep saying, "Hallelujah." 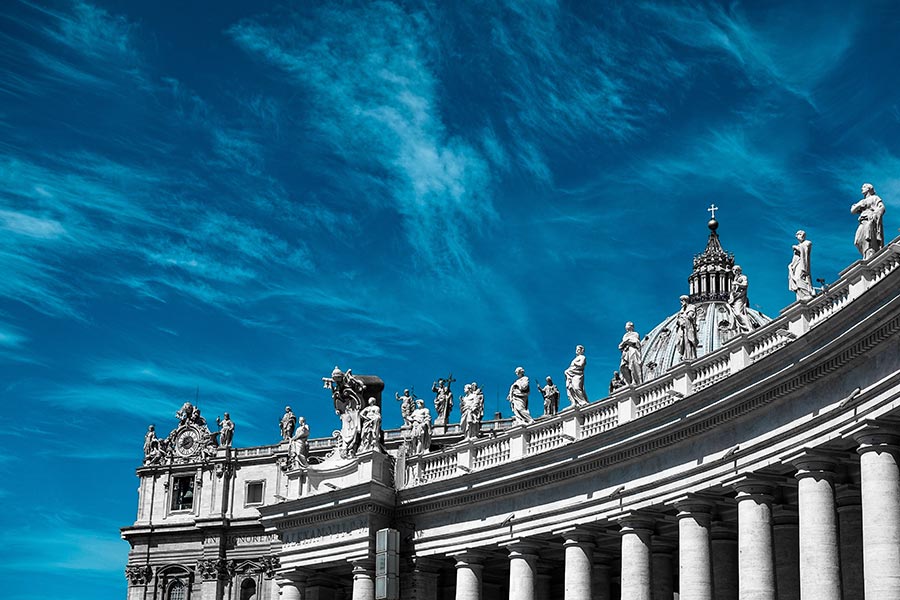 In our reading today from Revelation 19, there’s a triumphant response to what has just happened in the previous chapter, where God has finally dealt with the corrupt religious system of Rome.

The people in chapter 19 keep saying, “Hallelujah.” For instance, in verse 3, “Once more they cried out, “Hallelujah! The smoke from her goes up forever and ever.” You’ll notice Hallelujahs in verses 1, 3, 4, and 6.

Why does this passage use the word Hallelujah so often? The people rescued from the clutches of false religion are ecstatic. But there’s a deeper meaning behind the use of the word when we realize that Revelation is directing us to a specific Old Testament passage that uses Hallelujah. Notice in verse 4, the people cry, “Amen. Hallelujah!” which is a quotation from Psalm 106.

Every time Revelation directs us back to the Old Testament, we have to ask ourselves the question, “why?” The last verse of the psalm is where the quotation comes from and is a little tricky because of the way it has been translated – “And let all the people say, ‘Amen!’ Praise the Lord!” (Psa. 106:48) “Praise the Lord” is the same word used in Revelation. It’s just been transliterated here with “Hallelujah.” But Revelation is directly quoting this passage. So, what’s this psalm all about?

Psalm 106 is the story of the children of Israel as they came out of Egypt. It began very well, with verses 8-12 telling us about freedom from Egypt. But what follows is a progression of apostasy. It all starts with the people failing to listen to God –

“But they soon forgot his works; they did not wait for his counsel.” (v13).

Apostasy starts when the works of man override the counsel of God. We see the same pattern when Christianity came out of spiritual Egypt or Rome in the book of Revelation. Gradually God’s counsel was replaced by the early church fathers’ dependence on classical philosophers like Plato and mixing the thoughts and philosophies of the day into true worship.

Apostasy starts when the works of man override the counsel of God.The apostasy in Revelation, which ends with the destruction of the system in chapter 18, follows the pattern of Israel’s apostasy as outlined in Psalm 106. That’s because human nature does not change. By the time we get to verse 28, we’re reminded of when “they yoked themselves to the Baal of Peor, and ate sacrifices offered to the dead,” completely giving themselves over to idolatry. Similarly, the Roman Church, despite tracing its origin to the first-century ecclesia, ended up back in pagan worship.

“They did not destroy the peoples, as the Lord commanded them, but they mixed with the nations and learned to do as they did.”

Christianity followed this pattern too. Today much of the Christian world is secular, getting very involved in politics and issues which are to do with this world and nothing to do with the kingdom of God.

The lesson for us is clear; God’s people, whether the children of Israel or the ecclesia, fell into apostasy, following similar patterns. Are we any different? Human nature is the same today as it was throughout history. We face similar challenges, and can easily follow the same route into apostasy. But we can avoid that if we learn from history and heed the warning in Revelation to “Come out of her, my people, lest you take part in her sins” (Rev. 18:4).