An Exploration of Christadelphians, Racism and Activism 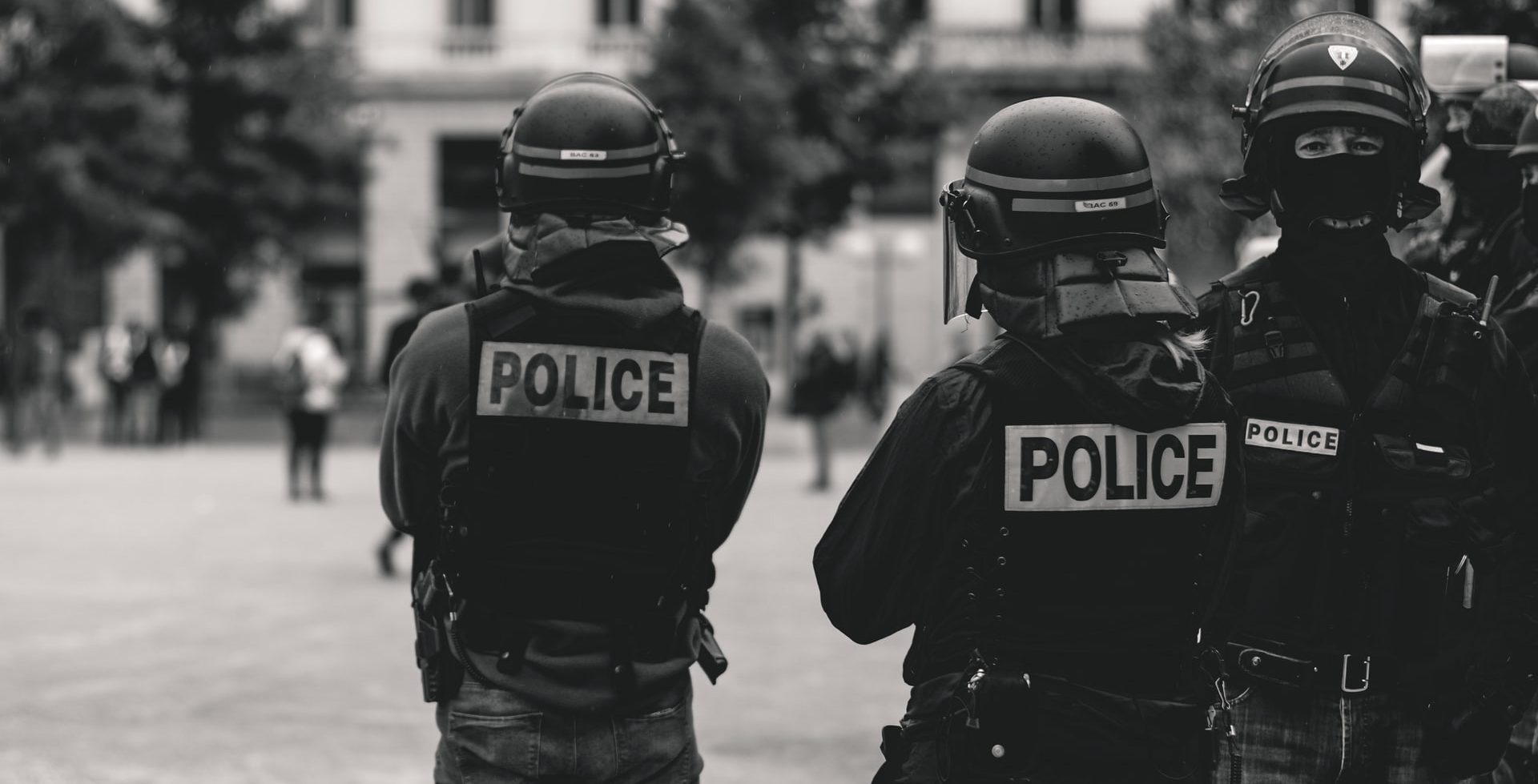 Black Lives Matter is a rallying cry to action for some, and a dangerous venture away from Scripture for others. Christadelphian youth and parents are torn in cross-generational debate of Scripture. But aren’t questions of race and activism most usefully examined as they occur in the actual experiences of Christadelphians? We think so. My sister and I (in the flesh as well as in the spirit) share two vivid memories of police brutality and protest, which we lived through in our youth, and invite you to reflect.

A Child Protests—A Parent Comes to The Rescue

One Sunday in Queens, New York, following a church service, a Christadelphian family found itself front-and-center in the fight against police brutality. My sister Gail was on our block playing with her middle school friends, when police in a vehicle began harassing them. The police were rude and provocative as they circled the block again and again, disrupting the children repeatedly with an interrogation about some older teens suspected of riding illegal minibikes1Minibikes were miniature motorcycles popular amongst teens, legal for use at the time in some states in the US, but not in New York City.. Like many black American youth, we believed police harassed black people; hence, we instinctively didn’t like them.

We knew we were right and the police were wrong.

We saw protesters on TV.

The police kept harassing the children until finally, my sister decided some protest was warranted. With all the courage and “wisdom” of a 12-year-old, my sister called the officers a name. She yelled out the word “PIG” (back then a common protesting term for police) as the police car was driving off. She didn’t expect a response, but she got one. Suddenly, to everyone’s surprise, the police car stopped and they jumped out. In a flash, Gail’s friends urged her to run and she did, followed by the police in hot pursuit. My sister wasn’t fast enough (she never was a fast runner!) and the police caught her. Then they dragged her by her arms, across lawns of our neighbors’ homes in the middle-class black community of St. Albans.

Children see society’s flaws and have opinions about them.

As they tried shoving her kicking and screaming, into the police car, Kenny, her 14-year-old friend—respected by peers as the most mature amongst them—decided it was wrong to be a silent bystander in the face of injustice. With measured pleas he told the police they were hurting her, to let her go, for she had not done anything wrong.

Seconds later the police had the boy in a chokehold.

Immediately the policeman’s arm was around Kenny’s neck. Kenny’s feet were dangling off the ground. His tongue was hanging out, and he was gasping for air. Suddenly Gail found herself begging for the life of her friend. “Let Kenny go. Let Kenny go. He can’t breathe.” Adult neighbors came out of their homes. One black neighbor approached the police, and calmly holding out his detective’s badge, attempted to reason with the officers. (We children would remember all our lives that even a black police officer with a detective’s badge couldn’t protect us from a white police officer with a gun.) No one in the crowd dared physically intervene to save Kenny’s life. He was in God’s hands.

Deliverance did come. Alerted by Gail’s friends, my mother (Sister Evelyn Foster) came dashing down the street to the rescue. By then, my sister had escaped out the other door of the car. She tried to run home, but an officer caught-up and was attempting to drag her back as she held fast to a fence. My mother, fearless as any mom in nature when it comes to her children, began peeling the policeman’s hands, finger by finger, off Gail’s arm. “Get your hands off her! Get your hands off her!” Then my mother got a whiff of something. She boldly yelled out the truth—the words that saved my sister and may have saved her friend’s life: “You’re drunk!  I can smell the liquor on your breath!” The impact of her accusation was sobering. The police officer released Gail. For three long seconds the three stood staring at each other. “Get home!” Sis. Foster ordered my sister, while she kept her defiant stare on the police officer.

The other officer released his chokehold on Kenny. As arriving police dispersed the growing crowd, the boy was handcuffed and driven to the station—a trip that could have ruined his chances of ever becoming the firefighter he grew up to be. But parents and other neighbors immediately hired a lawyer. Legal counsel advised that the community had no rights the justice system would respect. But if they weren’t too pushy, they might secure a dismissal. Otherwise Kenny would have a police record that would follow him for life. They accepted what they could get.

That was 50 years ago. How tempting it is for us to conclude times have not changed. But they have. The amazing thing about the eight-minute George Floyd video is that finally, white Americans believe the stories of oppressive policing we have been telling them for generations. Many even feel a responsibility to be allies in protecting us and our children from unjust policing. This gives African Americans hope. Black lives do matter.

Now let’s examine the story and see how we can use it as a tool for hearing the many perspectives that exist in our homes and ecclesias.

Try for a moment to imagine what Jesus would say to the children as they were being harassed by the Roman centurions; to the Jewish parent running to save her daughter; to the Centurion, caught in the act of wrongdoing.

Remember when Jesus was accused of breaking the law by working on the Sabbath to help someone in crisis? He could have responded by debating the fine points of Scripture. But instead he asked a question.

Jesus got the Pharisees to reflect in their hearts, rather than debate with their heads. (See Luke 14:5).

That’s what we are going for here. Heartfelt reflection keeps the family standing firm in love as they navigate these times of civil unrest. First, let’s try assuming that each and everyone of the story’s actors is indeed trying hard to walk with God in their lives. “Jesus had compassion on them, because they were like sheep without a shepherd” Mark 6:34 ESV).

A Police Killing Near the Ecclesia

This boy did not escape with his life.

My Aunt Olive (aka Sister Watts), our Sunday school teacher, lived across the street from the Jamaica Ecclesia in Queens, New York City. An activist by nature, she knocked door-to-door in the neighborhood to fill the Sunday school pews—not just with the fairly prosperous children of Christadelphians, but with other less well-off children in the community whose parents wanted them to hear the Word.

When plain-clothes police pursuing the wrong suspect killed Clifford Glover, a 10-year-old neighborhood boy walking home with his unarmed grandfather, Sis. Watts became an activist against police brutality. Just as she had gone door-to-door recruiting children for Sunday school, she went door to door securing petition signatures when young Clifford was killed. The petitions requested the mayor to fire and prosecute the police officer, and to train police to view black children with humanity and black communities with respect. Parents in the community knew Sister Watts cared about the spiritual and the physical well-being of their children.

Did Sis. Watts further the work of Jesus by doing what she could to help protect the children from government sanctioned police violence?

Or did she entangle herself in politics?

Activism: The use of direct and noticeable action to achieve a result, usually a political or social one. (Cambridge English Dictionary)

In the sidebar chat of the June 2020 online Christadelphian Study Day, Responding to Racism, Scripture and commentary were passionately traded, as young and old, conservative and liberal, debated engagement in the Black Lives Matter movement. Included was a plea for practical wisdom for families navigating clashes between young people who wanted to join the march, and elders who believed it was wrong. Christadelphians, racism and activism is a broad, emotional, and complex topic with a lived history among Christadelphians, and ongoing challenges. Bro. John Bilello’s 1969 Christadelphian Magazine article in response to that era’s challenges of desegregating ecclesias is a useful read. The Study Day sidebar chat called for further discussion, and raised tough questions going beyond police violence. We end below with a sampling of the broader questions. Isn’t it practical to examine racism and activism through the lens of actual lived experiences of Christadelphians?

My sister and I offer these stories and questions from our family’s multi-generational archives to encourage communication, discussion, and personal introspection. We would love to hear your responses. “Give justice to the weak and the fatherless; maintain the right of the afflicted and the destitute.” (Psa 82:3 ESV). Yes. But how?