Brother Ben Drepaul shares stories from his visit to Barbados. 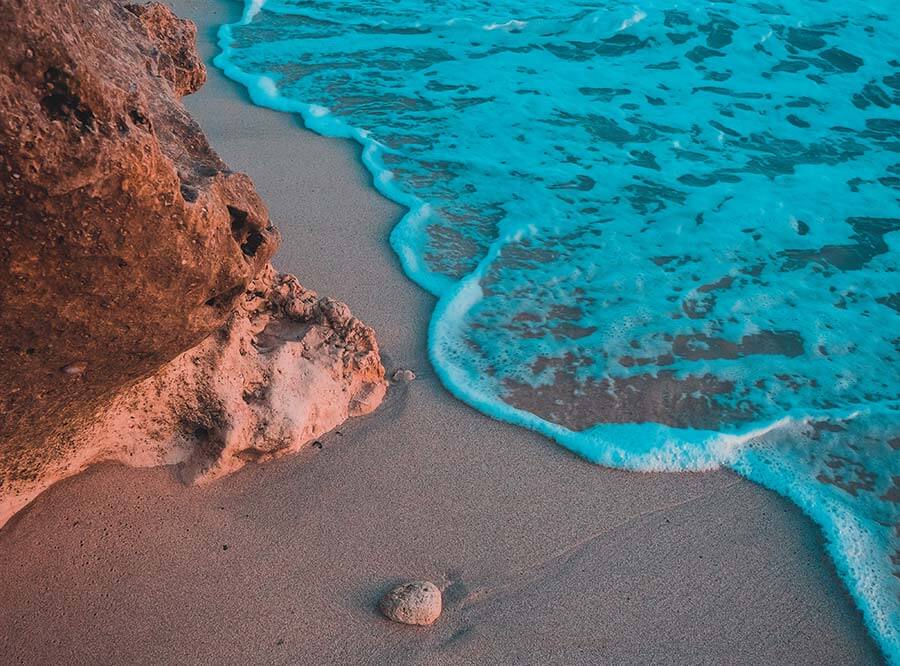 Barbados, one of the paradise vacation spots for people from all over the globe, has recently announced its intention to cease being a constitutional monarchy, therefore removing the Queen as its head of state. Three strong women now head the government: President Sandra Mason, Prime-Minister Mia Mottley and Deputy Prime-Minister Santia Bradshaw, the granddaughter of our own Sister Ida Yearwood, who died in 2019 at the age of ninety-three.

I remember as a kid, she was quite stern. In fact, many of the brethren dared not question her authority. She was one of the oldest members, joining some forty years after the truth first arrived here in 1892. Back in the 1980s, on one occasion, we wanted to sing, “How Great Thou Art” at the CYC, however, she firmly maintained that if it were not in the hymn book, we could not sing it!

On our recent visit to Barbados, upon arrival at the Grantley Adams International Airport, we had to traverse what seemed like the length of the facility, as we made our way to our car rental. Thankfully, Bro. Jonathan Ramlochan was there to guide us to our villa on the West Coast.

Even with GPS, the many round-abouts are quite a challenge to those who are accustomed to stop lights and intersections, not to mention driving on the “wrong” side of the road and sitting in the “right” side of the car. Instead of the turn signal, the wipers came on a few times. However, most Bajan drivers are quite patient, and will allow the silly tourists some leeway since they will only be here for a week or two. So, we were quite grateful to Bro. Jonathan who took time off from Digicel to accompany us on a few occasions across the Island.

It was quite a delight to see our brethren, some after over 20 years. Despite the pandemic still not being completely over on the island, there were about twenty members present at the Bank Hall Ecclesial Hall. These included the Baileys, with Bro. Rudolph at the piano.

I remember him from many years ago and how he got interested in the Truth, after being a musician for years. Also in attendance were the Caines, whom we also met on several occasions at the Caribbean camps over the years. We met with the Haynes, who live a short walk from the meeting place, as do the Ramlochans; Sis. Bev, who lives nearby and ensures that the building is open and ready for meetings each week, Sis. Judy, who also attended several Caribbean camps with the CYCers; Sis. Kim, who remembered me from childhood days, along with Sis. Tania and Bro. Anthony and Bro. Oral and their families. We also had Bro. Clive Drepaul from New York and Sis. Joanne Wilton from Birmingham on their annual visit to the island.

We did notice, however, that there were no Sunday School kids and, upon inquiry, found out that, sadly, some of them were scolded by a sister for running through the building a while back, and since then have stopped coming. Of course, the current pandemic has not helped the situation. It reminded me of an unscriptural policy someone at my own meeting was trying to enforce years ago, that children should not be at the Breaking of Bread.

Thankfully, the arranging brothers were able to squash such a ruling, and we are delighted to have our young ones at our meetings. After all, they are the future of our ecclesias, should our Lord delay his coming. We were also able to chat briefly with Bro. David Bancroft, who has a meeting in his own home with a few members.

One of our highlights was our journey across to Lakes Village, St. Andrew, to the home of Sis. Murl Marshall baptized in 1961. She is one of the oldest residents there. Upon arrival, we saw Sammy (her cousin) sitting on his front porch reading from the Psalms, and were blown away when he immediately not only recognized us from 35 years ago but called out my name. We were able to spend a few hours recollecting some great memories and taking a short tour of the yard, even though the fruits are now being harvested illegally by young men who traverse the island via pick-up trucks, collecting especially the coconuts and selling them for $3 each in the cities.

Another highlight was reconnecting with another family, the Gibsons. Back in the eighties we had gone to the island for a three month missionary stay and had rented a villa from them in Paynes Bay, St. James. The children attended the meeting and CYC with us, but sadly we lost our connection after leaving the island. Now, it so happened, that the street we rented on was the same street they live on. Again, I was completely amazed when Bradley, who now resides in England, but happened to be on the island, recognized and called me by name. Matrina, his sister, is a horticulturist and has numerous plants all over her place. This time, we hope to maintain our connection, in the hopes that they eventually come to a knowledge of the truth.

I attempted to reconnect with Santia, another childhood friend, however, no doubt her duties within the present government and system of things did not allow for that. Hopefully, with a new laptop, webcam and mic, they will soon be able to broadcast via Zoom, so that we can tune in from time to time and lend support to this Caribbean Island.

If you have a love for the island flavor (fresh fish such as Mahi, Rainbow, Billfish, Congalie and flying fish) and do not mind eighty plus degree weather year round, as well as beautiful beaches, then this is the island that could use a few capable brothers and sisters to further the gospel message. Historically, Bajans have been very keen Bible students; even their prime-minister quotes from the Bible, so be prepared to defend the Scriptures, as we all should be!

The Barbados Ecclesia is blessed to have a number of very good Bible students who love the word and are excited by it.
Continue Reading
Reflections