Leavened bread, unleavened bread, or matzo? Mogen David, Moscato, or grape juice? Who knew the Memorial Service could be so complicated? My earliest memories were of one cup of wine, and brothers or sisters worrying about the germs that would be shared. 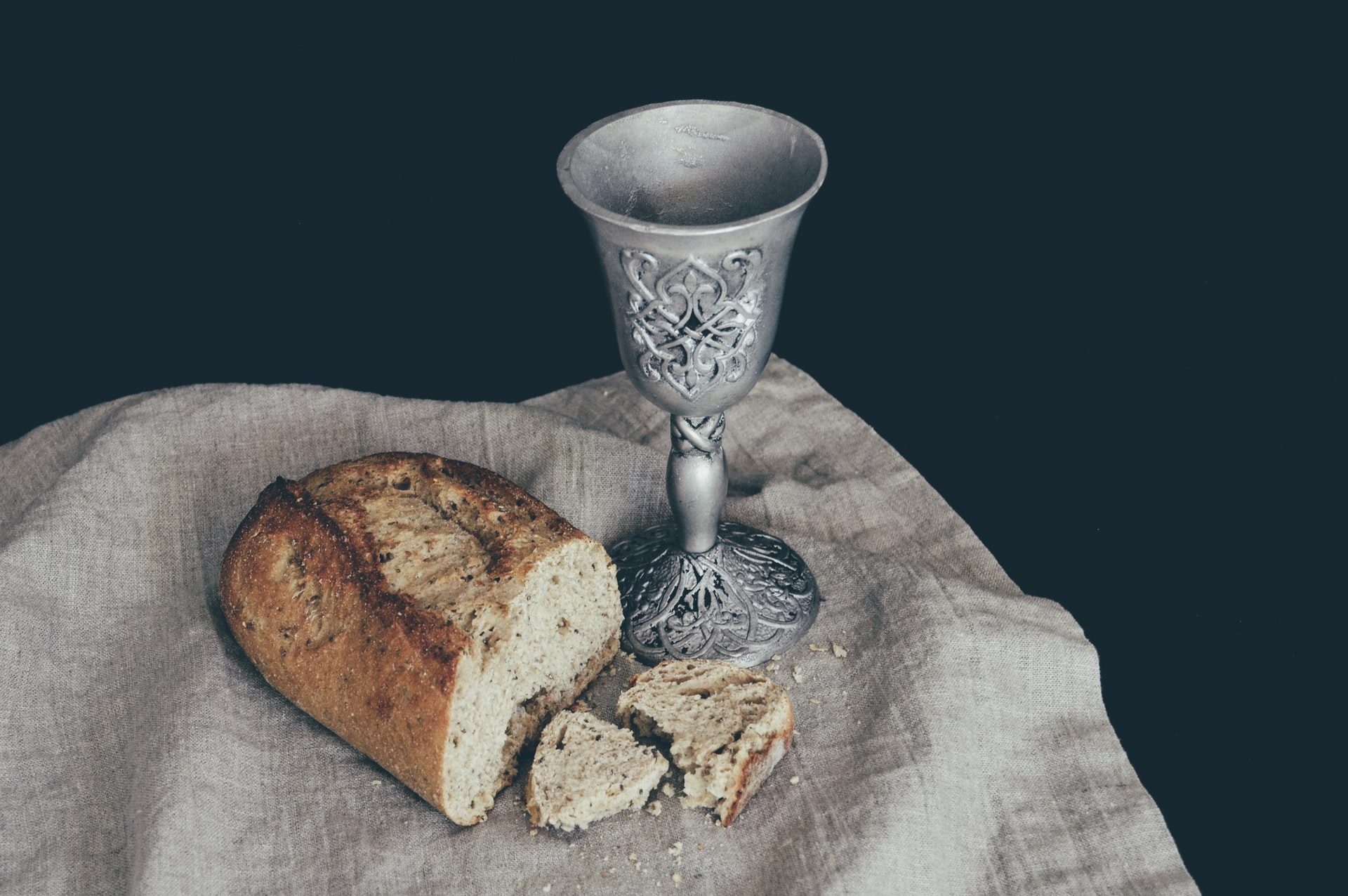 Sometimes the coughing and/or sneezing member or members would move to the back of the hall and take the cup last. In the ecclesia, there was the brother who always insisted on having the cup given to him last, germs and all, so that he could drain the cup. Was he a wino? No, he just thought that Jesus’ command, “Drink ye all of it,” meant that not a drop of wine should be left!

In another meeting, we shifted from a single communion cup to many small cups. One sister was especially insistent on this; her previous meeting had always had individual miniature cups, and why not? So, we changed, and reduced anxiety considerably.

This also had the effect of allowing for certain cups (in the very middle of the tray) to be set aside for grape juice and not wine—since, over the years, some folks asked for this especially. One sister, being the efficient table preparer, worked out a scheme for rapidly filling many small cups: using a small squeeze bottle that had once held honey, and was now filled with wine.

The squeeze bottle was in the form of a bear, I suppose because Winnie the Pooh loved honey. My contribution to this: I named the bear: “Nehemiah, the wine-bear.” (You can think about that for a moment).

Wine or grape juice? Some years ago, we had an ecclesial “Passover” meal— more or less like the Jews do; that was the point. Of course, everyone participated—adults and children alike. There were supposed to be four cups of wine (everyone with his or her own cup).

Careful preparations were made: pitchers of wine for the adults, and pitchers of grape juice for the children. But someone wasn’t paying attention, and one little boy got into the real wine, and polished off several cups. The mistake was discovered when he became especially boisterous while singing the Passover songs.

His mother sniffed his cup and realized the problem, and his parents took him home where he slept it off. No lingering effects, apparently: he is a brother today. But he still recalls his first Passover.

In the new ecclesia, the type of bread was left to the sister in charge of the table, and over the years I’ve seen a wide variety of types (types of bread, that is, not types of sisters!). We have had a single slice of white bread; a single slice of white bread, but with no crust (why the crust was cut off, I don’t know); a small loaf; a large loaf with the crust removed (now that was a real operation); saltine crackers; and, of course, unleavened kosher wafers.

There has also been accommodation for those with the need for gluten-free bread. Should the bread be broken by the presiding brother? Almost certainly, in the upper room, the bread (unleavened) was broken by Jesus, and handed, personally, to each disciple. Or should it be broken by each individual?

The questions can go on and on—until it seems that method has swallowed up purpose, absolutely. Which brings up this question: Should our service be, as much as possible, like the one in the upper room? The first answer might be, “Yes, of course, we ought to get back to the original!”

But the follow-up questions would be: “But how far back? When does form take the place of substance? When does the right way push aside the right attitude? Should we, for example, have nighttime services while reclining on the floor?” Of course not; that would be foolish!

And who should make the final decisions? Seriously, do we sometimes give too much attention to details, and way too little attention to the meaning? Do we argue about the type of bread, and give no thought to the “body of Christ”?

Do we discuss varieties of wine, and forget about Christ’s shed blood? Do we stop long enough to think, why are we doing this?

I remember reading, years ago, about Bro. Elijah Eze, in Nigeria. He was a brother, in isolation in a small village, who fled to the hills and lived in caves with his fellow villagers during a brutal civil war. The armies swept back and forth, through the village, and the villagers hid in the caves, and came out at night to find food and water.

During this long period (six months, I think) he spent his days reading his Bible and talking to every one of his neighbors about his faith, with the effect that, when the war came to an end, and the villagers returned to their homes, there were quite a few new Christadelphians along with Bro. Elijah.

How did they remember their Lord while in the caves? With water or mango juice instead of wine, and with various kinds of edible roots instead of bread. Under those circumstances, would anyone object to these substitutes?

Unity of faith and practice is a precious thing. Surely, we should do everything we possibly can to encourage it. Finding a way so that the type of bread we eat, and the type of grape product we drink, does not create a problem—that would be a big step in the right direction. Then we could focus our minds where they belong: that is, upon the Lord Jesus Christ, our Savior, who laid down his life for all of us.

The Symbols of the Bread and the Wine

Each Sunday we meet together to break bread and drink wine in memory of what Jesus accomplished for us. We remember Jesus in two ways, the bread and in the wine. Have you ever asked why we have two parts to remember? Read on for the answer...
Continue Reading
Life Application
The Nature of the Bread and Wine at the Table of the Lord: Does it Matter?
Continue Reading
Reflections