Christadelphian Comments on Politics and Politicians

We as Christadelphians are not alone in our belief regarding not participating in the governments of this world, neither historically or in this day and age. 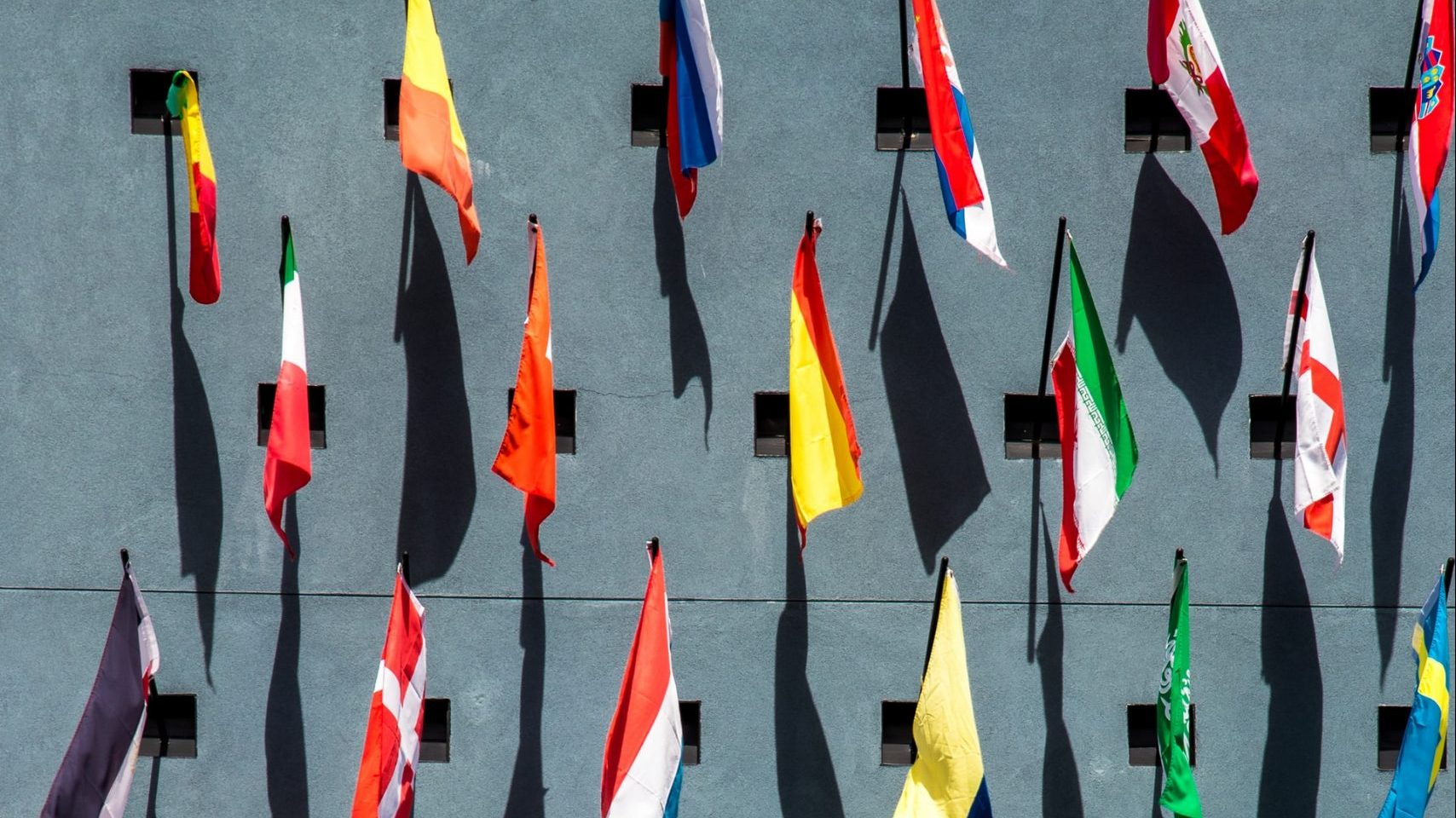 We are inundated by the news media when crisis like Covid-19 and school shootings occur. The news pundits report the event and what the government is, or should be, doing about it. The tragic death of a black man in police custody in May sparked an outpouring of national protests. With cameras everywhere we are all witnesses to some of these horrible events and we are affected by them. We would be less than human if we were not.

Our opinions are formed, and to some degree framed, by the media. Pictures do not lie but the different perspectives of those reporting these events, the information included, and the information left out, can massage the message in the direction of the bias of the reporting source. Some of these issues, again thanks to the cameras, are clear but some are not. There is a difference between “news” and “propaganda” but sometimes it is hard to tell the difference. This is an election year, so our media sources will be filled with the campaigning of the candidates.

Facebook and its peers have provided a platform that enables everyone to become a publisher. Real publishers are answerable to their editorial boards and their sponsors. There is at least a modicum of accountability. But there is almost no control of what people can show and tell via the internet, including immoral material. The same constitution of this country that guarantees us freedom of religion that we all value so highly also guarantees us freedom of speech. Short of yelling “fire” in a crowded theater, we are free to say anything we want. The opinions the people of this world have and the thoughts they express in their reactions to these events reflect who they are.

As followers of Jesus, our thoughts and what we express and share with others, ideally, should reflect who, and whose, we are. We all have been “bought” with a price (a horrific price)¹: therefore glorify God in your body, and in your spirit, which are God’s” (1 Cor. 6:20). Paul’s words to the Colossians 4:4-6 are very apropos: “Walk in wisdom toward them that are without, redeeming the time (ESV “making the best use of the time”). Let your speech be always with grace, seasoned with salt, that ye may know how ye ought to answer every man.”

A Few Scriptural Principles to Guide Us

Whatever we say in these situations should be guided by the fact that we are “not of this world.” We are in it, and we are affected by it, for good (freedom of religion) and by the evils that occur, but this is clearly not God’s kingdom. Speaking out against the evils in the context of preaching about the coming kingdom of God as the Bible’s cure for these evils is the right thing to do. However, the Bible condemns speaking evil about the rulers of the lands in which we live. There is a verse in Exo. 22:28 in the context of several laws God was giving to His people that gives us guidance: “Thou shalt not revile God, nor curse the ruler of thy people”.

A cursory reading might lead us to take this as a general admonishment to not be carping and criticizing those that have the rule over us, as people are sometimes wont to do. However, this verse is picked up by Paul and quoted by him in his defense before the council and Ananias the high priest. Acts 23:1-5

“And Paul, earnestly beholding the council, said, Men and brethren, I have lived in all good conscience before God until this day. And the High priest, Ananias, commanded them that stood by him to smite hm on the mouth. Then said Paul unto him, God shall smite thee, thou whited wall; for sittest thou to judge me after the law and commandest me to be smitten contrary to the Law? And they that stood by said, Revilest thou God’s high priest? Then said Paul, I knew not brethren, that he was the high priest; for it is written, thou shalt not speak evil of the ruler of thy people.”

Paul was being treated in a very unjust manner but still believed that speaking evil of a ruler was not to be done.

Jesus’ prayer in John 17, and His words before Pilate in John 18 are simple, brief statements of our place in these kingdoms of men and they were given in the context of Jesus living out these principles at the cost of the cross. The following is an excerpt from Jesus’ prayer in John. 17: 13-18;

In this world but not of this world. Seven words that sum up our relationship to this place of our sojourning as we wait for the Kingdom of God.

In John 18 we have Jesus’ answer to Pilate’s challenge

Jesus was setting the ultimate example of suffering under injustice. The old ways under the Law of Moses governing the nation of Israel were about to end abruptly. Now the teaching of Jesus to “resist not evil” and to “turn the other cheek” were being exemplified in the silence of Jesus as he was being subjected to the most corrupt, crooked trial imaginable. He did not call for the legion of angels but suffered Himself to be defrauded of His life. It was an example for us.

The Christian’s Relationship to the Governments in the Early Centuries

Gibbon’s “Decline and Fall of the Roman Empire” reveals that during the first 300 years, before “Christianity” became the state religion under Constantine’s edict, Christians did not participate in governments in any way.

“The humble Christians were sent into the world as sheep among wolves; and since they were not permitted to employ force even in the defense of their religion, they should be still more criminal if they were tempted to shed the blood of their fellow-creatures in disputing the vain privileges of the sordid possessions of this transitory life.  Faithful to the doctrine of the apostle who in the reign of Nero had preached the duty of unconditional submission, the Christians of the three first centuries preserved their conscience pure and innocent of the guilt of secret conspiracy or open rebellion.  While they experienced the rigor of persecution, they were never provoked either to meet their tyrants in the field, or indignantly to withdraw themselves into some remote and sequestered corner of the globe.”

We Christadelphians are not alone in our belief regarding not participating in the governments of this world, neither historically or in this day and age.

Another Caution Regarding Our Comments

A citizen of this country who voted, donated to campaigns, attended his city council meetings, served his jury duty and had been in the military might well resent comments from Christadelphians that spoke evil against the rulers and the government when they were unwilling to lift a finger to effect change for the better. America is a democracy and theoretically everyone has the right and duty to take part in correcting and improving it as the occasion merits. He might conclude that those criticisms were the whining complaints of people who justified their lack of willingness to pitch in and work on some weird understanding of the Bible. Hardly a good introduction to our beliefs and hopes.

Hearing criticism from someone who is not willing to pitch in and help has never been appreciated. There is a famous quote by President Theodore Roosevelt that puts the point on this head:

“It is not the critic who counts; not the man who points out how the strong man stumbles or where the doer of deeds could have done them better. The credit belongs to the man who is actually in the arena, whose face is marred by dust and sweat and blood; who strives valiantly; who errs, who comes short again and again, because there is no effort without error and shortcoming; but who does actually strive to do the deeds; who knows great enthusiasms, the great devotions; who spends himself in  a worthy cause; who at the best knows in the in the end the triumph of high achievement, and who at the worst, if he fails, at least fails while daring greatly, so that his place shall never be with those cold and timid souls who neither know victory or defeat.”

What a powerful exhortation for us to continue to preach!

The Government We Are Looking Forward To

I grew up in a Christadelphian family, and experienced the implementing of the teachings of Jesus in practical ways regarding our separation from this world’s governments. I was not allowed to join the Boy Scouts, which I very much wanted to join, because of its patriotic overtones. I have always loved camping and the outdoors, so I was very disappointed. I could not join the junior high school marching band because it marched in political parades. I was only 8 years old when WW ll ended, but even then I had been taught that Christadelphians are conscientious objectors. We did not go to war.

We all like to belong. We all love to have friends and be part of things. And peer pressure is powerful, especially when we are young. Trying to live and speak in this world in ways consistent with our beliefs and to raise our children in the context of these principles tries us, even as they must have tried Abraham and his children.

Besides everything else that is wonderful about God’s plan for this earth, Christ’s return and the end of sickness and death, we can all really look forward to being part of and 100% vested in everything having to do with being active in the coming kingdom. We are in the process of being trained to be Kings and Priests and to participate in administering righteous laws and teaching the mortal population how to obey and worship God. No longer will we be “in the world but not of it”.

“By faith Abraham, when he was called to go into a place which he should after receive for an inheritance, obeyed; and he went out, not knowing where he went. By faith he sojourned in the land of promise (we too are sojourning in the land that we have been promised. These lands in which we live today will all be part of the worldwide kingdom of God.) as in a foreign country, dwelling in tents with Isaac and Jacob, the heirs with him of the same promise.” (Heb. 10:8-9)
“These all died in faith, not having received the promises but having seen them afar off, and were persuaded of them, and embraced them, and confessed that they were strangers and pilgrims on the earth” (Heb. 10:13) .

And we have also been called out: “But the God of all grace, who hath called us unto the eternal glory by Christ Jesus, after that ye have suffered a while, make you perfect, stablish, strengthen, settle you”. (1 Pet. 5:10)

If our hearts are filled with this hope into which we have been baptized through Jesus, what we say and share will be positive and helpful, for “out of the abundance of the heart the mouth speaketh.”

“Let your speech be always with grace, seasoned with salt, that ye may know how ye ought to answer every man.”(Col. 4:6)
“Even so, come Lord Jesus”.

But there was one, and only one, disciple who was literally, physically crucified with Jesus. …
Continue Reading
Reflections

God has frequently assured mankind, and in particular His faithful followers, that His Kingdom will…
Continue Reading
Reflections

Shouldn’t my faith be able to handle this? Why am I so upset? The psalmist does not…
Continue Reading