Joshua is one of the best types of Christ in the Old Testament. They even share the same name, Jesus being the Greek form of Joshua. In today’s reading in Joshua 10 we have a couple of interesting types based on two things Joshua does at the end of one of the battles in Canaan. 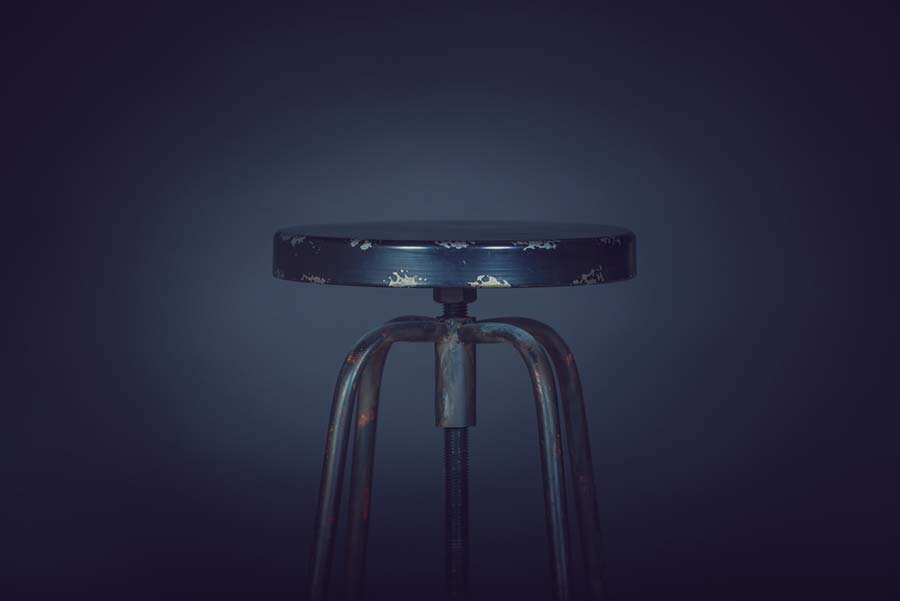 Joshua is one of the best types of Christ in the Old Testament. They even share the same name, Jesus being the Greek form of Joshua.

In today’s reading in Joshua 10 we have a couple of interesting types based on two things Joshua does at the end of one of the battles in Canaan. After cornering five kings of the Amorites in a cave, Joshua told the chief men of his army to “Come near; put your feet on the necks of these kings.” (v24). Then we’re told “afterward Joshua struck them and put them to death, and he hanged them on five trees.” (v26).

The strangeness of both things stands out. Why put your feet on the necks of the kings? What was the point of that? And usually you would hang people in order to kill them, not kill them then hang them. What we have here are two object lessons illustrating some important principles to do with what Joshua points forward to – Christ’s victory over his, and our, enemies.

Picture the scene; the Amorite kings lying prostrate on the floor and Joshua’s men sitting down above them with their feet on their necks. They’re using them as a footstool, which echoes with one of the most famous prophecies of Christ in the Old Testament –

Putting an enemy under your feet and using them as a footstool is a symbol of having power over them. Christ has been exalted to God’s right hand because he overcame his enemies by rising from the dead and ascending to heaven. It all points forward to the time when he will return and reign from Jerusalem –

“Then comes the end, when he delivers the kingdom to God the Father after destroying every rule and every authority and power. For he must reign until he has put all his enemies under his feet. The last enemy to be destroyed is death.” (1 Cor. 15:24-26).

“You have given him dominion over the works of your hands; you have put all things under his feet” (Psa. 8:6).

The idea of Christ having dominion over “all things” is illustrated in what Joshua says in verse 2 – “For thus the Lord will do to all your enemies against whom you fight.” There’s a wonderful message for each of us here. Joshua, Psalm 8 and where it’s quoted in the New Testament repeat the principle that all enemies will be defeated. There is nothing in our lives too powerful for our Lord to help us overcome and defeat.

Why did Joshua subsequently kill the Amorite kings and then hang them? Paul provides the answer in Colossians 2:15. When talking about Christ’s death he says Jesus “disarmed the rulers and authorities and put them to open shame, by triumphing over them in him.” By being lifted up on the cross there was a public show made, not just of the need to crucify the flesh, but also where the actions of the rulers and authorities of Christ’s day led to – the murder of an innocent man. Joshua illustrated it by hanging the corpses of the kings on trees, an open show of the sinfulness of sin, where sin leads and how sin should be dealt with.

Despite being put to death Jesus had the ultimate victory over the rulers and authorities, and Paul again brings out the principle –

“the working of his great might that he worked in Christ when he raised him from the dead and seated him at his right hand in the heavenly places, far above all rule and authority and power and dominion, and above every name that is named, not only in this age but also in the one to come. And he put all things under his feet” (Eph. 1:20-22).

When we go out and fight our spiritual battles, we can do so with the confidence that “The God of peace will soon crush Satan under your feet.” (Rom. 16:20). The captain of our salvation is at God’s right hand, a position of power, and just as Joshua was empowered to win the battles against the Canaanites so we will too with our Lord strengthening us. Our banner is the victory of our Lord had over sin and death, the risen Christ. We can win every battle against sin and the world around us by keeping him at the forefront of our minds.