Commandments of Our Lord

What uniquely binds us together as a global body of believers is our Statement of Faith. 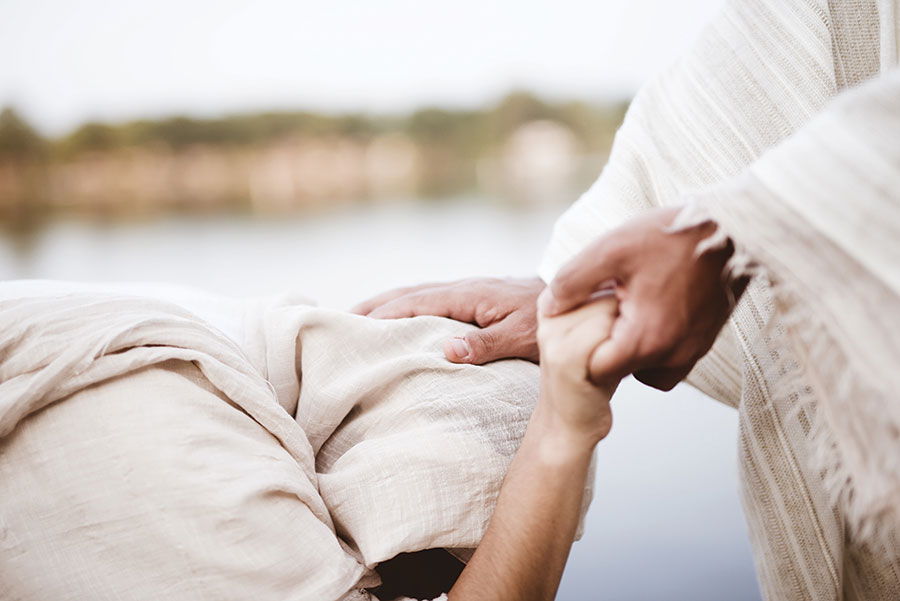 This list of First Principle teachings, along with the Doctrines to Be Rejected and the Commandments of Christ, serve to unite us, transcending the passage of time as well as national and cultural differences. They represent teachings that can be broadly supported throughout the Bible and are not excised from one or two obscure passages. Our community upholds that these are the basis of knowledge that can lead to salvation.

One would not be surprised to learn that the Statement of Faith and Doctrines to Be Rejected were specifically intended to differentiate Christadelphian believers from false teachings prevalent in Christendom. The same is also true for the Commandments of Christ. How we apply what we believe has always been viewed as critically important.

It too is a differentiator for Christadelphians, as we attempt to follow the principles of primitive Christianity. Our behavior demonstrates what we believe. As Bro. Roberts wrote in the Ecclesial Guide, “’Christian’ has become inexpressive, as the definition of a true believer. A Christian, in the first century, was one who received the doctrine of Christ as apostolically expounded, and who made the commandments of Christ the rule of his life.”1

Our behavior demonstrates what we believe.

The Commandments of Christ have commonly been given as a baptismal gift or to Sunday school scholars. One version lists 53 commands and another catalogs 100. Of these two, the shorter version has long been a staple in Christadelphian worship. It was surmised that the shorter version may have coincided with the number of Sundays per year, with one being read during Memorial Service each week.

The commandments of our Lord instruct us about how we are to behave as men and women who share a common belief of the First Principles. They are, without doubt, the yardstick of measurement for who we are and what we must become. It was these commandments on how to live that left his disciples astonished and searching for greater faith.

For the First Principles to have power in our lives, it is a necessity to adhere to the commandments of our Lord in the way we interact with one another and the world around us. This may be the best way for us to publicly display our love and honor of the Lord.

It is interesting to note that of the 53 commandments, nearly 20 deal with how we handle conflict. In a world that progressively has no moral compass for handling conflict or differences, the teachings of our Lord have never been more useful. Our Lord instructs us to do things that are unnatural for our flesh. Bless them that curse you (Luke 6:28). Agree with your adversary quickly, submitting even to wrong for the sake of peace (Matt 5:25). Trust that God is in control of all facets of our lives.

A commitment to these principles is the roadway to true unity in our community and our personal lives. Solving differences in a Christ-like manner has been a challenge to all ages.

Bro. Islip Collier wrote a wonderful article about controversy and conflict in 1924. In his article (later captured in Principles and Proverbs), he reminded all believers that if we would “saturate our minds with the clear principles stated and reiterated in the Word, it might put an end to nearly all the destructive disputing, merely by removal of unnecessary provocation.” Further, he commented on how easy it is for us to deceive ourselves into thinking that unrighteous and unjust extremes are simply evidence for one’s zeal for the truth.2

There is an interesting case study on how a major church, the Worldwide Church of God, eventually fragmented.3 Many of the problems that surfaced in the 1970s were largely about doctrinal issues. However, it was how they dealt with the debates and dissent that ultimately polarized them.

We are a community committed to regularly reading the Word and meditating upon it.

Their community identified with individual leaders on specific challenges to doctrine, rather than working them out as a community. Soon disagreements turned into personal attacks. Today, most of the Worldwide Church of God has abandoned all of Herbert W. Armstrong’s distinctive teachings and have largely adopted the teachings of “mainstream” Christianity.

Our community, organization and teachings differ greatly from those of the Worldwide Church of God, though there were initially some similarities However, the warning to us is completely relevant. We must preserve the truth. It is a gift we have received that is like a pearl of great price, incomparable to other possessions. Our legacy as believers has been that all doctrines are subject to continuous review through the reading of Scripture.

We are a community committed to regularly reading the Word and meditating upon it. As we do this, there will most certainly come honest and provocative questions from brothers and sisters. It is how we address these issues that will determine whether our eyes were fixed on the Commandments of Christ.

Will we be able to have discussions on issues and challenges without showing envy and strife, confusion and every evil work (Jas 3:16)? Can members of our community raise questions safely and know that there will be loving Scriptural examination and not personal attacks? Of the billions of people on this earth, there are so few that hold to the wholesome principles of the Truth.

When we are interacting with one another, it calls for a special sense of awe and respect. Paul exhorted us to “be kindly affectioned one to another with brotherly love; in honor preferring one another.” (Rom 12:10). Vine translated “preferring” as “the sense of taking the lead in showing deference.”4

We show this love for one another because it is what our Lord commanded. Doing so demonstrates that we honor him. Each of us owes a great deal to our community. We fully acknowledge our personal need for improvement in applying these principles regularly. The Lord is opening new windows of opportunity throughout the world. It would be good for us to embrace the Commandments of Christ, for in these provocative words we may find the solutions to the challenges that lie ahead.

1 A Guide to the Formation and Conduct of Christadelphian Ecclesias, Robert Roberts, First edition 1883, reprinted 1982

3 The Fragmentation of a Sect: Schism in the Worldwide Church of God, David V. Barrett, Oxford University Press, 2013