But there was one, and only one, disciple who was literally, physically crucified with Jesus.  He is usually called “the thief on the cross”. 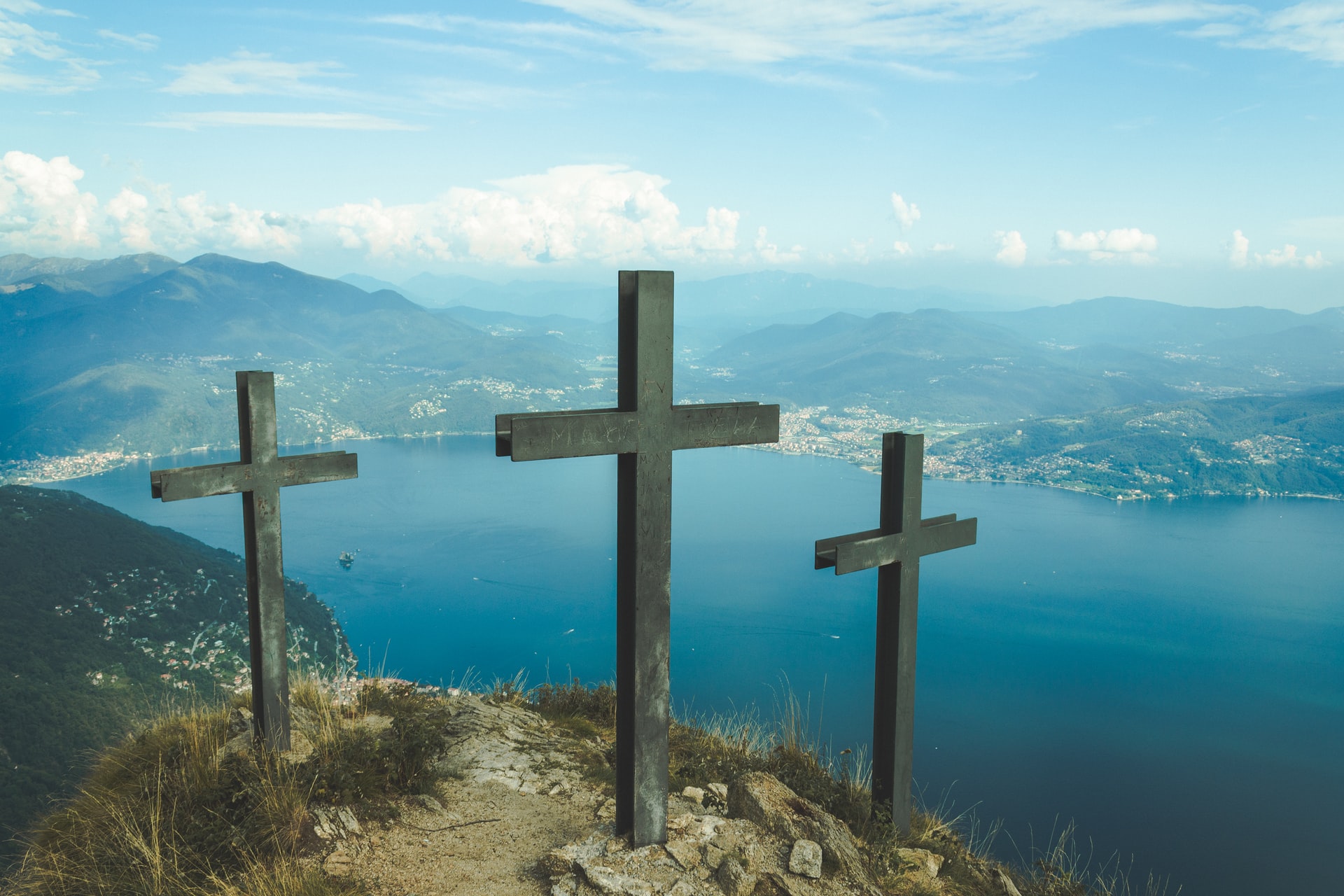 “I have been crucified with Christ,” Paul writes to the Galatians.  He touches on the same idea in Romans 6, where he says of all who have been baptized into Christ, that “our old self was crucified with him.”  Jesus himself originated the idea, telling us that anyone who would follow him must take up their own cross and follow him—clearly meaning to follow him to death, on that cross.

But there was one, and only one, disciple who was literally, physically crucified with Jesus.  He is usually called “the thief on the cross”.  The Greek words used to describe him and his partner mean criminal (Luke), and plunderer (Matthew and Mark).  Not merely thieves, which would be a different word, but violent armed robbers.

Does it come as a surprise that I suggest one of them was a disciple?  Listen to what he says:

One of the criminals who were hanged railed at him, saying,

“Are you not the Christ? Save yourself and us!” But the other rebuked him, saying, “Do you not fear God, since you are under the same sentence of condemnation? And we indeed justly, for we are receiving the due reward of our deeds; but this man has done nothing wrong.” And he said, “Jesus, remember me when you come into your kingdom.”  (Luke 23:39-42)

This is a confession of faith, and a truly astounding one at that!  This criminal believed:

How many disciples were there who had this degree of understanding at this time?  Besides this criminal, it seems only Joseph of Arimathea and Nicodemus grasped it.  The criminal’s level of understanding establishes that he had been a follower of Jesus, and not only absorbed his teaching, but went way beyond what the twelve grasped.  And he believed it.

Jesus welcomes and rewards confession and turning back to him.

Although we aren’t told, can we not understand?  It’s not as though there aren’t other examples of people’s faith collapsing.  Of the people who knew the Lord best, who had followed him and listened to him for years, who believed he was Messiah:  Judas sold Jesus out, the other eleven ran away, Peter denied he even knew Jesus.  People fail, even when we know better.

It is not hard to imagine a former robber, genuinely reformed, a true follower of Jesus…but unable to get a job, getting sucked back into his old way of life.  Can we not see ourselves here?

We each have our own relapses.  The inspiring thing is that Jesus welcomes and rewards confession and turning back to him.  This criminal, knowing better, had become a truly bad man, had gone far away from what he knew—but even he is welcomed back, Jesus recognizing genuine repentance.

There is hope, then, for all of us.  But we must be crucified with Christ.  The old life has to end.  Even if we have relapsed, it is not too late to pick up the cross and rejoin him.  As he said, only by losing our life, can we find life.