The way that Ananias addressed Saul, recorded in Acts 22:13 – “Brother Saul”, is almost unique in Scripture. In fact, the only other occurrence where someone is called “Brother” or “Sister” before their name in Scripture is in Acts 9:17, which is also referring to Paul in Acts 22. 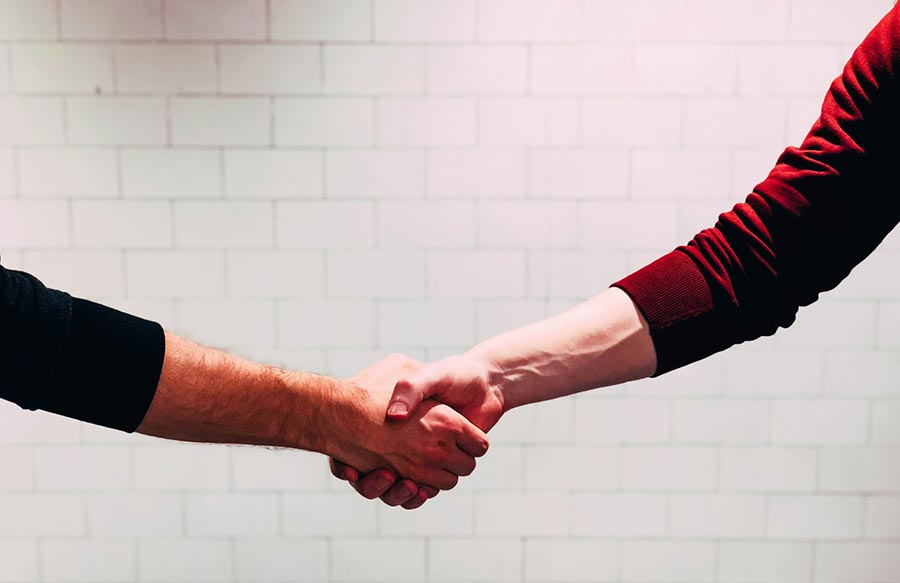 The way that Ananias addressed Saul, recorded in Acts 22:13 – “Brother Saul”, is almost unique in Scripture.

In fact, the only other occurrence where someone is called “Brother” or “Sister” before their name in Scripture is in Acts 9:17, which is also referring to Paul in Acts 22. And what is even more interesting is this was before he was baptized. In Christadelphia we often refer to someone as “Brother” or “Sister” before using their name, but it’s hard to really show it’s a scriptural practice. And it can become one of those things where an important word or concept loses its meaning through overuse or over familiarity.

Another example is the typical ending of prayers where it is common to say something like “in the name of Jesus Christ, Amen.” It can feel as if the prayer isn’t complete if we don’t end it in that sort of way. But, just like prefacing someone’s name with “Brother” or “Sister”, it’s not really a scriptural concept to use that form of words. The only occurrence coming close to it I can find is in the prayer recorded in Acts 4 where the prayer of the apostles’ ends with the words “the name of your holy servant Jesus.” (v.30). But that’s not in reference to the mode of the prayer; rather it’s referencing the “signs and wonders” they talk about in the prayer, which were done in Jesus’ name.

While there’s nothing wrong, per se, in using these forms of words, and calling someone “Brother” or “Sister” is often meant in an affectionate way, we must be careful we don’t miss their import. When Ananias said “Brother Saul” it wasn’t something he just did by habit. Remember: Saul wasn’t even baptized at this point. But what hadhappened is the once persecutor of the ecclesia had become a disciple of the risen Lord. By calling him Brother Saul, Ananias was signalling the importance of the life-changing event of the one who was called to be the apostle to the Gentiles.

It’s not necessary to call each other “Brother” or “Sister” but it is vitally important that we truly are brothers and sisters to each other.The question we have to ask ourselves is this: we commonly refer to each other as “Brother” or “Sister”, especially in formal occasions, like when calling on a brother to read or pray, or when addressing each other in correspondence. But what’s hugely more important than using the word is treating one another as our brothers and sisters in Christ. We shouldn’t have to use the terms if we truly are brothers and sisters. There is a danger in turning it into a formal title rather than what it should be – something that refers to our bond in Christ. In fact, I have even heard the “Brother” or “Sister” reserved for times of rebuke, for instance – “Brother Richard! Please stop eating the refreshments!” with the “Brother” being uttered in an accusatory tone.

It’s not necessary to call each other “Brother” or “Sister” but it is vitally important that we truly are brothers and sisters to each other. Likewise, it is not necessary to end our prayers in the common formal manner, but our prayers do still need to be said in the name of Jesus Christ. Just like with “Brother” and “Sister”, saying “in the name of Jesus Christ” can lose its meaning and end up becoming just a way to end prayers so everyone knows it’s almost time to say Amen and sit down. Do we know what it means to utter prayers in the name of Jesus Christ? And do we know what it means to say “Amen” at the end of a prayer? That has scriptural precedent but can still become just something we add on the end to signal the prayer is over.

The only man in Scripture ever referred to as “Brother” something, Saul, was leaving a religion that was all about formalities, doing things by rote, and missing the point of its various rituals. Let’s not undermine the memory of Saul’s conversion by going back to a similar empty religion where we might call each other brother or sisters but we aren’t treating each other as siblings in Christ. Our use of terminology should reflect the real meaning behind it, otherwise they’re just empty words.

Words of Comfort, Words of Truth

The Bible says, “Be transformed by renewing of your mind.” (Rom 12:2). This includes how we look at everything in life. I try to put that into the songs so people can feel better about themselves and process things.
Continue Reading
Minute Meditations
Don't do it
Continue Reading
Reflections