Drawing the Line at Jury Duty

For me, the journey started at the end of a long, boring day sitting in the court’s waiting room with 300 other potential jurors. I had read all of the books and magazines that I could, and I was ready to go home. It was almost 5:00 pm on a Friday, and I had been sitting there since 9:00 a.m. 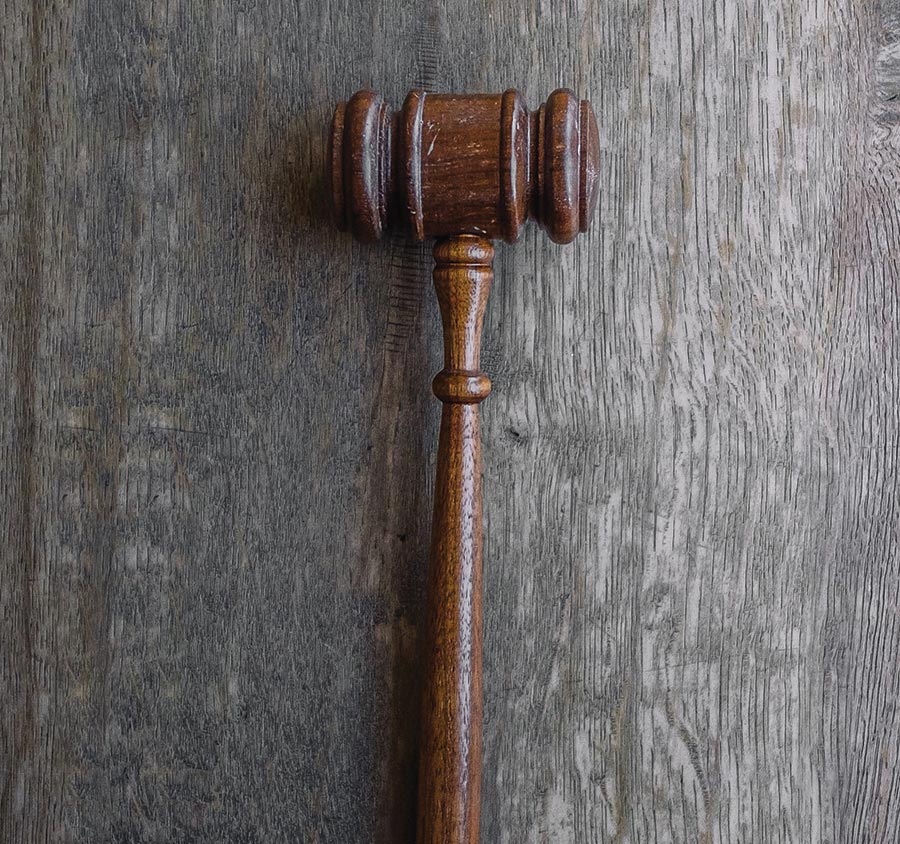 For me, the journey started at the end of a long, boring day sitting in the court’s waiting room with 300 other potential jurors. I had read all of the books and magazines that I could, and I was ready to go home. It was almost 5:00 pm on a Friday, and I had been sitting there since 9:00 a.m.

Each state, and sometimes each county, has its own jury process, but where I live you don’t have an option regarding Jury Duty. Our laws were changed to allow juror selection to come from a pool of everyone who has a driver’s license and is above age 18.

You can only be called once every 12 months, and for 20 years I was called into the county courthouse every 24-36 months for another long day of sitting and waiting. I have never been selected to be called up to a courtroom. In the county where I live there are typically 300 potential jurors randomly assigned numbers sitting in the waiting room. When a judge in one of the courtrooms above us decides that a jury is necessary, he calls down for the clerk to select a panel of 24-30 individuals to report to the courtroom. Some days I sat there, and no jury was ever even called upstairs. Some days several juries were called, but I was “lucky” and never called up.

On a Friday that I had spent 8 hours playing Solitaire, something unique happened at ten minutes before Five. There was a young, particularly civic-minded judge in the courthouse that day, and he took the opportunity to come down to the waiting room at the end of the day to thank us for our service. He stood before the crowd and said, “I want to thank you for your service today. Yes, even though you were not called up to join a jury panel, you did serve an important and vital purpose today. When I am negotiating with the attorneys over how we are going to handle the case before me, I can remind them that I have 300 potential jurors waiting downstairs ready to try this case.” He wanted us all to understand that even though we weren’t asked to come upstairs that we still fulfilled an important role in the justice system.

That caused me to think.

Let’s first talk about the reason why I don’t feel that I should serve on a Jury. I’m sure that most believers have their own reasons and understanding of the Bible, and I would like to explain mine.

Thou shalt not judge

I am not concerned at all about judging people. Some people may turn to Matthew 7, and be guided by the words of Jesus: “Judge not, that you be not judged.” (Matt 7:1 ESV.) I do not understand these verses in the legal context, and instead, I am guided by Paul’s words in 1st Corinthians 6:

“When one of you has a grievance against another, does he dare go to law before the unrighteous instead of the saints? Or do you not know that the saints will judge the world? And if the world is to be judged by you, are you incompetent to try trivial cases? Do you not know that we are to judge angels? How much more, then, matters pertaining to this life!” (1 Cor 6:1-3 ESV.)

I understand that Paul is specifically teaching against going to court against a brother, but I feel that his words are clear. Who better than a wise, biblically sound, morally guided brother or sister to sit on a jury and hear a legal case? Actually, I feel that most Christadelphians would make ideal jurors. That is not why I choose not to serve.

Thy will be done

Thou shalt not kill

I know some brothers and sisters who feel that they could not, for the sake of conscience, ever participate on a jury because they fear that the jury could render a guilty verdict leading to the death penalty. The Bible is clear in its message against murder, and for many brethren, capital punishment is equivalent to murder. Most courts are sensitive to such convictions, and if a state allows the death penalty, usually neither judges nor lawyers want a juror who cannot vote his or her conscience.

My kingdom is not of this world

Ding. Ding. Ding. Now we come to the reason that has moved me to decide against Jury Duty. Even beyond Jury Duty, the understanding of this concept guides me to avoid voting, serving in public office and military service as well. I do not consider myself a citizen of this country. I try my best to live a life that reflects the fact that my citizenship is in heaven and not part of this (frankly corrupt and ungodly) system on the earth.

As a young man I memorized this verse:

This principle continues to guide me as I ponder these issues so many years later. Like all good truths in life, it seems to become clearer and stronger as experiences and circumstances shape my personal development. As I’ve mentioned above, other arguments have eroded in my valuation, but this one seems to be growing stronger.

This simple concept guides how I choose to act and behave in society. “our citizenship is in heaven, and from it we await a Savior, the Lord Jesus Christ.” (Phil 3:20 ESV). If I were a citizen of another country then I wouldn’t even be allowed to serve on a jury, hold public office, serve in the military or even vote.

So, guided by this clear conviction that I am not a citizen of this world and shouldn’t participate in its legal processes…The message I heard from that young judge on that Friday afternoon has changed my opinion on how I should deal with Jury Duty.

Where do you draw the line?

For me, that is where I have drawn the line. I understand that most people feel that there is an opportunity later on in the process to stand up for their religious beliefs and be excused. I appreciate that position and fully understand why believers might take that view.

Romans 13 is one of the most helpful chapters in the Bible in guiding us about how to interact with the government above us. Romans instructs us that “there is no authority except from God, and those that exist have been instituted by God.” (Rom 13:1 ESV).

This is an extremely important point, and in this volatile political climate one that is easy to forget. Brothers and sisters get quite upset (and rightly so!) over the unjust, unloving, immoral and sometimes illegal actions of our elected officials. We can, like righteous Lot, “vex our righteous souls” (2 Peter 2:7-8) because we are distressed about the wicked actions occurring in society around us. Romans reminds us that when the authorities are acting ungodly, it is not our place to resist them, for “whoever resists the authorities resists what God has appointed” (Rom 13:2). Remember, Paul wrote this during the reign of Nero, an emperor well known for a variety of illicit acts.

Even though I have decided to draw the line on Jury service by not appearing for the jury pool that doesn’t mean that I am encouraging rebellion against authority. I understand the importance of learning this spiritual trait, and what better way to learn true submission than choosing to submit to those who haven’t earned it by their actions. I pay taxes, I follow the laws and I fill out all of the forms that I am asked to complete.

Obey God rather than men

Sometimes this is not possible. We think of the perfect example when Peter and the apostles were charged by the authorities not to preach!

“And the high priest questioned them, saying, ‘We strictly charged you not to teach in this name, yet here you have filled Jerusalem with your teaching, and you intend to bring this man’s blood upon us.’ But Peter and the apostles answered, ‘We must obey God rather than men.’” (Acts 5:27-29 ESV).

Of course, we should obey the law of the land…unless that law conflicts with the word of God. I have determined that I’m willing to suffer the consequences of my decision if the government decides to prosecute me for my actions. The state of California does not allow me the option (which they used to) of opting out of the system completely.

I’m not trying to imply that I have performed some great, heroic task of bravery. I simply write a letter to the County Clerk informing them that I won’t show up when called for Jury Duty. Nonetheless, I think of Daniel’s friends when I think about my decision. Nebuchadnezzar had made a 90-foot-tall statue, covered it in gold and put it in the middle of a flat plateau in Babylon. A law was passed to bow down towards the statue whenever the royal music played each day.

Daniel’s friends had choices. They could have capitulated, changed their religion and decided to worship an image. That wasn’t the kind of people that they were. They could have done what I probably would have done: Fake it. They could have taken the opportunity to bow to the ground and say a silent prayer to the Almighty God. From the outside they would have looked like everyone else and they would have avoided any trouble. They chose not to.  They chose to take a stand and make a statement to the governing authorities. Nebuchadnezzar calls them out for it.  Look at their response in Daniel 3. I love their courage and conviction! God can deliver us from whatever you bring upon us… and even if He doesn’t, we still feel that this is important enough that we will do the right thing regardless of what happens.

I believe that my Lord’s kingdom is not of this world, and therefore I shouldn’t be a part of this world’s system. This belief guides me to not serve on a jury, hold public office, serve in the military or vote in elections. I have come to the conclusion that if I choose not to serve on a jury, then I shouldn’t even be a part of the pool of potential jurors provided to the court to choose from. Whenever I receive a Juror Summons from the county, I send a return letter explaining my religious beliefs, and how my convictions do not allow me to join the pool of potential jurors. This letter does not cause them to excuse me, and as I don’t appear, I realize that there may be ramifications for me sometime in the future.

Everyone has to decide for themselves on issues like this. We all have to decide where we are going to draw the line in our relationship with the state. Do we decide not to sit in a juror box, or decide to not even show up?

I understand that some believers feel that it is appropriate for them to serve on a jury and have done so. This is not the decision that I have made for my life in Christ. I pray for God’s strength in your life as you decide where you are going to draw the line on this issue.