One of the reasons why God puts us through trials is for us to develop empathy with others. In Deuteronomy 15 the principle is explained in the law about how Israelites were to treat their slaves. During the year of release, they were to “let him go free from you, you shall not let him go empty-handed. 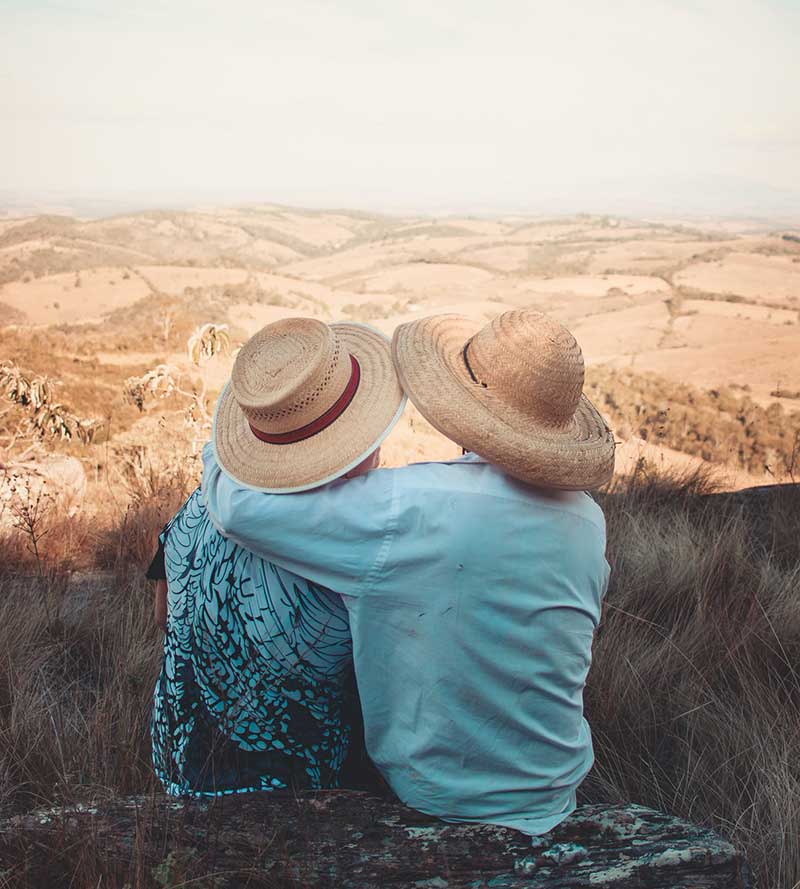 One of the reasons why God puts us through trials is for us to develop empathy with others. In Deuteronomy 15 the principle is explained in the law about how Israelites were to treat their slaves. During the year of release, they were to “let him go free from you, you shall not let him go empty-handed. You shall furnish him liberally out of your flock, out of your threshing floor, and out of your winepress.” (v.13-14). Why were they do to this? Because “As the Lord your God has blessed you, you shall give to him. You shall remember that you were a slave in the land of Egypt, and the Lord your God redeemed you” (v.14-15). God allowed his people to suffer in Egypt, and experience the joy of release from that bondage, that they might learn empathy and treat others in the right way.

When we haven’t gone through similar experiences as others it’s difficult for us to understand what they’re going through. The Preacher in Ecclesiastes in our reading from chapter 7 is thinking along similar lines when he says, “Do not take to heart all the things that people say, lest you hear your servant cursing you. Your heart knows that many times you yourself have cursed others.” (v.21-22). It’s easy to get defensive when we’re on the receiving end of bad treatment from others. In this scenario in Ecclesiastes someone hears their servant cursing them, which was probably not an unusual event. One thing for the slave owner to think about in this situation is what might have caused the servant to curse him – likely because he wasn’t treating his servant the right way. But more than that, the Preacher tells us our own hearts convict us when we realize “many times you yourself have cursed others.” It’s easy to get defensive when you’re on the receiving end, but so often we forget our own weaknesses.

These same thoughts are picked up in another section in Ecclesiastes where, once again, the Preacher is bemoaning the pointlessness of life. At the core of what he’s saying is the vain search for virtue in himself and others. His conclusion, much like Paul’s conclusion in Romans, is “Surely there is not a righteous man on earth who does good and never sins” (v.20). That’s what Jesus helped the Jews understand when he said, “Let him who is without sin among you be the first to throw a stone at her.” (John 8:7). They all realized the principle and while their sin was probably not the same as the woman caught in adultery, every one of us has something in our lives where we have sinned.

The Preacher’s advice comes from the point of view of the pointlessness of life where everyone dies in the end, whether they try to be righteous or not: “Be not overly righteous, and do not make yourself too wise. Why should you destroy yourself?” (v.16). Something the Jews were very good at was being overly zealous in their religion and searching for righteousness, and yet that didn’t lead them to living lives that actually were righteous. Instead that lead to them put God’s son to death and justifying it by technicalities in their law. We can do the same when we try to hide the fact of our sinfulness by getting very, very busy with religious duties and rituals, making sure that we do everything decently and in order. But adding a lot of busyness and formality to our religion – more rules and specific ways to do things the right way, or whatever else we do to strain at finding righteousness – can’t hide the fact that there is not a righteous man on earth who does good and never sins. In the end we can end up forming a fig leaf religion which produces hypocrisy and judgmentalism as we see in the Jewish religion of the first century.

The answer is to come back to the principle of Deuteronomy 15. It’s only when we confess our own sinfulness, stop judging others and realize we’re all in the same boat, that we can row together instead of throwing one another overboard.