We are called to become a connected, united family of faith, through which all nations will be blessed. 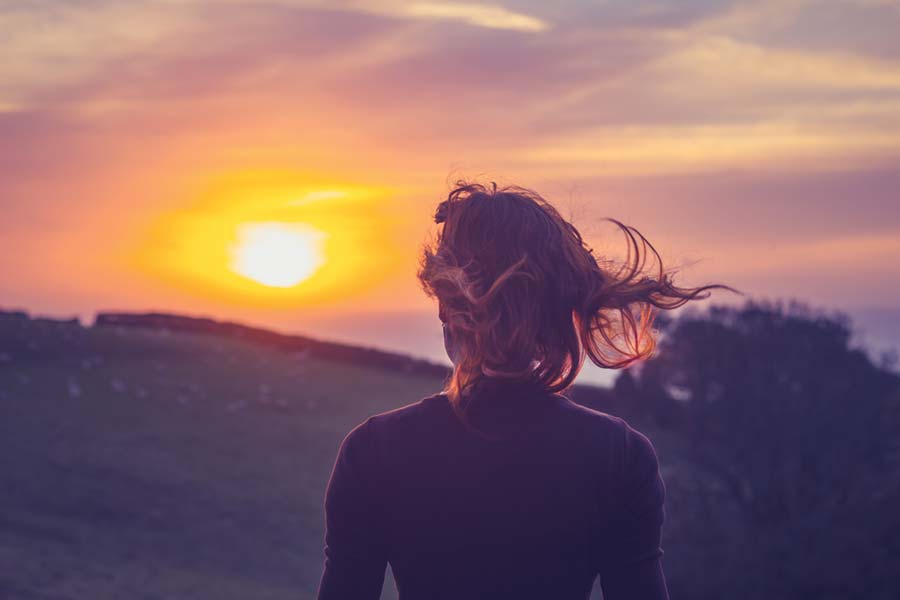 At a time in history when your identity and value as a person were based on which tribe you belonged to and who your ancestors were, a startling message appeared in early Jewish scriptures. That message was this: everyone is descended from one human pair, and anyone can become part of God’s spiritual family.

A short poem in Genesis 1:27 presents all of humanity as one collective image of God: God created humanity in God’s own image, in the divine image God created them, male and female God created them.1 The narrative could then have moved on to the placement of a human pair in a beautiful garden and introduced us to the trees and the serpent. But, as if to hammer home this idea of a collective image, we are told in chapter 2 that the humans were not simply created separately and then placed together. Instead, one human was split into two parts before being made whole again.²

And then, something else leaps from the page—the narrator’s reference to a man leaving his natural family to start his own new one. Someone else, later in the same Book, was asked to leave his own father’s house. So, this is not merely an account of where we all came from, but also of where we are headed—what we are called to become: a connected, united family of faith, through which all nations will be blessed. (Gen 12:1-3).

Genesis 2 states that the woman is created to be an ezer —a “deliverer.” Hebrew scholar, Robert Alter (1935-), professor of Hebrew and comparative literature at the University of California, Berkeley, states that “help” is too weak a term to use for ezer when we consider that it usually suggests active intervention on someone’s behalf, especially in military contexts.³

The word ezer is most often used in the Old Testament to describe God Himself bringing aid and support (e.g., Exod 18:4; Deut 33:7; Psa 33:20; 70:5; 115:9; 121:2). The other Hebrew word in the phrase translated “help meet” in the KJV is kenegdo, which many Bible versions translate as “suitable” or “fitting.” Bro. David Levin suggests “mirror image” is what is being conveyed here.⁴

We readers of the story, who know what will happen next, may wonder why the text introduces the woman in this way. Surely it is the woman who causes the need for humans to be delivered, as it is her actions that begin the chain of events leading to Adam and Eve’s exile from the garden. So why is she referred to as a deliverer? Perhaps part of the answer lies in God’s declarations.

Why is Eve referred to as a deliverer?

Throughout Genesis 1, acts of creation are evaluated and declared “good” and then “very good” once the humans are made. In Genesis 2, one human is placed in a beautiful, fertile garden. Everything seems wonderful. But God declares that the situation is “not good.” Why? Because the human is alone. But the human is not entirely alone—God is there and so are the angels and the animals. So why does he need anyone else?

Well, there are a few reasons implied in the surrounding verses and in later Bible passages that reflect on this text:

These possibilities highlight why we have a mixed picture of Eve in Genesis 3. She is both the first to head towards death and the source of life and hope— simultaneously a figure of failure and promise.

THE TEMPTATION AND THE CONSEQUENCES

Looking at the temptation itself, we know that later passages in Genesis, and indeed the rest of the Bible, deliberately echo this account to teach us all about sin—male and female alike. (For example, see the many references pointing back to Eden in Genesis 9, where Noah is presented as the new Adam.)

We know Christ himself was tempted in the same way: “The lust of the flesh, the lust of the eyes, and the pride of life.” (1 John 2:16). The text compares the beautiful harmony of life in the garden before this event with the division that is present afterward.

Eve is simultaneously a figure of failure and promise.

Imagine the pressure—the burden—for Eve. Her pride has led to exile from the garden, and the only way forward, the only hope, is for her to bear children in pain. Many women in the Bible carried a similar burden to this—women like Sarah, Elisabeth, and of course, most of all, Mary—all chosen by God to bear significant children.

Imagine the weight of responsibility, already high enough for any mother, of bearing, nurturing and teaching these children. Knowing that if this were the child of promise, a sword would pierce her soul. It is likely then, when the child finally comes, that Eve is overwhelmed with relief and joy and cries out, “I have given life to a man.” (Gen 4:1).⁵

Perhaps she took too much of the burden upon herself. The text seems to have a similar tone to Moses’ words, when he blurts out, “Listen, you rebels! Should we produce water from the rock for you?” (Num 20:10). It is interesting to see how different her response is when Seth is born—“God has given me another child.” (Gen 4:25).

Now we turn to look at the spiritual lessons about Eve brought out in the New Testament. The opening of John’s Gospel presents to us a new Beginning—a new special human has been created to image God. Even though Jesus is the most complete image of God, overflowing with grace and truth, he cannot fulfill the assigned task given at the first creation if he is acting alone. He needs a family. It is not good for him to be alone.

Jesus could have led a blameless life as a hermit in the middle of nowhere. But in that life, he would not have been the express image of God. The character of God can only be demonstrated through our interactions with others. So, where is this new Adam’s bride who will work with him to fill the earth and subdue it, to be fruitful and multiply?

Together, Christ and the Bride spread out into the whole world to be fruitful and multiply, to bring many children to glory. Collectively, they form the one image of God—a cloud of witnesses taken from all nations, languages and peoples.

Therefore, the two direct mentions of Eve in the New Testament naturally draw out lessons for the whole ecclesia, as the Bride of Christ. Both references are to do with false teaching: I’m deeply concerned about you with the same concern that God has. As your father, I promised you in marriage to one husband. I promised to present you as an innocent virgin to Christ himself. But I’m afraid that your minds might be seduced in the same way as the snake deceived Eve with his devious tricks. (2 Cor 11:2-3). Adam wasn’t deceived, but rather his wife became the one who stepped over the line because she was completely deceived. (1 Tim 2:14). 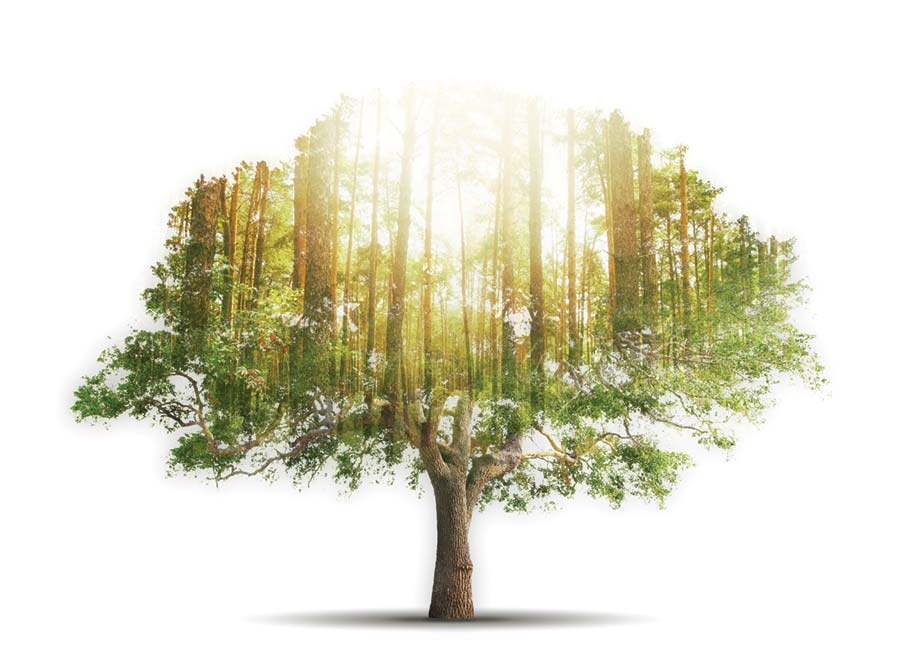 In Corinthians, Paul urges believers to remain faithful to Christ and his gospel. 1 Timothy as well is full of practical advice on how to overcome the deception of false teaching:

The joyful message of the New Covenant is that we are all part of the same family. We are all parents of our community’s children and the adults born again in baptism. And it is not a burden we have to carry with fear or anxiety. We do not need to act alone, as Eve and Moses thought they must.

We have each other and the support of our husband, Jesus Christ. In him, God has provided all we need. He is our example, our Lord, our redeemer, our strength. It is surely not a coincidence that the end of John’s gospel brings together a man and a woman in a garden.

This time it is the new Adam—a “gardener”—who approaches a woman, Mary Magdalene, and invites her to join him in spreading the good news, to help plant a spiritual garden of fruit. What a joyful reversal of the sadness of Eden. What a glorious new creation stands side by side in this garden! This time, there has been obedience, patience and humility. This time, God’s glory really can cover the earth as the waters cover the sea.

1 CEB marginal note: “Hebrew is singular ‘him,’” which can cover male and female. All quotes are from CEB, unless otherwise noted.
2 For more detail on “image,” “dominion,” and one being made of two halves, see In the Image of God, Michael Edgecombe, pages 10-13, published by The Christadelphian, 2011.
3 Quoted in David Levin, Creation Text, published by Tidings, 2011, p.195.
4 David Levin, op cit, p.195. This phrase/translation is also discussed at length in The Bible Project podcast, episode 2 of the Family of God series: bibleproject.com/podcast/our-collective-identity.
5 The Hebrew does not have “with the help of,” meaning there is confusion over how to interpret this phrase. See Levin p.306.