Jesus knew it was time to leave the comfort of Martha and Mary’s home. 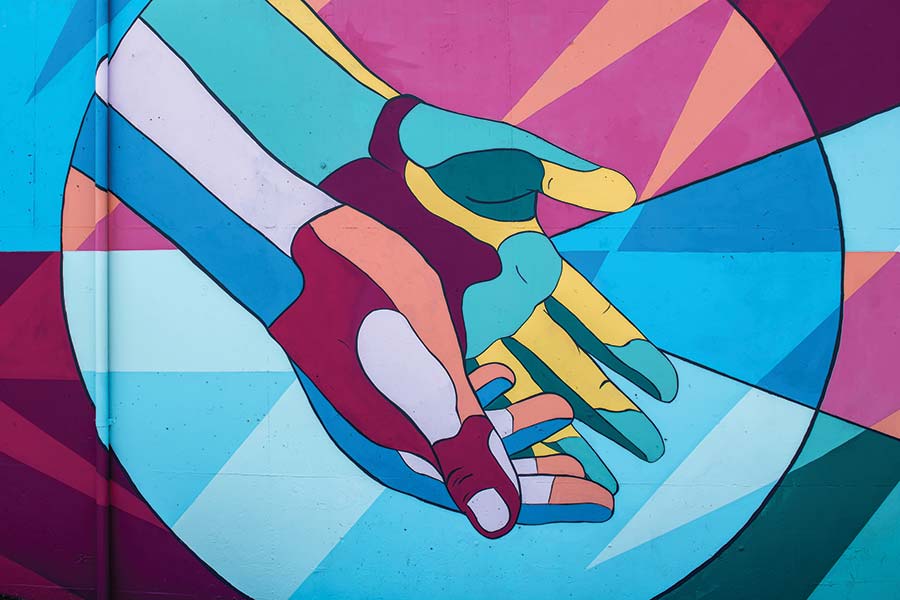 It was a six kilometer (four mile) walk from Bethany to Jerusalem. This was to be his last trip to the great city. He knew he would not leave again until his resurrection. As was his habit however, Jesus still took every opportunity to preach the gospel in towns, villages and synagogues.

It’s important to be aware of the culture at this time. It will give us an understanding of what the marginalized and the infirm had to bear.

In the cramped, unsanitary areas within towns and cities, rampant with poverty and squalor, the poor suffered through miserable cycles of diseases (malaria, typhoid, typhus, cholera, dysentery). They struggled to survive while priests lived excessively privileged lifestyles.

The sick found no public place dedicated to their care and little in the way of empathy. What they did find was misery. Sadly, the majority of the sick were disregarded. Sometimes family would help, but it was not uncommon for relatives to leave a member alone to die.

There were physicians, but their fees were too expensive for most. Commoners were left to rely on folk healers, sellers of herbs and fake remedies. Over time, with the influence and mixture of Roman and Greek cultures, their pagan practices impacted the Hebrew religion. Consequently, compassion was not a well-developed virtue. Mercy was discouraged. Generally, women were relegated to the status of second-class citizens.

Wealthy Sadducees primarily controlled the temple. However, they were aloof from the common people. The Scribes, often accompanied by town elders, were leaders at the synagogues. They, too, did little to care for the needy. Those attending the synagogue were a mixed group of Jews and Gentile visitors.

Within that mixed group were the oppressed, the rich, the poor, and the curious among the educated. Men and women sat in different sections of the synagogue, with females typically seated in the back or in a balcony area. However, despite religious and social pressures, Jesus refused to treat women, the poor and the sick as inferior.

This brings us to the story of the bent woman. To give this narrative some context, let’s assume she’s between 20 and 30 years of age, clothed in dirty rags, living a solitary life on the street, begging for someone, anyone to give her an ounce of kindness. Then she heard about Jesus’ intended visit to the town’s synagogue. She went immediately.

The religious leaders conspired to humiliate and shame him but Jesus was not intimidated.

She watched him as he entered the building (“fixing our eyes on Jesus”1). Eye gazing creates an opportunity for emotional connection. The place was abuzz with speculations and an eagerness to hear about these new teachings, by the man named Jesus. And so, he taught them. They were amazed at his teaching. He taught with authority, unlike the Scribes.

Unbeknownst to all, except Jesus, the religious leaders conspired to humiliate and shame him. But Jesus was not intimidated. As Paul later wrote, “For God gave us a spirit not of fear but of power and love and self-control.”2.

During his talk, Jesus suddenly changed direction. He saw the woman. He called her forward. There was a collective gasp. The synagogue ruler was infuriated. “This is unacceptable! A woman, a sick and sinful woman, standing in the place of teaching, in my synagogue?!” No one whispered. No one murmured. All was still.

The people looked from Jesus to the woman. Her courage drove her to laboriously shuffle one painful leg in front of the other. Her knees, horribly swollen, supporting a twisted and deformed torso (possibly spondylitis or scoliosis). The agonizing restriction in her neck, allowing only limited vision and labored breathing. Her slow and agonizing walk was guided by the steady gaze of Jesus.

He patiently stood and he quietly waited.

In the hush of the room, she stood in front of him. Jesus put his hands on her. With no assistance, she stood upright. The pain was gone! Nothing hurt inside! She could see clearly and breath with ease! And then, Jesus told her she was free from this debilitating disease.

She had been suffering 18 long years and here it was in the matter of moments! Healed at last!

The woman felt his love. She felt his joy and she felt his peace. She saw the kindness in his eyes (eyes are one of the most important symbolic sensory organs) and felt the lingering warmth of his healing touch. Who did this woman praise? God. She knew Jesus was the son of God and his abilities and power came from His Father. The woman recognized that!

Jesus welcomed her into the family of God. He lifted her spirit. He gave her hope.

Rather than rejoice at her healing, the ruler of the synagogue became indignant. As a warning, a proclamation was made. “Healing on the Sabbath is a sacrilege.” “A Sabbath law has been broken. Healing should be on any other day during the week.” The people were unsettled, but the ruler and elders stood firm. They were convinced their plan had successfully disgraced the Lord.

Yet once again, the eyes of all those in the synagogue were fastened on Jesus. In support of the woman and at the same time chastising the religious hierarchy, Jesus used a title of dignity. He called her a “daughter of Abraham”3. Never was she called that before!

By those words, Jesus welcomed her into the family of God. He lifted her spirit. He gave her hope. He renewed her purpose in life. So, we may ask, “Why did Jesus heal her?” Because Jesus saw deep into her soul. She called out for help, but no one listened or cared. He understood her despair and loneliness. He also knew her desire for the hopefulness of a better future.

Was she one of the women at Jesus’ crucifixion4? We can’t be sure, but it paints a moving picture of the woman, together with faithful and devoted believers, giving back to Jesus what he gave them—love and hope.

Jesus was the embodiment of the fruit of the spirit. He actively sought her and others who desperately needed him. God allows us to make a choice in sharing our generosity and care within and outside our global community. A seemingly insignificant act can change a person’s life forever.

People are waiting for our fruit of the spirit. “The one who sows to the Spirit will from the Spirit reap eternal life.”5. There is a practical application here that must not be kept inside simply as a feeling6. Paul reminds us to “keep in step with the spirit.”7. We do this by filling our lives with Christ.

When we actively follow his example, the fruit of the spirit will become evident. The great prophet, Isaiah, reminds us of the practical care towards others. He tells us to

“share your food with the hungry and to provide the poor wanderer with shelter—when you see the naked, to clothe them, and not to turn away.”8.

“Let us not become weary of doing good, for at the proper time we will reap a harvest, if we do not give up. Therefore, as we have opportunity, let us do good to all people, especially to those who belong to the family of believers.”9