I thought I was sharing wisdom. I thought I was defending the Gospel message. In reality, I was a fool that only cared about my thoughts being heard. I failed to consider this person was also a member of God’s family that also derived their core values from the Bible. 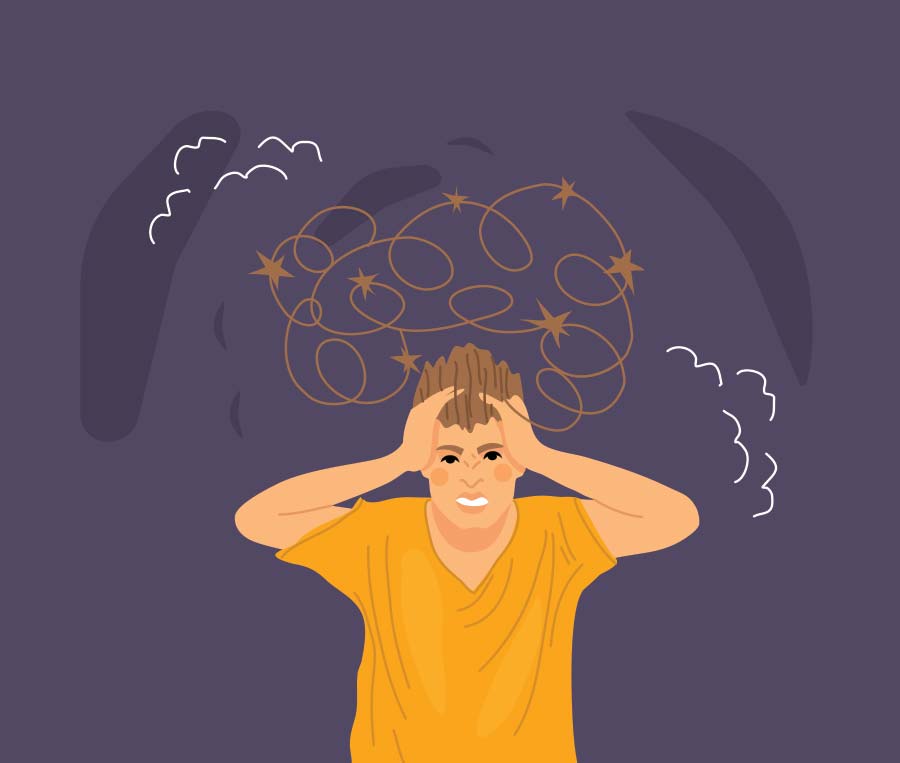 If I had to guess, the first thing you’d do is raise the drawbridge right away to prevent them from getting any closer. After that, you’d likely retreat into the inner walls of the castle and muster your troops to defend the castle at all costs. Your swordsmen would line up in formation at the gates and your archers would take position along the wall and in the tower. While you’ve protected yourself from potential harm, it cost you both the opportunity to pursue peace.

It might seem like a fanciful scenario, but it’s rooted in common problems that happen today. This is what people do subconsciously to protect themselves from ideas that directly challenge how they perceive themselves and the world around them. Solomon made this very observation.

A brother offended is more unyielding than a strong city, and quarreling is like the bars of a castle. (Prov 18:19)

I want to be upfront with you about why I had you imagine that scenario. I messed up. I messed up in a way that makes me feel especially foolish. I got into a heated debate on a divisive subject over social media. I thought I had objective truth on my side. I thought that by presenting enough supporting evidence I could convince them to walk back their inflammatory remarks.

What I failed to remember was that attacking views tied to a person’s identity can trigger the “fight-or-flight” instinct. In normal conversation a person is generally open to dialogue and can process new ideas, even if they disagree with them. When ideas that directly challenge identity trigger this response, information bypasses the rational brain and is instead rerouted to the instinctive portions of the brain that ensure self-preservation.

As I reflected on this proverb after the argument I got into, I found rebuke for my behavior in verse 2 of that same chapter in Proverbs, which says: A fool takes no pleasure in understanding, but only in expressing his opinion.

I thought I was sharing wisdom. I thought I was defending the Gospel message. In reality, I was a fool that only cared about my thoughts being heard. I failed to consider this person was also a member of God’s family that also derived their core values from the Bible. All I saw in the heat of the moment was the outcome of their words–my personal frustration and pain.

I had no interest in learning about the intent of their words, and so I treated them as a false teacher to be reprimanded instead of a disciple that could be appealed to. Judgment won over mercy in my heart that day. But thanks be to God that His mercies are new every morning– even when mercy hasn’t yet conquered my heart and mind.

I can’t undo my past mistakes. And I certainly can’t control when others will frustrate me in the future. But I can control how I react when that happens, which means I needed to know: What does the Bible say about how Jesus’s disciples are to handle controversy? Paul had some wisdom to offer a young man named Timothy.

Do your best to present yourself to God as one approved, a worker who has no need to be ashamed, rightly handling the word of truth. But avoid irreverent babble, for it will lead people into more and more ungodliness, and their talk will spread like gangrene. (2 Tim 2:15-18).

Does that sound familiar to you? It’s pretty much a normal day on Facebook now, right? The phrase “irreverent babble” comes from a single Greek word meaning “empty discussion.” That phrase can help us focus on our true priorities as disciples. Because we’ve been born into a world where people value certain things and behave certain ways, we tend to believe that whatever is important and divisive now will always be that way. But that just isn’t the case. As Paul wrote,

The controversies and dramatic Facebook posts of this world are like mist dissipating at sunrise in comparison to the permanent things of the Kingdom we don’t see yet. But this doesn’t mean we become apathetic to today’s challenges, especially if they impact how we serve God and care for our brothers and sisters in Christ.

It’s crucial to recognize that if we want to be citizens of God’s Kingdom when it’s established, we need to allow God to rule our hearts and minds today. But how do we allow that mentality to reign in us today? Paul further encouraged Timothy.

So flee youthful passions and pursue righteousness, faith, love, and peace, along with those who call on the Lord from a pure heart. Have nothing to do with foolish, ignorant controversies; you know that they breed quarrels. And the Lord’s servant must not be quarrelsome but kind to everyone, able to teach, patiently enduring evil, correcting his opponents with gentleness. God may perhaps grant them repentance leading to a knowledge of the truth, and they may come to their senses and escape from the snare of the devil, after being captured by him to do his will. (2 Tim 2:22-26).

It’s easy to hear or read someone say something ignorant and/or hateful and go into attack mode against that argument. But that will nearly always lead to the same predictable scenario: the person you’re attacking will raise their drawbridge, defend their position more passionately, and the conversation will devolve into a polarizing popularity contest with no chance at changing anyone’s hearts and minds. That causes issues to act like gangrene which consumes the body until it’s destroyed.

Get your hands off your device and place them together in prayer.

So, what’s the Biblical solution? The Biblical solution is not to attack the idea, but to gently and patiently appeal to the person. Flawed ideas can’t be saved, but flawed people–flawed people, that’s all there are—they can be saved all the time. If we want to avoid that tired scenario that seems to show up on social media, we need to stop challenging people in a way that triggers that “fight-or-flight” instinct.

Don’t try to prove your point right or their point wrong. Seek to prove God right with a good example. You can start with one simple step: slow down when you read something controversial. James 1:19-20 tells us:

Know this, my beloved brothers: let every person be quick to hear, slow to speak, slow to anger; for the anger of man does not produce the righteousness of God.

Get your hands off your device and place them together in prayer. I promise that post will still be there afterwards. Once you submit to God’s will, you will be open to learning what God has to teach you in that moment. And if you’re open to learning you’ll ask questions in an effort to understand, instead of firing off accusations that lead to nowhere but a closed drawbridge and a closed heart.

For judgment is without mercy to one who has shown no mercy. Mercy triumphs over judgment. (Jas 2:13).