How is the Lord’s Body Broken?

When I was a young Sunday School student, I remember my dad, Bro. Bob Brinkerhoff, looking agitated. It appeared that something was troubling him. Finally, he stood up in the ecclesial hall and said, “You know brethren, Jesus’s body was not broken! The Apostle’s reference was to the broken bread in this passage in 1 Cor. 11:24.” 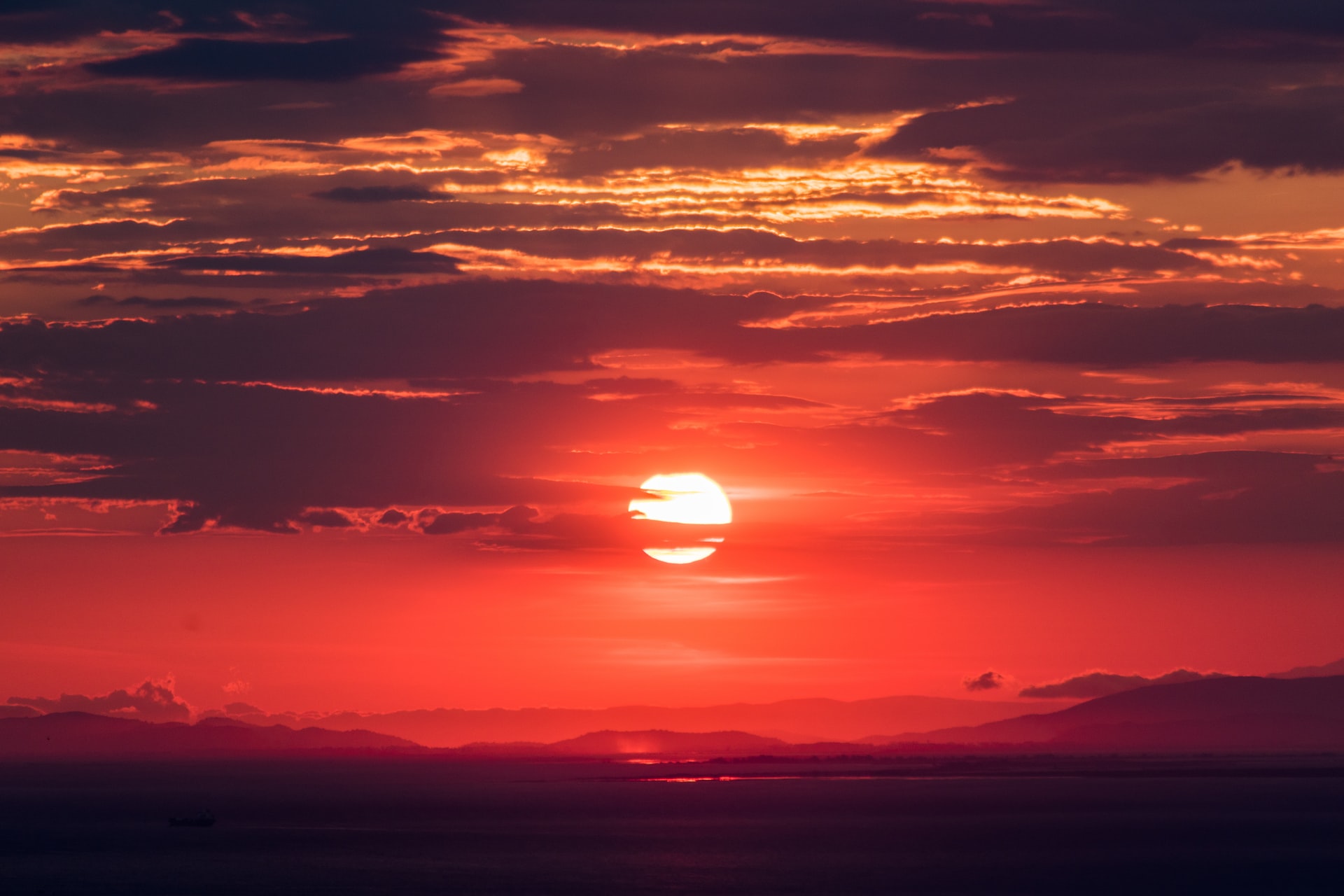 He might have said more, but that is all I remember at that early age. I never looked into the matter any further for some time, but it has always stayed with me.

Since that time I have heard numerous times in prayers by brethren the reference to the ‘broken body’ of Christ. Both views cannot be right, I reasoned.

I never looked into the matter any further for some time, but it has always stayed with me.

Recently, with an open mind, I began looking into it a little further and then not long after, got into a discussion with a brother who felt strongly that the broken bread was a token of Christ’s ‘broken body’. Of course, from my limited study, I was convinced otherwise and, argued the opposing view. This disagreement prompted me to take it on as my own personal study. I asked myself, “What is the truth?”

After coming to the following conclusion, I sent a rendition of the study below and asked for this brother’s comments. A few months ago, another brother and a good friend of mine, were discussing various Bible topics, and again the subject came up. He also was of the opinion of the ‘broken body’ concept, but admitted he never looked into it in detail. I sent him the study below, and he agreed with my premise. He also suggested, that I submit it to the ‘Tidings’ as he felt it would be a benefit to the brotherhood.

I have heard the reference to Christ’s “broken body” as a topic of an exhortation and also often in many prayers. While I feel Scripture does not support this interpretation, I was informed that Christ’s body was indeed broken in the sense that the skin of his flesh was torn by the platted crown of thorns thrust upon his head, being beaten with cords, the laceration of his body, and lastly the thrusting through of the sword into his side upon his crucifixion.

Surely he hath borne our griefs, and carried our sorrows: yet we did esteem him stricken, smitten of God, and afflicted. 5 But he was wounded for our transgressions, he was bruised (NIV: crushed) for our iniquities: the chastisement of our peace was upon him; and with his stripes we are healed.  (Isa. 53:4-5)

The context would support that which is rendered in the AV also in the ESV and NIV, as it brings to mind the reference in Gen. 3:15, whereas the seed of the woman was bruised, (Hebrew also “crushed”) in the heel as referring to the sacrifice of Christ in regarding sin, (i.e. the seed of the serpent).

Sin was to be crushed and mortally wounded through Christ’s sinlessness.  (Note: all 18 references to “daka” in the O.T. are used in a metaphorical and not in the physical sense.)

So, what is it that the Apostle Paul was referring to by the word “broken”

The Hebrew word “daka”, rendered “bruised” in Isaiah 53, does not signify being lacerated (broken skin or flesh) as we sometimes like to use it while referencing 1 Cor. 11:24. Of course, as we all agree, Christ’ bones being literally broken is not even considered, (see John 19:36).

By the way, in Isa. 53, the Hebrew word “wounded” for our transgressions is chalal, translated to wound (fatally), bore through, pierce, bore.

For I have received of the Lord that which also I delivered unto you, That the Lord Jesus the same night in which he was betrayed took bread:  And when he had given thanks, he brake (Greek: “klao”) it, and said, Take, eat: this is my body, which is broken (Greek: “klao”) for you: this do in remembrance of me.

Nowhere in scripture do we find where Christ’s body was “broken” or “crushed”, but quite the contrary. Let us consider the word “body” as rendered here. The Greek word, “soma”, is a general word for the physical body. Dead or alive; animals or human, also heavenly bodies, and those closely united into one society (Strong’s). We can gather then from the context that it represents symbolically both the physical body of Christ and the fellowship of believers.  Vine’s Expository Dictionary adds, “the body as a whole”.

Nowhere in scripture do we find where Christ’s body was “broken” or “crushed”, but quite the contrary.

Now look at the words “broke” and “broken”.  First notice in this verse in 1 Corinthians that both references (broke and broken) come from the same Greek word “klao”. The former use is obviously referring to the bread, how about the second? The word is used 15 times in the New Testament of the breaking of bread in communion.

From Vine’s Expository Dictionary of Old and New Testament Words, klao or klazo is described as “to break off pieces, is used in the breaking of bread.

So we can determine that according to the Greek translation, both times “klao” is used in 1 Cor. 11:24, they refer to the breaking of bread and cannot be construed as Christ’s “broken body”.  The use of “broken body’ is a loose interpretation and is not what Paul actually said. He said (quoting Jesus), “This is my body, broken for you.”  Big difference. You soon will see why!

So how is “klao” used in other verses in Scriptures?

So what was Paul saying? The article of Paul’s exposition is “this”, as in; took bread, brake it, and said, “this” is my body. He is referring to the one loaf representing both Christ’s body (“I am the bread of life”) and also the ecclesia (1 Cor. 10:16).

Think of Paul, figuratively holding the memorial bread in his hands, stating (“he [Jesus] took the bread” vs.23) and saying, “This (bread) represents my body”. He continues with, “(this bread) is broken for you (in fellowship)”.

How do we know this? First, as we mentioned, the word “broken” (klao) is always used (15 occurrences in AV) in reference to breaking of bread and never to the mutilation of the body of Christ.

Now let’s examine the context of these verses. Let us ask ourselves, what does the “breaking of bread” signify?  Is it not remembering the body of Christ as the Lamb without blemish, slain from the foundation of the world?  Is it not the fellowship we have one with another as we remember his death and glorification, together as Christ’s body of believers, the ecclesia?

Looking at the context of this verse, the apostle is addressing an issue wherein the ecclesia in Corinth had many internal problems. It seems this ecclesia was very dysfunctional. The Apostle began the epistle with the issue of the brethren falling into different camps in regard to their mentors. Who belonged to more prestigious group; the Paul camp, the Apollos camp, or the Cephas camp? He writes,

For it has been reported to me by Chloe’s people that there is quarreling among you, my brothers. (1 Cor 1:11 ESV)
Even though they were meeting together, they had nothing to do with each other. This theme continues, for you are still of the flesh. For while there is jealousy and strife among you, are you not of the flesh and behaving only in a human way?  (1 Cor 3:3)

Now he addresses “Love Feast” in the chapter we are considering. The remembering of the sacrifice of Christ was an excuse for glutinous feasting by some of the rich in the ecclesia, while the poor were humiliated by their paucity (1 Cor. 11:20-22, ESV).

So what does this mean for us? Fellowship is the binding together in our one hope.  The use of the term, Christ’s “broken body” in this context should be the furthest thing from our minds.  Is this something we should be celebrating when we come together to remember our Lord?

What! Do you not have houses to eat and drink in? Or do you despise the church of God and humiliate those who have nothing? What shall I say to you? Shall I commend you in this? No, I will not.

Immediately, he continues with in verse 23, “For I have received from the Lord what I also delivered to you…” He is stressing fellowship, repudiating discord, while relating to the memorials as set down by our Lord Jesus Christ.

He goes on to say in the next chapter,

For just as the body is one and has many members, and all the members of the body, though many, are one body, so it is with Christ.  For in one Spirit we were all baptized into one body—Jews or Greeks, slaves or free—and all were made to drink of one Spirit.  For the body does not consist of one member but of many. (1 Corinthians 12:12–14 ESV)

Note that in verse 27 (ESV)  he writes,  Now you are the body of Christ and individually members of it. This same thought is picked up again in Rom. 12:4-5.

So it should be very clear that instead of concentrating on the “broken body” when we come together, we should instead contemplate (as the Apostle Paul clearly exhorts) on the one bread, the whole loaf, broken as a token of fellowship among its many members, united in the one body as we remember our Lord in the bread and wine.

Let us conclude with one last thought. When you read in the KJV of the Apostle Paul’s familiar expression of 1 Cor. 11:24,

Take, eat: this is my body, which is broken for you, the ESV, NIV, RSV and NASB all translate it as “which is for you.”

Other versions translate it thus:

It seems that ancient manuscripts do not include the word “broken” in this text. Further, since this is the ONLY place in Scripture where the concept of the Lord’s “broken body” is contrived, let us exclude this phrase from our prayers and from our discussions. With a more complete understanding of its true meaning and glorious implication, may have sweet fellowship together as we remember the sacrifice of our Lord “which is for you.”