I am always intrigued by how Jesus taught. For instance, in today’s reading in Matthew 9, in reaction to the Pharisees judging him for eating with tax collectors and sinners, Jesus tells them to, “Go and learn what this means: ‘I desire mercy, and not sacrifice.’” (v13). 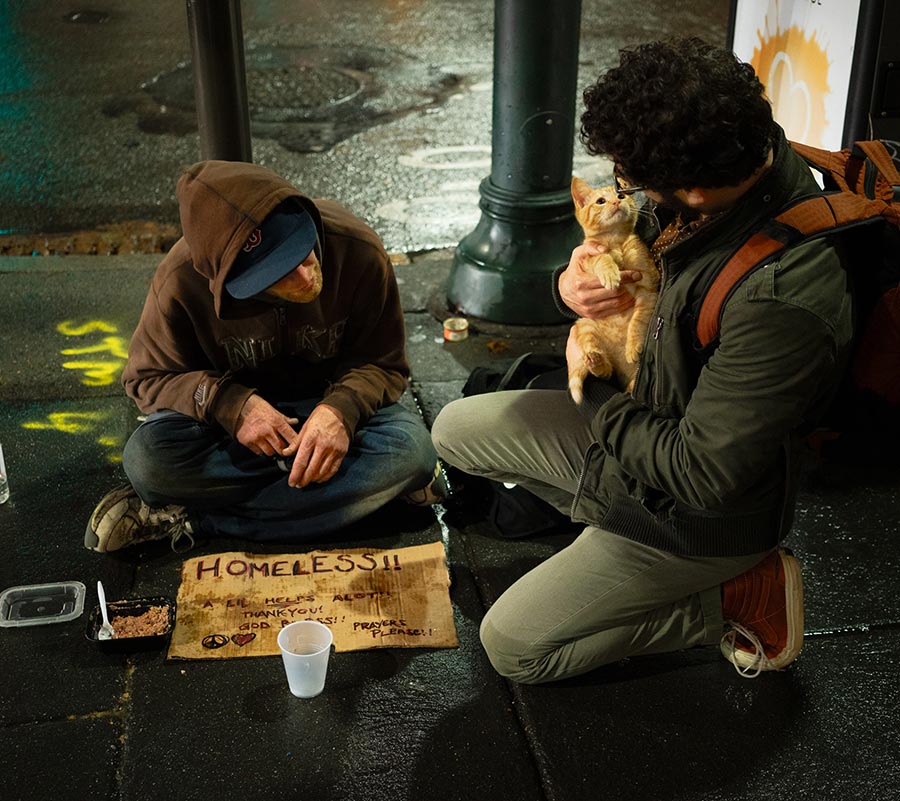 I am always intrigued by how Jesus taught. For instance, in today’s reading in Matthew 9, in reaction to the Pharisees judging him for eating with tax collectors and sinners, Jesus tells them to, “Go and learn what this means: ‘I desire mercy, and not sacrifice.’” (v13).

What Jesus told them was to go to the synagogue, open the scroll of Hosea, find the passage he quoted, and think about it. He didn’t spell it out for them; he invited them to do some homework. It’s an excellent teaching method because if they had done their homework and found out the answer for themselves instead of Jesus just spoonfeeding it to them, they would have actually learned something.

Unfortunately, we know that they didn’t bother. A few chapters later, they confronted Jesus again regarding the Sabbath, and he reminded them of their failure to understand Hosea –

“And if you had known what this means, ‘I desire mercy, and not sacrifice,’ you would not have condemned the guiltless.” (Matt. 12:7).

So, what should they have learned from Jesus’ quotation? The verse in question says the following –

“For I desire steadfast love and not sacrifice, the knowledge of God rather than burnt offerings.” (Hos. 6:6).

Those words should remind us of what Samuel told Saul after he disobeyed God, and the Pharisees with their law-based religion and legalistic way of looking at things were a lot like Saul.

A few verses later in Hosea 6, there’s an eerie foreshadowing of what the scribes, Pharisees and chief priests would do to Jesus –

“As robbers lie in wait for a man, so the priests band together; they murder on the way to Shechem; they commit villainy.” (v9).

That’s priests banding together to murder! Of all people in Israel, the last people you’d expect to commit murder were the priests. And yet, that’s exactly what happened not only in Hosea’s day but in Jesus’ too. They were the ones administering sacrifice and burnt offerings, but they were also the ones who committed murder.

The problem is, we can think a lot like that. What Jesus and Hosea describe are two types of religion. One focuses on character and a relationship with God, the other on doing our religious duty. There’s nothing wrong and a lot right, of course, with making sure we do all the tasks and rituals involved with worship. But when that’s our focus, and we excuse bad behavior like that of the Pharisees, we know our religion is false. Religion is plagued with this problem, and we have to learn the lesson. God Himself, through Hosea and through His Son, tells us what He is looking for, what he desires. He wants mercy and not sacrifice. He wants us to develop relationships with one another that manifest the character of God instead of overriding it with the rote keeping of ritualistic religion.