The record of King Jehoshaphat’s victory over the confederate Moabite invaders, found in 2nd Chronicles 20, is one of the most unique and inspiring battles in the Bible. 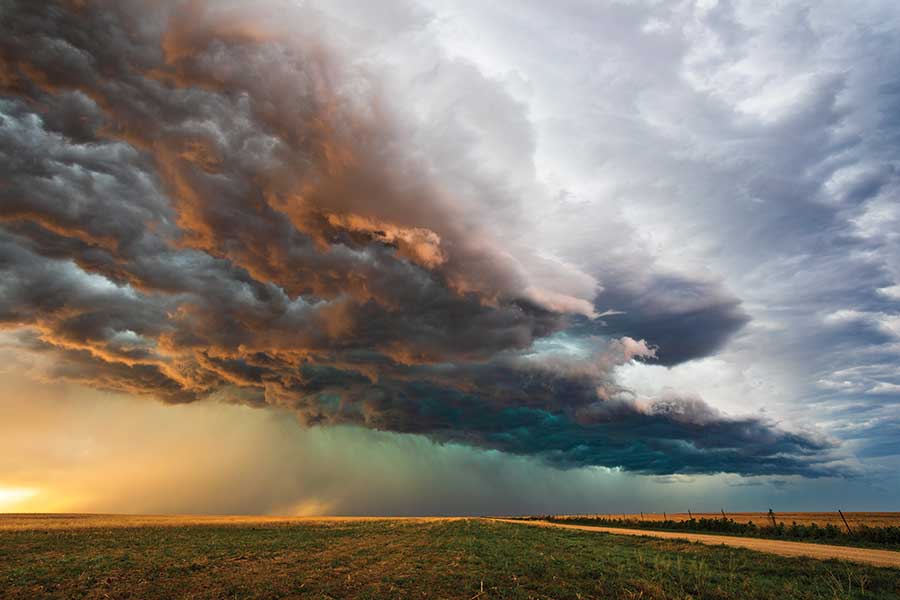 From this account we learn the importance of spiritual leadership, the power of purposeful prayer and God’s ability to do the impossible in saving his people from certain destruction. Central to this dramatic event and impossible victory is the role of spiritual music.

THE VICTORY OF FAITHFUL PRAISE

Upon learning of the approaching invasion, King Jehoshaphat leads Judah in heartfelt communal prayer, concluding with the admission that “neither know we what to do: but our eyes are on thee.” (2 Chr 20:12).

The silence that ensues is broken by the prophetic response of Jahaziel, a musician from the house of Asaph, who stands in the middle of the congregation to deliver a stirring reminder of God’s past work in saving His people and His ability to do it again if His people will just believe.

In 1 Chronicles 25:1, we find that David had established the families of Asaph, Heman and Jeduthun to prophesy through their music, and I believe that Jahaziel stood and sang this stirring prophecy in the spirit of his forefathers.

music can be a powerful weapon in the battle against sin

What follows in the rest of the chapter is an homage to the astounding power of faith-motivated, Biblically-based spiritual music in the lives of believers, and particularly in their battle against sin—here represented by the Moabite army. After Jahaziel’s passionate and prophetic plea, the Kohathites stand up “to praise the LORD God of Israel with a loud voice on high” (2 Chr 25:19).

Following this example, early the next morning the King and his people together decide to,

“appoint singers unto the LORD, and that should praise the beauty of holiness, as they went out before the army, and to say, ‘Praise Yahweh’, for His mercy endureth forever!” (2 Chr 25:21).

It is only “when they began to sing and to praise,” employing the house of Asaph’s national anthem (1 Chr 16:7) that Yahweh moves to destroy their enemy, and Judah enjoys the victory of faith! Imagine the incredible scene, as the nation goes forth to battle clad in the armor of spiritual music, knowing that the sacrifice of praise will be the chief weapon in the victory God will bring against their overpowering enemy.

What a wonderful lesson for today’s disciples: the sharp sword of spiritual music can be a powerful weapon in the battle against sin!

OH MUSIC, WHERE ART THOU?

When I began trying to break free from the hold of popular music as a teenager living in the 1990s, I struggled to find alternatives. Like many of my peers, I no longer wanted to be connected with the lyrics, music, image or outlook of popular artists.

The filth of that stream was no longer welcome in my ears, my mind or my life. When searching for a soundtrack to better fit the ideals of discipleship, I found hymns, Handel’s Messiah and popular Christian music. The heritage of our hymns is a priceless treasure—but was their room for other Psalms, hymns and spiritual songs in daily life?

Handel’s Messiah and other similar classical oratorios are beautiful works, but their polyphonic harmonic structure makes them somewhat inaccessible, and largely unsingable by most singers without formal training. The more accessible contemporary “Christian” music was often even worse—spiritually shallow and often overtly conveying false doctrine.

Where could my peers and I turn for spiritually uplifting and inspiring music?

The question began to be answered in the music being produced by a handful of Christadelphian musicians and composers, starting with Christadelphian-produced CDs in Australia. This was followed by similar efforts on other continents, and specifically in North America by the cantatas at Manitoulin Youth Conference and other Bible schools: spiritual music composed entirely by Christadelphians!

This music was Scripturally rich, Biblically-sound, and much more accessible for the average listener and singer. It was music that, like our hymns, clearly reflected the uniqueness of our understanding of the Gospel, while not catering to the tastes and musical styles that many disciples wish to avoid as they grapple with staying separate from the world.

Over the past two decades, hundreds of songs have been produced for the brotherhood by brothers and sisters, giving further musical voice to our hope. Given Scripture’s emphasis on the benefits of spiritual music (along with the dangers of the “music of Egypt”), wouldn’t it be wonderful to have an online repository for some of this Christadelphian-composed and produced music?

In 2012, the Jehoshaphat Music project began, with the goal of providing brothers and sisters and young people a healthy alternative to the world’s music offerings—and particularly to combat the proliferation of online music services and their often-unholy influence.

In the summer of 2020, a major upgrade began, and new features are constantly being added at www.jehoshaphatmusic.com.

When you visit www.jehoshaphatmusic.com you will find over 300 songs (and counting!), all of which can be downloaded or streamed free of charge. Songs can be searched by title, composer, or theme. This is particularly helpful in finding music for Bible school choirs, youth and Sunday School programs, song and praise evenings or special events like weddings or baptisms.

Because the site is accessible to non-Christadelphians, we have attached a brief overview of our core beliefs as a cover sheet on all copies of the sheet music. Our prayer is that brothers, sisters and visitors will notice these doctrines reflected in the lyrics of the music and be drawn to the true gospel.

One of the goals at jehoshaphatmusic.com is to provide a safe site where adults and children can search and stream spiritual music without being bombarded by the world’s advertisements, offerings, images, videos or sound bites. As such, the music is not linked to any popular streaming sites or apps.

We feel that playlists of Kingdom-focused music are most effective when not interspersed with the world’s musical offerings.

The topic of music in the Bible can be both fascinating and transformative, so we have included a section of documents designed to assist disciples in appreciating the purpose and power of spiritual music in the Bible and in in their lives.

Here you can find links to Bible classes on music-related matters, as well as documents and articles on topics such as: “Music and the Need for Godly Principles”, “Singing in the Kingdom”, “Effective HymnSinging”, “Evaluating the Scriptural Soundness of a Song” and “Suggestions for Christadelphian Composers”.

We have also included some helpful vocal tips and exercises that we have used in teaching voice lessons or directing choirs over the years, designed to enhance Christadelphian music presentations and choral programs.

One of our strong beliefs is that acceptable spiritual music must be solidly grounded in scripture. As previous articles have demonstrated, God wants both our hearts and our minds engaged in our songs of worship. As such, many songs on the site are direct, or remarkably close quotations of scriptural passages. All songs are vetted to ensure that they are lyrically-sound and accurately reflect the doctrines of the Truth.

Our Musical Musings blog is updated regularly with information regarding new songs and projects, interesting quotations and articles, podcasts, stories behind the music, links to videos and performances of Christadelphian music, and other motivating musicrelated material.

When we first began producing CDs here in British Columbia in the late 1990s, the participating singers were strewn across the entire Province, separated by up to 10-12 hours of driving. Many singers met each other for the first time during our recording sessions!

Music is a special creation and a wonderful gift from our Heavenly Father.

As technology has developed over the years, we have been able to include singers and musicians from all over the world, and in some cases have equipped satellite recording “studios” in a few locations throughout North America (Seattle, Los Angeles and Southern Ontario).

Writing, recording, and producing the music on Jehoshaphat Music consumes a great deal of time and resources, all of which are donated by the participants. Being able to acquire recording equipment would help further the goals of Jehoshaphat Music and continue the work of producing spiritual music to support the brotherhood in these Last Days.

Music is a special creation and a wonderful gift from our Heavenly Father. The angels employed it in Creation, the Kingdom will resound with it, and God’s saints have been blessed with it in every era in between.

We pray that brothers and sisters find this music useful in augmenting Christadelphian musical events, singing along in the car, providing a soundtrack for praise or supporting times of quiet meditation. And perhaps, in the spirit of Jehoshaphat, you will use it to express your thanks for God’s promise of victory and experience its power in the daily battles of your discipleship.