They Worshipped the Same God

In our reading from Acts 18-19 we find Paul deep in Gentile territory, having crossed over from Asia Minor to Europe. Here was the land of pagan idolatry... 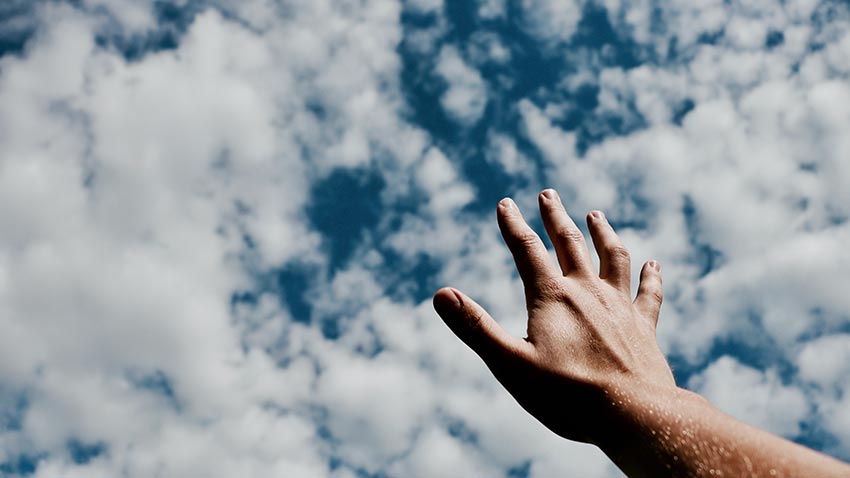 In our reading from Acts 18-19 we find Paul deep in Gentile territory, having crossed over from Asia Minor to Europe.

Here was the land of pagan idolatry and Paul’s mission to turn Gentiles to the one true God was an immense task. But there’s an interesting connection between his visits to Corinth, recorded in chapter 18, and Ephesus, in chapter 19, that speaks about the power of another god which is still very much with us today, a god worshiped by Jew and Gentile alike.

The point comes out more obviously in Ephesus where the people were “enraged” (Acts 19:28) at the preaching of Paul and caused a riot, “dragging with them Gaius and Aristarchus, Macedonians who were Paul’s companions in travel” (v.29). The people said they were concerned about their worship – “that the temple of the great goddess Artemis may be counted as nothing, and that she may even be deposed from her magnificence, she whom all Asia and the world worship.” (v.27). However, their primary motive wasn’t about worship; they were more concerned with the economic impact. It was a silversmith who “made silver shrines for Artemis” (v.24) who “brought no little business to the craftsmen.” He instigated the riot by gathering together a guild of craftsmen telling them “Men, you know that from this business we have our wealth” (v.25) and it was that which was first on their minds before their concern for their religion – “there is danger not only that this trade or ours may come into disrepute” (v.27).

A similar thing happened in Corinth, but this time it’s hidden away in the text. When Paul preached in the synagogue the Jews had a similar reaction to the Gentiles in Ephesus. They “made a united attack on Paul and brought him before the tribunal, saying, ‘This man is persuading people to worship God contrary to the law’” (Acts 18:13). But there may be an ulterior motive for their actions in bringing this accusation against Paul. Earlier in the chapter we learn about some of the people Paul encountered in Corinth. He first went “to the house of a man named Titius Justus, a worshiper of God. His house was next door to the synagogue” (v.7).

Very often in Bible times someone would donate part of their house for use as a synagogue, and this was most likely the case with Titius Justus1It is probably that Titius Justus is the Stephanas of 1 Corinthians 16:15 where Paul says, “the household of Stephanas were the first converts in Achaia”. Achaia was Corinth’s province and if Paul preached to Titius Justus and was the first convert this accounts for his mention in Corinthians. Why is he called Stephanas here though? The Romans used to have three names, and sometimes four. His other name would be Gaius if he is the one mentioned in Romans 16:23. Romans was written from Corinth and at the end of his epistle he says, “Gaius, who is host to me and the whole ecclesia, greets you.” His entire name would therefore be Gaius Titius Justus Stephanas. The first name, the Praenomen, was like our first name, the one we use to distinguish us from other family members. The second name, the Nomen was the immediate family name and commonly ended in ‘ius’, like the name Titius. The third name was the wider family name known as the Cognomen. Often these names were derived from a quality and the name Justus in Latin means fair or equitable, describing the family trait. The fourth name, the Agnomen wasn’t always used, being added to someone’s name for some remarkable event in their lives. It seems that Paul was fond of giving his converts an Agnomen, or nickname, and the name Stephanas, which means “crown of victory”, is a fitting nickname for someone who came out of darkness to embrace the truth.. What was once a synagogue was now converted into an ecclesial hall.

The second person mentioned in Corinth was “Crispus, the ruler of the synagogue” (v.8) who “believed in the Lord, together with his entire household.” He is called by another of his names, as is apparent from verse 16 where he is called Sosthenes2It was this Sosthenes who helped Paul write the first epistle to the Corinthians (1 Cor. 1:1). What probably happened was after the authorities “beat him in front of the tribunal” that he fled persecution with Paul and found himself in Rome when Stephanas arrived with the letter outlining the havoc that was going on in the ecclesia in Corinth. He helped pen the epistle, knowing the local and brothers and sisters.. When we reject the truth for the sake of money we might hold onto present gain, but we lose out on eternal life.It is significant that the ruler of the synagogue became a Christian because they “had far more to do with patronage and philanthropy than with the cultic life of the synagogue” (T. Rajak, ‘The Synagogue with the Greco-Roman City’). So, putting these things together, the Jews had lost both of their benefactors – the one who provided the building for their synagogue, and the main philanthropist who helped the synagogue with its finances. And it couldn’t have come at a worse time because we can pinpoint the year when it all took place. Acts 18:12 says, “Gallio was proconsul of Achaia” and history books tell us this was between 51 and 52AD when there was a famine that severely affected Corinth causing economic upheaval. So, you can understand how the Jews felt – just like the Ephesian Gentiles in the next chapter when the preaching of Paul had caused them much economic distress.

In both incidents when people were threatened economically, they were able to gather support under the guise of religion. But it really was all about the money. And here is a lesson for us not to let economic concerns trump (no pun intended) truth. Don’t let present gain and advantage get in the way of worshiping God. When we reject the truth for the sake of money we might hold onto present gain, but we lose out on eternal life. The pull of the greatest idol in modern society is very strong, but no matter how much hardship this present life might bring, it’s worth it for the sake of being part of God’s eternal purpose.