I can remember every word he spoke; I hear them when I wake up, and before I go to sleep again. Each day, he talks to me, and each day I listen—even now that I am an old man. 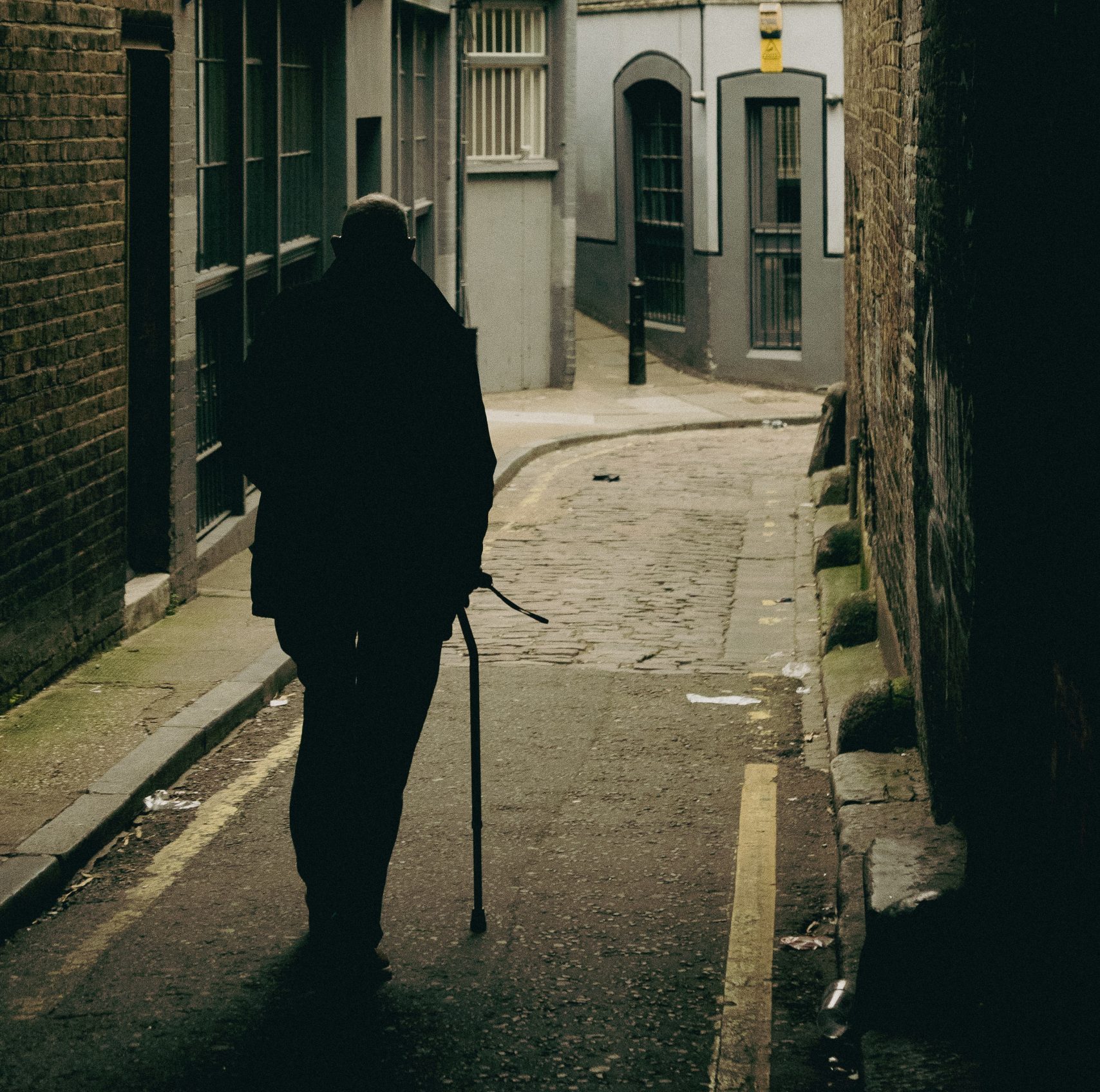 Our little group left the upper room and made our way through the streets of the quiet city. It was dark, very dark, but our eyes adjusted to the darkness, and we continued slowly along the cobbled streets without stumbling. We knew our way; we had followed our leader many times on this same walk. But we did not realize that this would be our last such trip, ever.

As we walked through the narrow streets, he talked to us. His voice was strong but gentle, and loud enough so that we could hear every word. I can remember every word he spoke; I hear them when I wake up, and before I go to sleep again. Each day, he talks to me, and each day I listen—even now that I am an old man.

He spoke to us, his followers, as though he were our father. Strangely, it felt right that he was a “father.” I am John the son of Zebedee, and the youngest of his disciples. I am now the only one of the original Twelve who still lives. All my closest, most cherished friends have passed on, so plainly the Teacher expects me to remember his words, to write them down, and to remind the world, everyone, with ears to hear, what he said, and what he did.

Now, as I tell these stories, I make new friends, all the time. They come to my humble home, one at a time or in larger groups, and they listen fervently to all I have to tell them about the Savior, Jesus the Son of God. Some are eager, some are doubtful—at first—but soon they understand and join their companions and beg me to go on and on to relate the whole story. Yet who can tell the whole story?

The world itself cannot contain all the stories of what Jesus did, when he walked upon this earth—never mind all that he has done for us now that he sits with his Father in heaven, continuing to inspire one life after another? I have loved this man since the first time I set eyes on him.

It was at the Jordan River when I saw him approach my friend the Baptist, and when I saw him lowered into the water to be baptized. I don’t know why, but I thought—even then—that there was something special about this man, and I was determined to find out what it was that made him so.

It was a whole lifetime ago, but yes, I did find out what it was that set him apart from us, and everyone else. It was that love, not the love I instinctively felt for him at first sight, but the love that he radiated all the time. It was simply love, nothing more. Not the love of a man for a woman, nor even the love which a respectful son has for his father and mother.

It was a love that embraced every person he met

It was a love that soared in the skies above, and a love that reached into a tomb and raised the cold body of a friend. It was a love that could not be contained but reached out to embrace all human beings. It was a love which drew to itself little children, who scarcely understood why they were drawn to him, but they came and embraced him, and he returned the favor, put his hands on them, and blessed them, one by one.

It was a love that embraced every person he met, as we trudged down dusty roads from one village to another. Every day, wherever we went, he stretched out his hands to touch those who were sick, those who were lame or blind or deaf or even consumed by leprosy. His touch—just a simple touch—changed each of them, man or woman, into a new person.

He found people who were downcast, with disease and weariness and worry and fear, and his touch created a new being, as though each of them had just been reborn, at that very moment. Where once their faces revealed pain and grief, and bitterness and anger, I now saw in their eyes bright reflections—of devotion, eagerness and joy.

And when they finally left, they went away with heads held high and hearts singing as they thought of the new world to come—where love would be the rule, not the exception, a world where God would be all in all, and His glory would stretch from sea to sea. I thought of all these things as we followed him into the darkness of Gethsemane. It was midnight, and we were very tired. He left us to our rest, while he went a bit further into the shadowing trees.

I slept, restlessly, and awoke occasionally to hear him praying. He was crying and pleading, with his Father. I knew then that something most extraordinary was about to happen, and it did. They came for my friend Jesus, with torches and swords, and marched him away.

He went with them, calm and unafraid—if anything, his captors were afraid of him! At the same time, we scattered and ran and hid. We wanted to save ourselves, but ironically, he was the one who saved us. He went willingly to the trial and the cross and the tomb—and he endured it all, to save us! I saw it all, and I heard it all. To this day, I remember everything. The darkness, the beatings, the mocking, and finally the hammers and the thick iron nails.

He went with them, calm and unafraid

Then I heard his prayer; this time it was: “Father, forgive them.” And I knew then that, amid excruciating torture, there was still love—his love, for us his followers, for those whom he had healed and whom he had taught, and even for those who were preparing to kill him. The love was still there, strengthened by his terrible trials. His love was a love stronger than death, and we were the objects of his love.

When it was all done, and he had been raised from the dead, he came to us again. He told us to go into the world and tell people the good news—that one day a great light would disperse all darkness, and love would conquer hate, in all its aspects. I know that day is coming because I have felt that very love which our Master lavished upon us all, every day we were with him. I have lived many years since those experiences, but I have never lost sight of the Master’s all-encompassing love.

I have had my share of suffering, sorrow, and loss, but I have also known the truest love, the love of Jesus for all mankind. Greater love has no man than this: that he lay down his life for his friends. This may sound strange, but he is present with me every day: I can feel him nearby, wherever I go.

His love embraces me, each night as I close my eyes, and when I open them the next morning, I know that my Savior is still there and that he has been watching over me all through the night. This joy is what I wish for all of you.

This is love: not that we loved God, but that God loved us and sent His Son as a sacrifice for our sins. So, we know and rely on the love which God has for us. God is love. Whoever lives in love lives in God, and God in him. And he has given us this command: Whoever loves God must also love his brother and his neighbor.