If you are following just about any Bible reading plan (I hope you are!) then here at the end of the year you are almost certainly reading Revelation.  This book puts many people off.  It is filled, as we all know, with a lot of symbolic imagery.  Figuring out the symbols is a life-long endeavor for some, and differing conclusions are reached.  Resulting in arguments, of course—all the students being human beings.  It’s this outcome that puts many off. 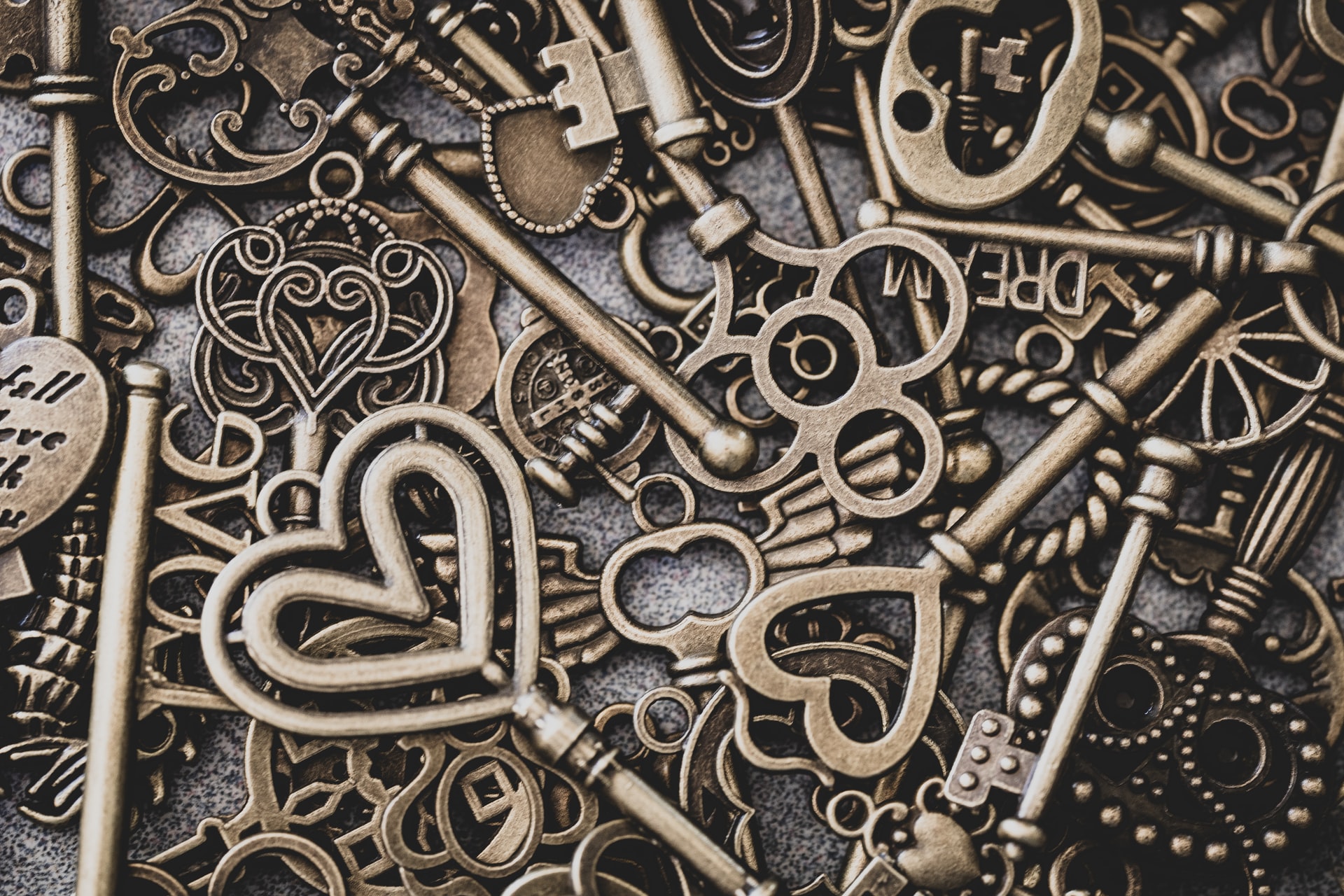 I’m not going to wade into the fray.  Rather, I’ll underline what many students also say:  There is a lot we can gain from reading Revelation, even if we can’t figure out a lot of the imagery.  And this is ample reason to not skip the book when it comes around in the readings, as some folks unfortunately do.  Here’s an example of what I mean.

There is a lot we can gain from reading Revelation, even if we can’t figure out a lot of the imagery.

In chapter 1, John has seen a vision of an awe-inspiring figure.  Even though the description of this figure is very clearly full of symbolic imagery, from the context we can easily grasp that this is the Lord Jesus, glorified.  He is the one conveying the revelation to John.  We read John’s reaction, and the Lord’s response, in verses 17-18:

“When I saw him, I fell at his feet as though dead. But he laid his right hand on me, saying, ‘Fear not, I am the first and the last, and the living one. I died, and behold I am alive forevermore, and I have the keys of Death and Hades.’ ”

Right away, this being, the one who died and now lives forever, can only be Jesus.  So that’s settled.  Let’s look at this business of the keys of Death and Hades.  (You know, I’m sure, that Hades is the Greek word for the grave, sometimes translated into English as “hell”.)

Keys.  We know what keys are.  They are for locking or unlocking something, most often a door or a gate.  And that makes us think of another couple of passages.  The first one is way back in Genesis 22, God’s final statement of promises to Abraham.

We know that these promises, which are revealed progressively starting in Genesis 12, are fulfilled in Jesus, and are in fact our own hope.  It’s verse 17 of chapter 22 that is brought to mind by Revelation 1:18.  God says to Abraham,

Gate.  A singular offspring possessing, controlling, the gate of his enemies.  He must have the keys!  From Revelation again, what are the enemies?  Death and Hades.

Now, doors or gates might be locked to keep folks in, or to keep folks out.  In Genesis, at first reading you might think the promised Seed is going to assault his enemies’ fortress, and is able to conquer by passing in through the gate.  But as Jesus explains to John, what’s really meant is the other way.  Jesus is the one who died (Death) and was buried (Hades)—but who got out!  He could not be kept in by Death and the Grave!  (As Peter declares in Acts 2:24.)

And now, let’s think some more, and turn to the second passage I’m reminded of reading Revelation 1:18.  It’s when Jesus asks the disciples who they think he is, and Peter replies,  “You are the Christ, the Son of the living God.”  And Jesus responds,

“Blessed are you, Simon Bar-Jonah! For flesh and blood has not revealed this to you, but my Father who is in heaven.  And I tell you, you are Peter, and on this rock I will build my church, and the gates of hell shall not prevail against it.”  (Matthew 16:16-18)

In Revelation Jesus talks about the keys of Death and Hades.  Here he mentions the gates of hell.  Got to be talking about the same thing, don’t you think?  Once again, first reading makes it sound like the church (founded on the bedrock of the confession of Jesus as Messiah) is somehow trying to get in, battering at the gates.  But that can’t be right.  Hell, Hades, the Grave has people locked in.  Including everyone in Christ’s church.  What Jesus is saying is that the church (the people) cannot be held by the Grave.

Mighty as the gate may be, he is mightier!

Okay, we know all this.  But isn’t it wonderful to be reminded of it?  And would we have put those passages together if Jesus didn’t give us the clue in Revelation?  Maybe.  But I think the way he puts it here is so powerful.  This mighty figure in John’s vision gives us a mighty reassurance.

This is bedrock, this is our hope; without this assurance we are utterly without hope.  The exalted, mighty Jesus Christ, says:  “Fear not!”  How can we not fear Death and the Grave?  He explains:

“Fear not, I am the first and the last, and the living one. I died, and behold I am alive forevermore, and I have the keys of Death and Hades.”

He says this not just to John, but to each one of us, when we fall as though dead—when we are overwhelmed, when we feel helpless.  Jesus, the exalted mighty one, says, “Don’t be afraid.  I own this.  I have the key, and I promise you, I will let you out, set you free, raise you up.  So that you, like me, will live forever.”

So yes, Revelation may seem bewildering.  But there are so many precious jewels like this embedded in it.  It’s worth looking for them, even if there are some things that sail over our heads, for now.  Maybe we’ll connect with some of those things next time around.