Led of the Spirit

In our reading today from Acts 23 we see Paul in the middle of a journey towards Jerusalem he began in chapter 21. But by the time we come to chapter 23 it is a journey over which he has no control. 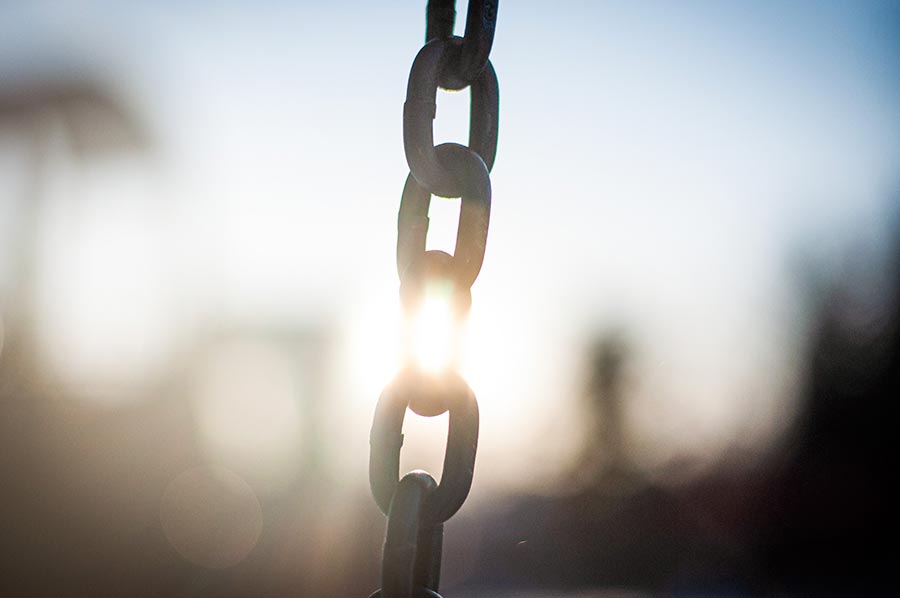 In our reading today from Acts 23 we see Paul in the middle of a journey towards Jerusalem he began in chapter 21. But by the time we come to chapter 23 it is a journey over which he has no control.

He is continually moved from one place to another, first by a mob and then by soldiers protecting him from the mob. For instance, in verse 10 the tribune, afraid Paul would “be torn to pieces” by the mob, “commanded the soldiers to go down and take him away from among them by force and bring him into the barracks.” Here Paul is experiencing something very similar to the Lord Jesus Christ. A couple of verses later we learn “the Jews made a plot and bound themselves by an oath neither to eat nor drink till they had killed Paul.” And later, in verse 31, Paul continues to be bustled along –

“So the soldiers, according to their instructions, took Paul and brought him by night to Antipatris.”

Was Paul right to go to Jerusalem? In Acts 21 we’re told some of the brethren at Tyre, as he was beginning his journey, “through the Spirit they were telling Paul not to go on to Jerusalem.” (v.4). But Paul went anyway, and it looks like he is doing so in defiance of the spirit of God, and in direct contradiction to his exhortation in Romans 8:14 – “For all who are led by the Spirit of God are sons of God.” It’s not exactly a good example for Paul to set to disobey the directions the spirit was giving him.

Let’s analyze what’s going on here by following Paul on his journey, because one of the interesting things about it is that the same word “led” from that verse in Romans 8:14 is used consistently through the next few chapters, including the three examples we looked at above from today’s reading. In Acts 21:30 the people “seized Paul and dragged him out of the temple”. From then on Paul is at the mercy of whoever has hands on him. He is pulled this way and that by other people, for instance in verse 34 where he was “brought into the barracks” by some soldiers. The word “brought” here is the first occurrence of the same word “led”. We’re also told in verse 36 that the mob wanted to kill him, saying, “Away with him!” Which is not unlike what happened to Jesus at Jerusalem when the mob cried “Crucify him!” There’s something else that happens here too. The reason why Paul is saved out of the hands of the people, who wanted to kill him, is because of mistaken identity. The tribune in charge of the soldiers who captured him thought he was an Egyptian who had stirred up a revolt (v.38) but he was mistaken.

In the next chapter Paul is once again “brought into the barracks” (Acts 22:24), again the same word for “led” is used and once again that was preceded by the mob saying “Away with such a fellow from the earth! For he should not be allowed to live” (v.22). Paul continues to experience what his lord experienced when he was brought before various trials. In chapter 25 he was once again “brought” (v.6) to the tribunal, something confirmed in verse 17 using the same word, and once again in verse 23 when Paul was “brought in” before Agrippa.

While the repetition of the word “led” is something noteworthy throughout the context, we might not think that this is an example of Paul being “led of the spirit.” However, Paul saw it differently. In chapter 26 he referred to the incident that started it all in chapter 21 and said, “For this reason the Jews seized me in the temple and tried to kill me. To this day I have had the help that comes from God” (v.21-22). Despite being carried and brought this way or that by the people and soldiers, Paul said it was all help from God. He believed he was being “led of the spirit.”

So, let’s go back to chapter 21 and look at the context of the initial warning by those who said by the spirit, he should not go to Jerusalem. Later in the chapter we read, “While we were staying for many days, a prophet named Agabus came down from Judea. And coming to us, he took Paul’s belt and bound his own feet and hands and said, ‘Thus says the Holy Spirit, “This is how the Jews at Jerusalem will bind the man who owns this belt and deliver him into the hands of the Gentiles.”’ When we heard this, we and the people there urged him not to go up to Jerusalem.” (v.10-12). That’s what the spirit was warning about – that if he went to Jerusalem he would be bound and delivered to the Gentiles. But Paul, being a type of Christ as we’ve seen in the threats to kill him and the tribunals, wasn’t going to divert from his journey, just as Jesus had set his face to go to Jerusalem despite knowing that they would also bind him and deliver him to the Gentiles.

The lesson for us is to place ourselves into the invisible hands of God while we go through our various trialsWhat Paul was doing was not disobeying the spirit. In fact, the opposite is true because after Paul told them “I am ready not only to be imprisoned but even to die in Jerusalem for the name of the Lord Jesus.” (v.13) they responded, “Let the will of the Lord be done.” (v.14). God’s will was done as Paul was invisibly led of the spirit by the hands of the people and soldiers.

The lesson for us is to place ourselves into the invisible hands of God while we go through our various trials. If we say, “let the will of the Lord be done” and follow our Lord Jesus Christ, no matter what people do to us, whatever life brings us by carrying us here and bringing us there, all things will work together for good. So, let’s view the situation we’re in now as God’s will working in our lives and realize, despite what we see with our eyes, we’re obtaining help from the invisible God and in the care of his gracious hands.