Lighting Your Own Fire

Isaiah 50 is about the obedient servant. This is a Messianic passage, about redemption. The Lord had come calling but there was no one listening, as if His arm was too short. Isaiah/Jesus lit a fire of redemption, by his obedience to the Lord, his instructed tongue. 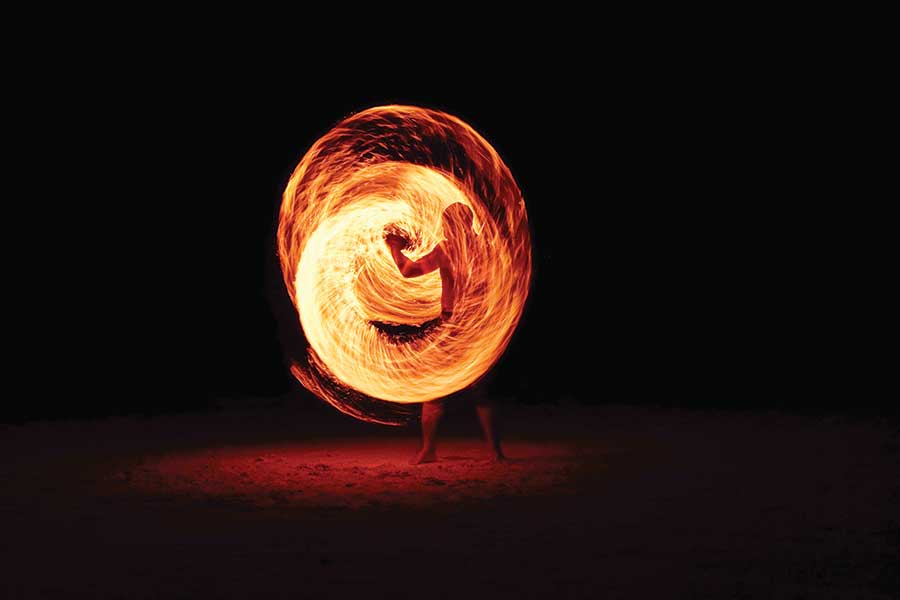 “Who among you fears the Lord and obeys the word of his servant? Let the one who walks in the dark, who has no light, trust in the name of the Lord and rely on their God.

But now, all you who light fires and provide yourselves with flaming torches, go, walk in the light of your fires and of the torches you have set ablaze. This is what you shall receive from my hand: You will lie down in torment” (Isa 50:10-11 NIV).

Isaiah 50 is about the obedient servant. This is a Messianic passage, about redemption. The Lord had come calling but there was no one listening, as if His arm was too short. Isaiah/Jesus lit a fire of redemption, by his obedience to the Lord, his instructed tongue. Isaiah/Jesus did not hide his face from his mission, despite the mocking, the spitting. So the Lord God gave him (the servant, Jesus) the light. Will we answer? Or, will we light our own fire?

The Nation of Judah was walking in darkness. The Lord sent His servant Isaiah with the light of redemption, but they resisted the light of God and lit their own fires. Meanwhile, the Northern Kingdom was being destroyed by Assyria. Soon, Assyria would be knocking on their door. They were rebellious against God. They did not understand. They were a sinful nation, a people loaded with guilt. A brood of evildoers, they spurned the Holy One of Israel, they were given to corruption, forsaking the Lord, and turned their back on Him. They were afflicted, from the sole of their foot to the top of their heads. There was no soundness in them, only open wounds and sores. Their country was desolate, their cities were burned with fire, their fields had been stripped by their enemies.

The Daughter of Zion was left like a shelter in a vineyard, like a hut in the midst of a melon patch. Unless the Lord Almighty had left some survivors, they would have become like Sodom and Gomorrah. And all this message was within the first 9 verses of Isaiah 50.

The amazing thing was that the nation was still continuing to worship. Their sacrifices were multitudinous, but empty, because God had had enough of their blood of lambs, goats and bulls. They were trampling the Lord’s courts with meaningless offerings. They were keeping the convocations, New Moons, Sabbaths, festivals, they were spreading out their hands in prayer, But God was not listening, because their hands were full of blood. The faithful city had become a harlot. Where righteousness once dwelt now were only murderers. and rule was by rebels. There was corruption, bribes, deceit, and lies. The people clasped hands with pagans. They were full of superstitions from the East.

They called evil good and good evil, put darkness for light, light for darkness, bitter for sweet and sweet for bitter. WOW! Sound familiar? Sounds like relativism which denies that there is such a thing as absolute truth, or it sounds like rationalization, which lets each individual decide what is moral for themselves.

This is The World. We watch its movies and murder mysteries, participate in its sports (actively and passively), celebrate its feast days and fake saints, from Santa Claus to the Easter Bunny. We are addicted to its media, and adopt its humanistic rationalization of good and evil. The good people are labeled evil and the evil people are labeled good — why do we join hands with The World??

Isaiah preached the light of redemption. On behalf of the Lord, Isaiah pleaded for critical thinking, on his knees, prostrate on the ground.

“Come now, let us reason together, though your sins be as scarlet – they will be as white as snow, though they be red as crimson – they shall be white like wool” (Isa 1:18).

The Lord wanted to have a conversation… who will listen?

Isaiah speaks of a time to come. “The people walking in darkness have seen a great light; on those living in the land of deep darkness a light has dawned” (Isa 9:2). We wouldn’t walk in our own light? Would we? A lot of Bible folks did, and lit their own fires:

The list could go on and on. We spare you…

We have the Son, who will reign on the Throne of David, upholding justice and righteousness (Isa. 9:6-7). We have Jesus. Jesus said, “I am, the light of the world. Whoever follows me will never walk in darkness, but will have the light of life” (John 8:12). We have that light: Jesus Christ, crucified, risen and coming again. The true light that lightens the world (John 1:9).

Don’t make the mistake of lighting your own fire… the consequences are horrific! Remember though, we are not the light; we have no source within. We don’t create light. We reflect the light of Christ like the moon reflecting the light of the sun. Jesus said, “I am the light of the world.”

Jesus did not come wearing a white robe with a halo over his head. Jesus came to save the lost: the poor, the sick, the sinners, the lepers, the disenfranchised, the prostitutes, the tax collectors, the demon possessed. He came and dwelt among us. “The night is far spent, the day is at hand. Cast off the works of darkness and put on the armor of light.” (Rom 13:12) Put out your own fires.

God, who commanded the light to shine out of darkness has shone in our hearts — to give the light of the knowledge of the glory of God in the face of Jesus Christ.

If you are living in your darkness of self-interest and worldliness, come now, this morning, to the light, to Jesus, and stop lighting your own fires. Come in this manner:

Listen. Wake up. Get up. Your true light has come. Amen!

How would you react, if you were transported into the throne room of the Almighty? …
Continue Reading
Reflections

There are a number of ways we can grow weary.  The most common and obvious…
Continue Reading
Reflections

Without Neglecting the Others

Quick:  Form a picture in your mind of Jesus.
Continue Reading

The Rich Man, Lazarus and Abraham (Part 4 of 4)

Commandments of Our Lord