When children are blessed, they are happy. The little ones can feel love, along with warmth, security and belonging. There is no doubt that those little ones and their parents left Jesus’ presence with a very real sense that it had been good to be with him. 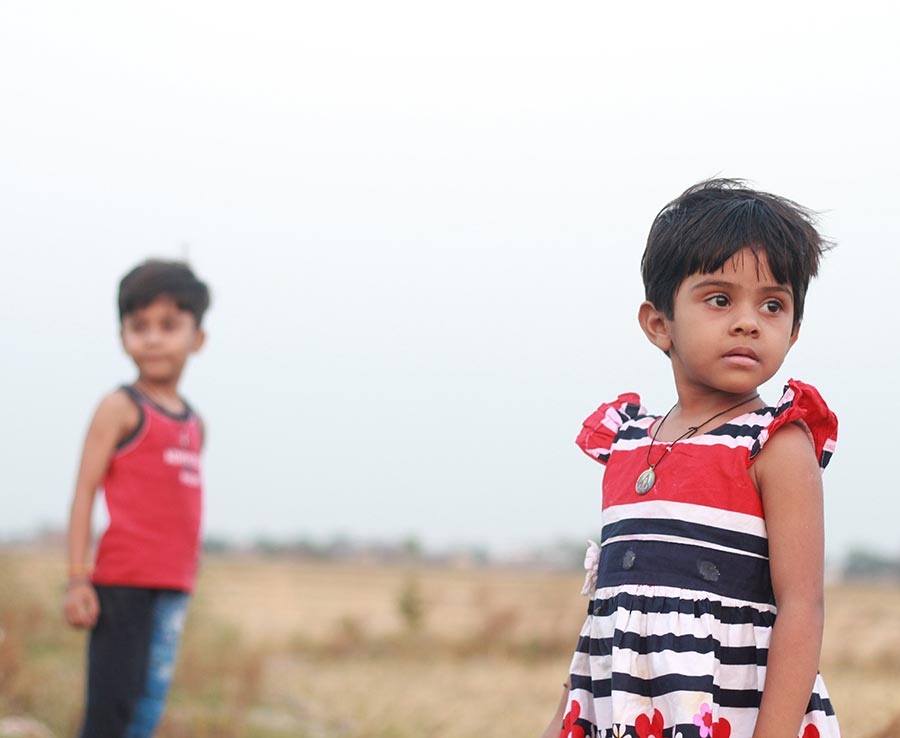 “People were bringing little children to Jesus to have him touch them, but the disciples rebuked them. When Jesus saw this, he was indignant. He said to them, ‘Let the little children come to me, and do not hinder them, for the kingdom of God belongs to such as these. I tell you the truth, anyone who will not receive the kingdom of God like a little child will never enter it.’ And he took the children in his arms, put his hands on them and blessed them.” (Mark 10:13-16).

This picture of Jesus blessing the little children expresses so much about this man from Nazareth, more perhaps than we have appreciated. Everyone who has hugged a small child and made funny faces and funnier sounds will understand. There is an abiding humanity, and humility, in this man we know as the Son of God.

When children are blessed, they are happy. The little ones can feel love, along with warmth, security and belonging. There is no doubt that those little ones and their parents left Jesus’ presence with a very real sense that it had been good to be with him. They trusted that his voice, his touch, his attention, and his prayers could only benefit them beyond anything they could do for themselves. Jesus had given them a gift to cherish for a lifetime: he had drawn them, adult and child alike, to himself, and he had made them feel blessed and happy.

Isn’t that also how we should receive all the children of God — as our heavenly Father’s gifts to us?

“There will be…rejoicing in heaven over one sinner that repents…” (Luke 15:7).

“Everyone who believes that Jesus is the Christ is born of God, and everyone who loves the father loves his child as well.” (1 John 5:1).

We profess to love Jesus, the Son of our heavenly Father. But do we love the “little ones,” the other children of our Father? Or do we judge them as not quite up to our standards, morally or intellectually? Do we see them as unworthy of our fellowship? Have we forgotten that our ecclesia is not an exclusive society, in which membership is regulated by us, and restricted only to the very best candidates? In fact, “our” ecclesia is not “our” ecclesia at all! Instead, the ecclesia is a family, the family of God, who is the Father of us all.

Jesus values the “little ones” and not just the little ones who are very young. In Matt 10:42, he refers to certain “little ones” as his “disciples”—that is, grown-up followers of Christ—and says that anyone who gives them even a cup of cold water will not lose his reward. In three separate Gospels, he threatens those who offend “one of these little ones” or cause any one of them to stumble into sin (Matt 18:6; Mark 9:42; Luke 17:2). And in Matthew 18, he says,

“See that you do not look down on [despise: KJV; scorn or show contempt toward] one of these little ones. For I tell you, that their angels in heaven always see the face of my Father in heaven.” (Matt 18:10).

Did his disciples come to understand this? As they followed their Master through several years of preaching and healing, they observed many such “little ones” who he came to cherish. Those who the Pharisees called sinners…did some of them become our Lord’s “little ones?” Was the Samaritan woman at the well (John 4) just another bothersome Gentile, or a “little one” who belonged to Jesus? Was the man who was born blind (John 9) a useless beggar or one of Jesus’ “little ones”? Did the woman detained as an adulteress (John 8) go on to become one of his ”little ones” also?

Even at the end of Jesus’ ministry, his circle of disciples does not seem to have absorbed this lesson. In the Upper Room, they began to argue among themselves about which of them would be the greatest in God’s kingdom. Once again Jesus had to rebuke them:

“The greatest among you should be like the youngest, and the one who rules like the one who serves.” (Luke 22:26).

And he showed exactly what he meant by assuming the role of the lowest servant and washing his disciples’ feet. (John 13:3-5).

Evidently, Jesus notices all the ”little ones”—all the “sinners,” the less respected, the less educated, the common, the unclean, the “poor” in their “shabby clothes” (James 2:2), and those who the better sort might look down upon, for whatever reason. He sees them as his special concern, and he is fiercely protective of them. He is also determined that, if they so choose, they will be welcomed into God’s own family, whether the rest of us like it or not.

“Whosoever shall offend one of these little ones that believe in me, it is better for him that a millstone were hanged about his neck, and he were cast into the sea.” (Mark 9:42).

These are Jesus’ words, not mine or anyone else’s.

It is a frightful warning we ignore at our peril.

Abominations: The Other Ones

Take a few seconds and think of the food you like the least...
Continue Reading
Reflections