There are a multitude of reasons why brothers, sisters and young people leave the Truth. I won’t attempt to list them here. But I will say that for some, it doesn’t mean they stopped believing. 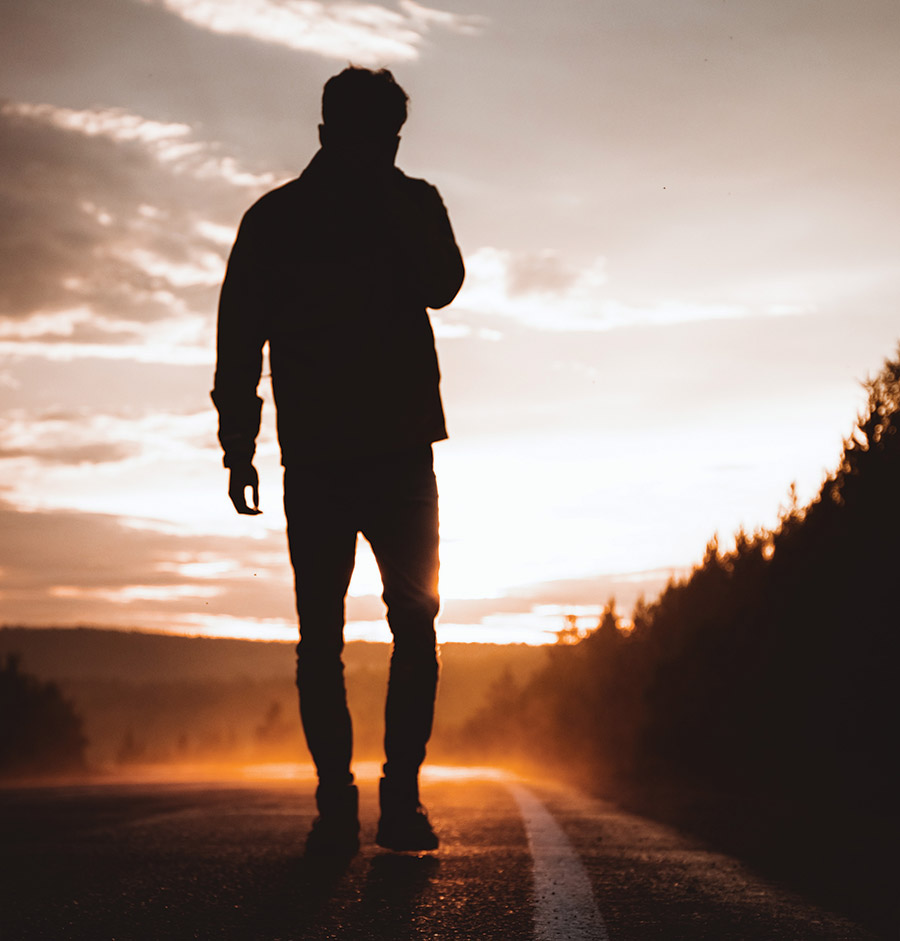 Last month, I learned that Steve passed away due to complications from COVID-19. He was only a few days away from his 66th birthday. Steve was living with his wife in a small town outside Reno, NV. Two weeks later, his wife, Gale, also passed away from this dreaded virus.

I suppose this story is no longer unique. In the US alone, three-quarters of a million people have died from the virus. This virus has robbed families of parents, husbands, wives and other loved ones. To the compilers of data associated with this disease, Steve and Gale were just another couple of data points. But not to me.

While I never met Gale, Steve was once a close friend in my home ecclesia. He was a regular participant at all ecclesial functions. We worked together as teenagers in a restaurant for about a year. We were baptized within a year of each other. Steve was in my wedding party in 1976. We had traveled together, discussed serious topics, and laughed much. We both expected to continue our friendship throughout our lives.

But that didn’t happen.

A few years after my marriage, I saw less and less of Steve. He moved out of the area. Eventually, Steve left the Truth. Not immediately, of course, but after a series of decisions he made that did not include the Lord. I suspect he found these decisions led him in a direction he had not willfully chosen.

Later in life, he got heavily involved in local government and he became well known in his community. Steve told me during a phone call about a decade ago how he was happy in his life. I held out hope that Steve might return to the Truth, but after that call, it sounded hopeless. I suppose if you’ve grown up in the Truth, you too could call to mind people who were your contemporaries, who you anticipated spending the rest of your life with, but you lost track of them.

Since Steve’s passing, I have asked myself many times what I might have done differently with Steve over the years? I always held hope for him to return, but this will never happen now. I did pray for him, but sadly I must confess that those prayers ceased a decade ago. His fate now rests in the hands of the Righteous Judge.

Friends like Steve, though once dear to us, can just become nostalgic memories.

This leaves me thinking about other “lost sheep” within our ecclesias. It is so easy for them to drop from our minds. There may be a flurry of efforts early on to reach them, but we often fail to continually seek them out. Prayers may dry up. They come off our ecclesial lists. Over the years, unless they are family members, they may be forgotten.

Friends like Steve, though once dear to us, can just become nostalgic memories. There are a multitude of reasons why brothers, sisters and young people leave the Truth. I won’t attempt to list them here. But I will say that for some, it doesn’t mean they stopped believing.

One brother I knew was gone for more than 35 years, and only returned after the death and funeral of his brother brought him back in contact with brothers and sisters. Another had been gone decades, feeling that we would never accept him again as a brother due to the lifestyle decisions he had once made but were no longer active. It makes me pause and wonder just how many “lost sheep” are waiting for a shepherd’s voice to call them back?

I remember a brother once saying lost sheep know where we are located and how to come back. After all, we were still at the same address. All a wayward brother needed to do was walk back through the door. Oh, how I wish it were that easy!

For the brother that had been gone 35 years before attending his brother’s funeral, he did not return immediately. There were conversations with him over two years. One faithful brother told him that either he should come back on his own, or he would show up at his front door to bring him. It was this prompting that caused him to return.

He described coming back through the doors of the ecclesia as the most stressful decision he had ever made.

He later explained to me how overwhelming it was for him to come back into the ecclesia. He didn’t know how he would be received. He struggled internally with whether he was still worthy to be back with brothers and sisters. He described coming back through the doors of the ecclesia as the most stressful decision he had ever made.

It wasn’t really a logical battle; it was an emotional obstacle that was keeping him away. To be honest, that surprised me a bit, but I will never forget it. When he did come back through the ecclesial doors, he was joyfully greeted by dozens. It changed his life.

In that ecclesia, they instituted a wonderful process for reinstating someone to fellowship who had been gone. There was a formal extension of the right hand of fellowship again at the front of the hall. There was not a dry eye in the hall that day. He went on to return to exhorting and participating fully in the ecclesia before he fell asleep a couple of years later.

Here are a few questions for us to contemplate:

Not every person contemplating a return to the ecclesia can do this without help. In Corinth, a man was censured by many in the ecclesia because of unrepented sin. We might surmise that this is the same man that had his father’s wife (1 Cor. 5:1-5). It would appear from the record that this man had now repented. Should they wait until he decides to come back?

Paul exhorts them to take the lead,

Most of you opposed him, and that punishment was enough. Now, however, it is time to forgive and comfort him. Otherwise he may be overcome by discouragement. So I would urge you now to confirm your love for him. (2 Cor 2:6-8 NLT).

There is a certain proactivity suggested here by Paul. When sin is repented from, it may not be enough to prompt the brother or sister to return to the ecclesia. They may feel shame or embarrassment. Some sins bring tangible consequences that don’t disappear when one repents.

It is possible that those who might return will feel that the pathway is uncertain and that it is possible that they are not even wanted. Paul tells us to get them! Find them and confirm our love. Let them know that we have missed them and that we need them. For ecclesial leaders it is critical to accept the outreach of lost sheep as one of the most important responsibilities on the agenda.

Any herdsman would know that there is a need for constant oversight and care. Animals get injured and sick and need special attention. They need ample water and pastureland. A herdsman is always surveying the flock, looking for signs that there may be a problem. This requires us to accept oversight as a core responsibility as ecclesial elders and to stay connected to ecclesial members.

When one wanders away, it is the shepherds who are to ensure they are sought out. I suspect that recovering “lost sheep” represents a significant opportunity for most of our ecclesias. Those lost were almost certainly educated well on the fundamentals of the Truth. Even after many years away, most say that they never believed the false doctrines that other churches taught.

They are missing pieces of the body, and we will function more effectively with them back in our midst. Beyond this, it is a constant reminder to all of us that no matter where we are or have been, the door to repentance is always unlocked and welcoming.

When we search the valleys and hills for those who are lost, we are aligned with the work of our Lord. He said, “For the Son of man is come to save that which was lost.” (Matt 18:11). May our efforts bring glory to our God. I will miss my friend, Steve. I pray you will not have a similar experience.

Thank you for your article. I agree with your suggestions. Sometimes it’s difficult to know what the best way to get them back. I find just staying in touch and being a good listener is helpful
Sometimes people get hung up on thinking a person hasn’t apologized or shown repentance. It could be the person’s situation perceived by others was wrong in the first place. We always need to remember what Jesus did for us and that our Heavenly Father expects us to forgive so we can also be forgiven.

Thank you, Sis. Barbara. I am sure that all judgment of the thoughts of the heart and sincerity of repentance belong with the Lord, not us.