Not the Beginning We Anticipated

Well it has been just over four weeks now since Isaiah and I safely arrived at our apartment here in La Paz, Bolivia. It was quite the journey to get here, and we were not entirely sure that we would even make it! 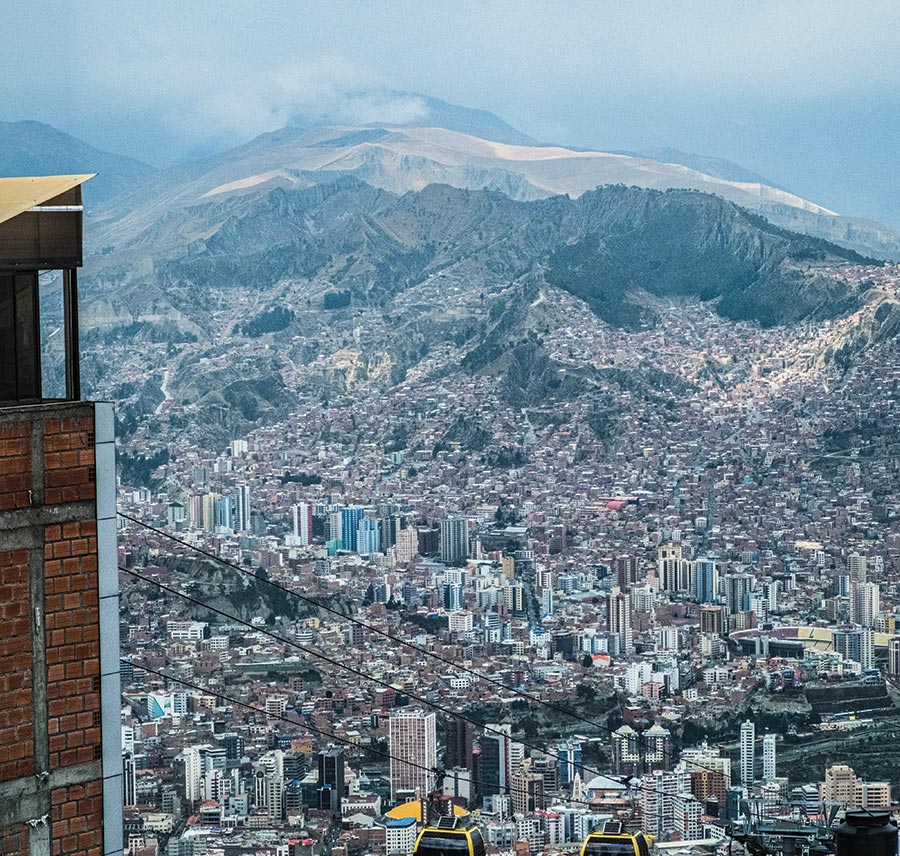 Well it has been just over four weeks now since Isaiah and I safely arrived at our apartment here in La Paz, Bolivia. It was quite the journey to get here, and we were not entirely sure that we would even make it!

At the beginning of this year we were both in California visiting Isaiah’s family for a couple of months before heading to South America where we planned to start two years of mission work in Bolivia. All was going according to plan until right before we left when Coronavirus really started to have an impact worldwide. We were still planning on going in spite of this, but the day before we were due to leave, we found out that Peru had entirely shut down their borders. Our flight from the USA was routed through Lima, Peru to Bolivia and so had been cancelled. Finding an alternate route was not straightforward, as there are no direct flights between America and Bolivia and many countries in South America were due to close their borders within the next 24 hours — not giving us enough time to route through on our way to La Paz. Eventually we found a flight that stopped in Brazil and would get us to Bolivia.

Setting out the next day, it really felt as if we were going against the tide. Everyone else it seemed was heading home to their native countries, and on our flights, we were pretty much the only foreigners. As we were travelling, we found out that Bolivia would be closing their borders and entering a state of nationwide quarantine beginning in 48 hours — not long after we were due to arrive. We were praying that no flights would be delayed and that we would land before everything locked down. Thanks be to God, everything went to plan and we arrived in La Paz safely on Wednesday afternoon, only to be told by immigration officials that the border had already closed to foreigners and they were only allowing citizens into the country! We were told to go and stand in a corner with a couple of other foreigners who had arrived on the same flight and to await their decision. After what seemed like quite a long time (but was probably only about a half hour), and much discussion of many officials, they came and spoke to us saying that they had decided they would allow us into the country. Praise God!

We first had to complete a health examination before we were allowed to leave. Taking Isaiah over to another corner, they carried out a very ‘rigorous’ health check. After taking down his name, number and contact details, they took his photo and his ‘examination’ was complete! They told us we needed to self-isolate for 14 days, and then they finally let us walk free!

The stress was not yet quite over though, as due to being held up in the airport awaiting their decision, we walked out of the airport after 6pm. Bolivia had just laid out a whole bunch of curfew laws the day before and no public or private vehicles were supposed to be on the road at this hour. Our taxi driver was waiting for us, and when we asked him whether this would be an issue, he said not to worry as he knew the back streets! Sure enough we arrived at our apartment 20 minutes later, not having been stopped by any police.

What a relief to walk in the door and know that thanks be to our Heavenly Father we had safely arrived! We are so grateful for His loving care in looking after us, and we truly feel that it must be His plan for us to be here in La Paz as so many things almost hindered us from being able to come, and yet, thank the Lord, here we are.

Since arriving, curfew and quarantine rules have tightened even further: only one person per family may leave once a week between the hours of 7am and 12pm to buy essential items (what day you are allowed to go out depends on what your passport number ends in, and is monitored by police), and no public or private transport is allowed on the road. Anyone caught flaunting these rules will have to pay a fine as well as spend 8 hours at the local police station!

It is very strange to be living in an apartment building in the middle of a large city and to open the window and only hear the sound of dogs barking, and the occasional bird chirping. Despite the isolation, we have been able to meet with the brothers and sisters regularly via Zoom (online video conferencing), although we are definitely looking forward to seeing them face to face.

Besides the weekly breaking of bread, Isaiah also runs a midweek bible class and we are each doing personal Bible classes multiple times a week with a few interested friends here. We have also had one online combined meeting with brothers and sisters joining from Chile, Argentina and Peru and hope to start a weekly bible readings session via Zoom as well. People are definitely questioning the state of the world here (as I imagine is the case in much of the world), and there is a lot of fear, but this means that the fields are ripe for the harvest!

We ask for your prayers that God will open men’s hearts to gladly receive the good news of the Kingdom of God here in Bolivia.