Paul was given a huge task as apostle to the Gentiles. He had to go into the territory of a multiplicity of pagan gods and convince people there is only one true God. And that God was not the God of ancient superpowers like Rome, Greece, Egypt or Babylon.... 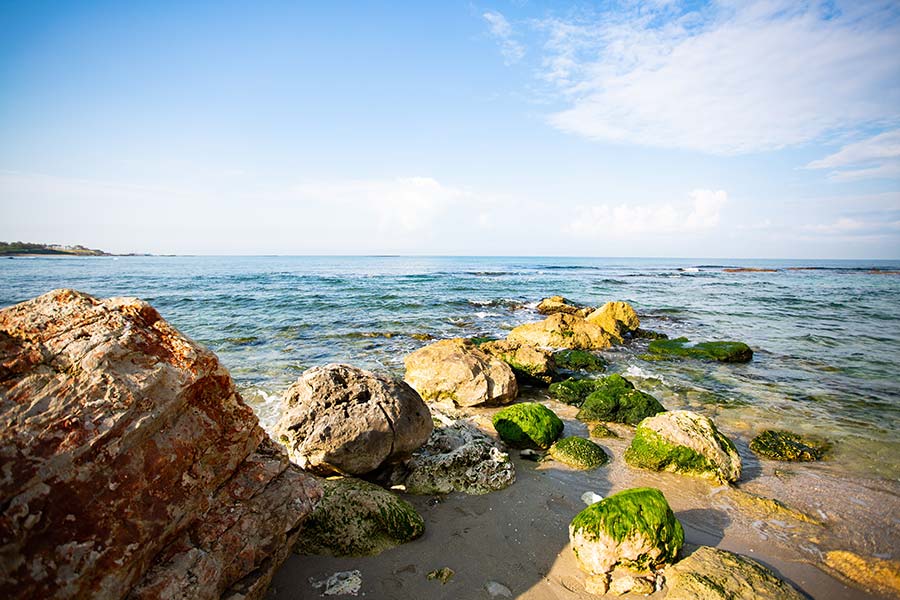 Paul was given a huge task as apostle to the Gentiles.

He had to go into the territory of a multiplicity of pagan gods and convince people there is only one true God. And that God was not the God of ancient superpowers like Rome, Greece, Egypt or Babylon; it was the God of the small and, from a worldly point of view, insignificant nation of Israel.

But Paul had the guidance of Scripture for his mission, and one of his favorite books of the Bible – Isaiah. We know he really likes this book because he keeps quoting it all over the place and, as we’re going through in our readings at the moment, it covers the topic of his mission perfectly. In today’s reading from Isaiah 44, for instance, we read about both the folly of idolatry and the magnificence of the one true God’s purpose with Israel. That was Paul’s message to the Gentiles.

Paul in his message also makes some interesting connections between Isaiah 44 and Deuteronomy 32 that are useful for both his message to the Gentiles and also give deeper insight into Isaiah’s message to the Jews. For instance, to the Corinthians when talking about food offered to idols he says, “what pagans sacrifice they offer to demons and not to God.” (1 Cor. 10:20). That phrase at the end of the verse comes straight out of Deuteronomy 32:17 – “They sacrificed to demons that were no gods”. What’s interesting about the context is it’s about both God’s purpose with Israel, and the folly of idolatry, just like in Isaiah.

But what is really interesting is the connection between Isaiah 44 and Deuteronomy 32. In verse 8 of Isaiah 44 Yahweh through the prophet asks, “Is there a God besides me? There is no Rock; I know not any.” When you dig beneath the surface of that verse you find the word for “God” is unusual. It’s not the normal word but the seldom used eloah. Job uses that term for God a lot, but it’s only found in a scattering of other verses elsewhere in the Old Testament. This is Isaiah’s only use of it, so it’s highly unusual for the prophet and it seems he uses it because he wants to direct our attention back to the first two occurrences of eloah – both in Deuteronomy 32. One of them is that word “gods” in verse 17 quoted above. The other is in verse 15 about the children of Israel –

“But Jeshurun grew fat, and kicked; you grew fat, stout, and sleek; then he forsook God who made him and scoffed at the Rock of his salvation.”

You’ll also notice God is called a “Rock” here, just like in the verse from Isaiah. It’s a title used five times for Yahweh in the chapter and once in verse 37 when asking the question about the pagan nations – “Where are their gods, the rock in which they took refuge”.

Who is “Jeshurun” in the verse from Isaiah? It’s a nickname for the children of Israel, only found here in Deuteronomy (once in this chapter and twice in the next) and one other time – in Isaiah 44 –

What Isaiah does is build on the message of Deuteronomy 32, a message that centers around God’s purpose with His people. The chapter says an incredible thing – that the nations only exist to support that purpose. Look at verses 8-9 –

“When the Most High gave to the nations their inheritance, when he divided mankind, he fixed the borders of the peoples according to the number of the sons of God. But the Lord’s portion is his people, Jacob his allotted heritage.”

The one true God gave the nations their inheritance in relation to the “sons of God” or, as some manuscripts have it “the sons of Israel”. Either way, the existence of the nations is simply there as a supporting cast for Israel.

In Isaiah 44 the prophet says,

“since I appointed an ancient people. Let them declare what is to come, and what will happen. Fear not, nor be afraid; have I not told you from of old and declared it? And you are my witnesses!” (v7-8).

Notice the echo with Deuteronomy with the words “since I appointed an ancient people”. God’s purpose is incredible. Thousands of years ago He appointed the ancient people of Israel and the nations around them to bring about a purpose that would stretch for millennia. And what the prophet says in the rest of those verses was Paul’s message to the Gentiles. He used Isaiah’s prophecy to teach Gentiles about the one true God and witness to the amazing purpose of the God of Israel.