We’ve just finished reading Ecclesiastes which opens with the premise “there is nothing new under the sun” (Ecc. 1:9), but how true is that? Let’s take the example of the science versus religion debate of the modern era. 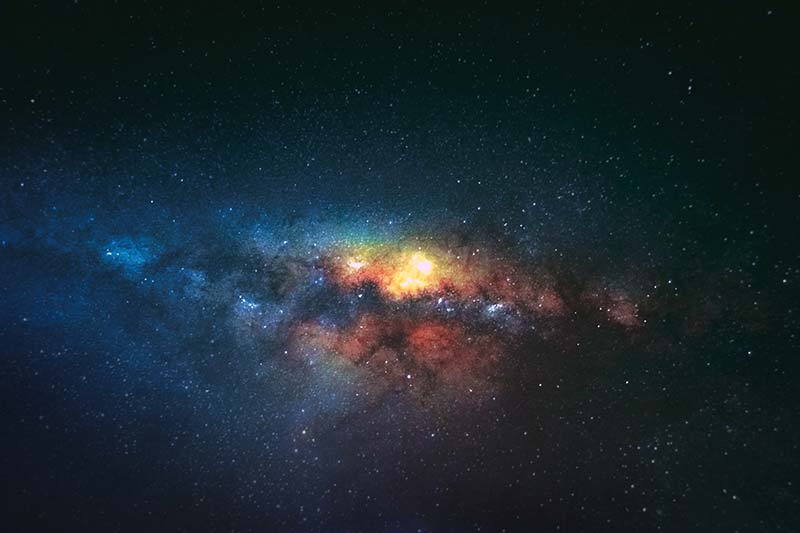 We’ve just finished reading Ecclesiastes which opens with the premise “there is nothing new under the sun” (Ecc. 1:9), but how true is that?

Let’s take the example of the science versus religion debate of the modern era. Ever since Darwin presented his thesis about the origin of life there has been a backlash from the religious community. We’ve ended up today with two extremes and two new words to coin them – scientism and creationism. At one end of the spectrum we have those who are viciously anti-theist and say science is the answer to everything. On the other end we have your stereotypical religious fundamentalist who is close-minded and blindly offers pseudo-scientific arguments that have become the laughingstock of the academic community. As Christadelphians we have traditionally, for the most part, stood in between both extremes, defending our core belief in the Creator but having a healthy respect for science.

You might think nothing like this has happened before, but in our reading from Acts 17 we find that there really isn’t anything new under the sun. When Paul came to Athens, he was confronted by two very different groups of Greek philosophers, the Epicureans and Stoics. The Epicureans are an ancient champion of the scientific community. Epicurus, its founder, taught a form of evolution thousands of years before Darwin. While the Epicureans did believe in the gods, they were deists rather than theists, meaning they did not believe the gods had any interest in the Earth or humanity. The Stoics were at the opposite end of the spectrum. They believed that the gods were involved in every aspect of life down to the smallest detail.

Paul, having seen all the idols around the city, opened his speech on Mars Hill with the words, “Men of Athens, I perceive that in every way you are very religious.” (v.22). In the KJV the word for “religious” is translated “superstitious” and both are good translations, but it all depended on whether you were an Epicurean or Stoic. The Greek word itself is deisdaimonesterous, and literally means “fear of demons”. The Greek philosophers used the word daimon (demon) in verse 18 – “He seems to be a preacher of foreign divinities”. The Greeks had a hierarchy of gods, with those at the top, like Zeus, described as theos, the normal Greek word for god. But daimon, which is normally translated “demon” in English, was one of the smaller gods of Greek mythology. The Stoics believed in many of these demons and every facet of life was governed by one of them. So, when the Epicureans heard the term deisdaimonesterous, they would look at the Stoics, nod their heads, and say, “Yep, those Stoics sure are superstitious” and look at it as a derogatory term.

The Stoics, on the other hand, would see it as a compliment that they were very religious folk. The same word comes up in a book written by a philosopher named Theophrastus, a colleague and successor of Aristotle. His book, entitled Characters is a collection of humorous stereotypical sketches of the types of individuals who lived in Athens. One of the chapters is about someone who suffers from deisdaimonia – the fear of demons. In that character sketch Theophrastus writes about the myriad of ways in which that sort of person would perform rituals throughout the day to obtain the favor of the gods. It reads like this person’s behavior is ridiculous from being extremely superstitious, but to the Stoics someone who was properly religious and devoted to the gods.

The rest of Paul’s speech continues to focus on the Stoics. After quoting from the philosopher Epimenides – “In him we live and move and have our being “ in verse 28, he also quotes from the poem Phaenomena in verse 28, which is about the greatest of the Greek gods, Zeus – “For we are indeed his offspring.” Those words are also used in another philosopher’s work Hymn to Zeus. Both Aratus, the author of Phaenomena, and Cleanthes, the author of the Hymn to Zeus were disciples of Zeno, the founder of Stoicism. By quoting from works which refer to the Stoic concept of God, Paul was establishing some common ground. However, there was one fundamental difference. The Stoics believed that the gods, including Zeus, were immanent. Immanence is the idea that the divine is immersed in nature itself. When the Stoics looked at the universe, for instance, they saw Zeus. But that’s not the concept of the divine which the Bible teaches. And what Paul is going to teach the Stoics is about the transcendence of God, that he is not contained within nature but is outside the world, outside space and time and sovereign over all creation.

Notice the emphasis in Paul’s words – “The God who made the world and everything in it, being Lord of heaven and earth, does not live in temples made by man, nor is he served by human hands, as though he needed anything, since he himself gives to all mankind life and breath and everything.” The God whom Paul preached is the creator and sustainer of everything. Paul then closed his remarks with the warning “he has fixed a day on which he will judge the world in righteousness” (v.31), and it’s clear Paul’s mind was in Psalm 96 which closes with the same words – “He will judge the world in righteousness” (v.13). Paul was living out this Psalm which says in verse 3 “declare his glory among the nations, his marvelous works among all the peoples!”, which is precisely what Paul did in Athens. The next verse then says, “For great is the LORD, and greatly to be praised; he is to be feared above all gods” and Paul would have known that in the LXX, the Greek translation of the Old Testament, the word “gods” was daimon – Yahweh is greater than the gods of Greek myth. Verse 5 of the Psalm then reads, “For all the gods of the peoples are worthless idols, but the LORD made the heavens”, and that’s the message Paul was trying to get across to both sets of philosophers. It’s also a message we can deliver to those who believe in scientism. If you think about it, scientism is just another form of immanence, the idea that the divine (although scientists would not call it divine) is contained within the matter of the universe. But whether you associate scientism with the Epicurean or Stoic philosophy, it is wrong. There is a Creator, who is outside space and time, and who is intimately involved in the world without being contained by it. As Paul says in his speech in Athens, this is the God who not only created space and time but history too, and he is sovereign over all things, in control, and his eternal purpose in sure.