God’s word and will, not man’s, is supreme and will prevail. Trust it, dear brothers and sisters. 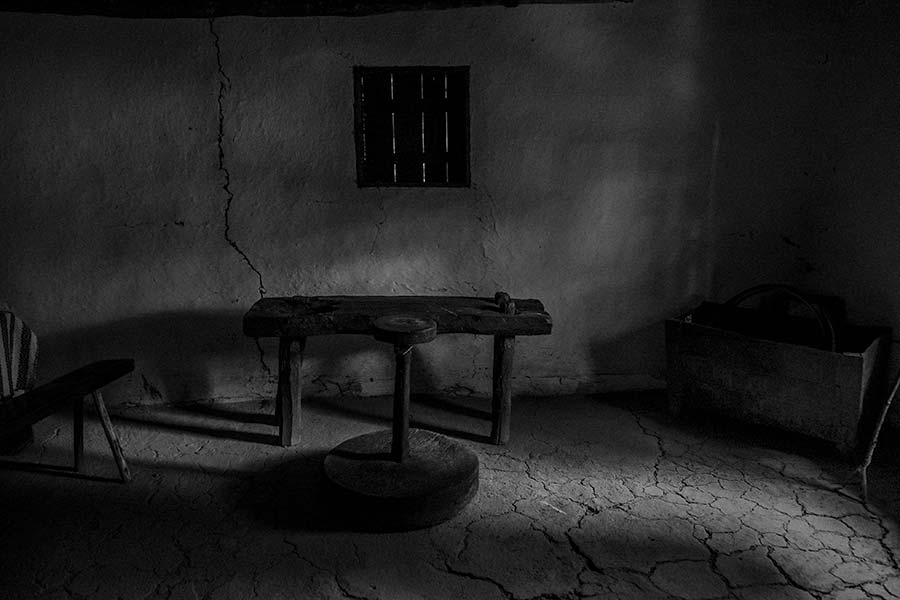 Do you remember a certain Heinz ketchup ad from the 70s? It was the perfect ad campaign that turned the frustrating wait for the ketchup to finally come out of the bottle into a positive. What a jingle: “Anticipation, anticipation, it’s making me wait.” It captured so well the feeling of wanting something that is just out of reach, waiting, knowing it’s going to be great, but it’s not…quite…ready….yet.

And so here we are brethren, in the middle of the COVID-19 pandemic, in anxious anticipation waiting to be released from our houses, our makeshift prisons, as a result of this most unlikely turn of events on the world stage.

But is it so unlikely? Are we shocked that God would capture the world’s attention with a threatening plague it cannot control? Recall, for example, the plagues of Egypt that propelled God’s people out of their bondage into the promised land.

God warned Israel He would use plagues and sickness as a response to an unfaithful generation (Deut 28). And the future plagues described in Revelation foreshadow the return of our Master and King.

It is so hard to be in that state of anticipation. During a trial, it is challenging for us to step back from our confusion, worry, fear and anxiety to stop and ask ourselves why God is bringing this into our lives? Why now? What is His purpose? What lesson are we to understand? What shift in the dynamics of the world order is God turning under His will, His plan?

Consider the mighty United States of America, our era’s undeniable superpower, the greatest modern military might in the world, the epitome of human strength—challenged and failing to prevent this illness, and having to virtually shut down its own economy to try to stop it. The last big protector of Israel is challenged in an instant. Why?

I’m not suggesting God is punishing the world with this virus, or that I can understand how God is using this to bring about the return of His Son. We are all trying to understand this. But we are in anticipation, aren’t we?

The story of Acts 12 is a great story about anticipation and deliverance, a good frame of mind to be in at a time like today:

“It was about this time that King Herod arrested some who belonged to the church, intending to persecute them. He had James, the brother of John, put to death with the sword. When he saw that this met with approval among the Jews, he proceeded to seize Peter also. This happened during the Festival of Unleavened Bread. After arresting him, he put him in prison, handing him over to be guarded by four squads of four soldiers each. Herod intended to bring him out for public trial after the Passover. So, Peter was kept in prison, but the church was earnestly praying to God for him.” (Acts 12:1-5 NIV).

We can relate in a small way to this event. The lives of the disciples at that time, like ours, had been turned upside down. They were locked in John Mark’s house in fear, in sorrow and in anxious anticipation. And they prayed without ceasing—all night in prayer, even. So, we pray without ceasing—for health, for this trial to end. In Acts, the entire ecclesia was in continual prayer for Peter. God heard their prayer and delivered him.

Peter must have expected to be martyred, being chained between two soldiers—arms outstretched. He knew how his end would come because the Lord had told him! After that poignant and painful three-time questioning of Peter’s love for his Master, Jesus had responded with:

“‘Feed my sheep. Very truly I tell you, when you were younger you dressed yourself and went where you wanted; but when you are old you will stretch out your hands, and someone else will dress you and lead you where you do not want to go.’ Jesus said this to indicate the kind of death by which Peter would glorify God. Then he said to him, ‘Follow me!’” (John 21:17-19 NIV).

So, following the martyrdom of James by Herod, it was only logical Peter would have anticipated this was also his likely end. James’s execution had been met with the approval of the Jews. It was the feast time, and Peter knew the populace was anticipating his trial and execution after the Passover (Acts 12:11). The show was all prepared. Peter was next, and most likely in the manner Jesus had predicted

“The night before Herod was to bring him to trial, Peter was sleeping between two soldiers, bound with two chains, and sentries stood guard at the entrance. Suddenly an angel of the Lord appeared and a light shone in the cell. He struck Peter on the side and woke him up. ‘Quick, get up!’ he said, and the chains fell off Peter’s wrists. Then the angel said to him, ‘Put on your clothes and sandals.’ And Peter did so.
‘Wrap your cloak around you and follow me,’ the angel told him. Peter followed him out of the prison, but he had no idea that what the angel was doing was really happening; he thought he was seeing a vision. They passed the first and second guards and came to the iron gate leading to the city. It opened for them by itself, and they went through it. When they had walked the length of one street, suddenly the angel left him.” (Acts 12:6-10 NIV).

If Peter was expecting “someone else would dress you and lead you where you do not want to go,” that didn’t happen. The angel instead told Peter to dress himself, and led him exactly where he wanted to go, out of the iron shackles, out of the prison, through the iron gates and into the night.

His anticipation of the worst did not happen, and he could again rejoin his brethren and celebrate that God is in control, God is faithful and true. We may not know what God’s plan is for us, but we can trust in it, and we can trust in Him. He keeps his promises and is a God of love and deliverance for those who trust in Him.

Herod had his own sure human plan to persecute the early Christian movement to curry favor with the Jewish establishment, and yet he was dead by the end of Acts 12. God’s word and will, not man’s, is supreme and will prevail. Trust it, dear brothers and sisters. The last verse of Acts 12 concludes with the reassurance that the word of God continued to spread and flourish, just as God had planned.

So, brethren, can we muster faith in the face of uncertainty, fear, anxiety? Consider:

“My son, do not let wisdom and understanding out of your sight, preserve sound judgment and discretion; they will be life for you, an ornament to grace your neck.
Then you will go on your way in safety, and your foot will not stumble. When you lie down, you will not be afraid; when you lie down, your sleep will be sweet. Have no fear of sudden disaster or of the ruin that overtakes the wicked, for the LORD will be at your side and will keep your foot from being snared.” (Prov 3:21-26 NIV).

“Trust in the LORD with all your heart and lean not on your own understanding; in all your ways submit to him, and he will make your paths straight. Do not be wise in your own eyes; fear the LORD and shun evil. This will bring health to your body and nourishment to your bones.” (Prov 3:5-8 NIV).

What is amazing is that nearly everyone was wrong in what they anticipated: Herod, the Jews, Peter and the disciples. But not Rhoda, the servant girl.

Once Peter came to his senses in the dead of night, after the angel left him, he went to his brethren, to the ecclesia at John Mark’s house where he knew they would be. Brethren would be praying together that God will deliver them from their state of worry and anticipation.

What is amazing in this story is that nearly everyone was wrong in what they anticipated: Herod, the Jews, Peter and the disciples (for they did not believe Rhoda). But not Rhoda, the servant girl. She heard Peter’s voice, accepted right away it was him at the door, and kept insisting to the brethren it was really Peter:

“When she recognized Peter’s voice, she was so overjoyed she ran back without opening it and exclaimed, ‘Peter is at the door!’ ‘You’re out of your mind,’ they told her. When she kept insisting that it was so, they said, ‘It must be his angel.’ But Peter kept on knocking, and when they opened the door and saw him, they were astonished.” (Acts 12:14-16 NIV).

Note that, remarkably, the brothers and sisters were amazed and astonished to see just the thing they had prayed for! And so, the word of God prevailed and expanded. God’s will and purpose cannot be thwarted.

Brethren, we are not alone, even though we may feel that way, trapped in our houses. But we are together in spirit, a body of believers with Christ as our head. We need to remain united especially in these hard times of anxious anticipation. Our faith must be unwavering, trusting that God’s plan for this world is coming to fruition. We don’t know how this will happen, but God has paused the world right now and gathered our attention, if at least for the moment.

Let us prepare for that glorious anticipation that we look for—the coming of our King, who will usher in a time of peace and health, security and justice the world has never seen. Just as Peter surely was reminded, we too know God is in control, and regardless of the seemingly impossible present circumstances, His will is sovereign. He does deliver us from our sin, from the bondage of death, and He will deliver us from our anticipation into His glorious Kingdom.

Have you ever doubted if there really is a God? If your answer is “no",…
Continue Reading
Reflections

Nothing ever goes smoothly, it seems. Or if something does it’s almost a shock. Our culture…
Continue Reading
Reflections

The Lord Bless You