In today’s reading from Joshua 6 we have the account of the destruction of Jericho. There’s something unique about this first conquest in Canaan because at the end of the chapter Joshua makes the following announcement: “Joshua laid an oath on them at that time, saying, “Cursed before the Lord be the man who rises up and rebuilds this city, Jericho. 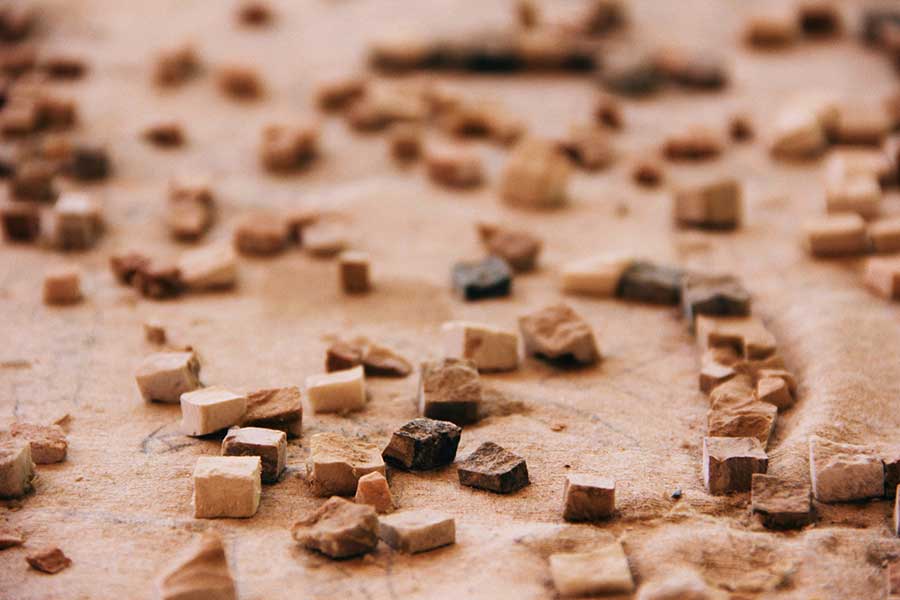 In today’s reading from Joshua 6 we have the account of the destruction of Jericho.

There’s something unique about this first conquest in Canaan because at the end of the chapter Joshua makes the following announcement: “Joshua laid an oath on them at that time, saying, “Cursed before the Lord be the man who rises up and rebuilds this city, Jericho. ‘At the cost of his firstborn shall he lay its foundation, and at the cost of his youngest son shall he set up its gates.’” Why was it so important that nobody rebuild Jericho? We have the answer in verse 17 which says, “And the city and all that is within it shall be devoted to the LORD for destruction.” The destruction of the city represents the need to deal with sin. Sin isn’t something we can make compromises with; it needs to be utterly demolished.

However, there was a man who was cursed, just as Joshua said, who did try to rebuild the city. It’s hidden away as a little footnote at the end of the introduction of the reign of Ahab in 1 Kings 16. Having explained how Ahab took over as king, his marriage to Jezebel and then bringing Baal worship into Israel, the fulfilment of the curse is the last verse of the chapter: “In his days Hiel of Bethel built Jericho. He laid its foundation at the cost of Abiram his firstborn, and set up its gates at the cost of his youngest son Segub, according to the word of the Lord, which he spoke by Joshua the son of Nun.” (v34). OK, what Joshua said came to pass. So, is that all there is to it? And now after that brief pause in the story we can move on to what happens next in Ahab’s reign?

But the writer of 1 Kings makes a point of letting us know this happened “in his days”. Why does that matter? Who cares if it happened in Ahab’s day or anyone else’s day? Let’s investigate, because what we’re going to see is what Hiel of Bethel did was emblematic of the reign of Ahab. Remember what it said in Joshua 6:17, that the whole city should be devoted to destruction. That happens to be something which was commanded in the book of Deuteronomy. It says in chapter 7 that when they come into the land and defeat the Canaanites “then you must devote them to complete destruction.” That’s exactly what they did to Jericho, but it was reversed in the days of Ahab.

That’s not the only thing that was reversed, however. Look what it says next in this chapter in Deuteronomy: “You shall not intermarry with them, giving your daughters to their sons or taking their daughters for your sons, for they would turn away your sons from following me, to serve other gods. Then the anger of the Lord would be kindled against you, and he would destroy you quickly. But thus shall you deal with them: you shall break down their altars and dash in pieces their pillars and chop down their Asherim and burn their carved images with fire.” (v3-5). That’s three things they were to be aware of – don’t marry foreign women and so bring false gods into the land, destroy altars to Baal and cut down Asherah poles. Now go back to 1 Kings 16 and look at what Ahab did:

“And Ahab the son of Omri did evil in the sight of the Lord, more than all who were before him.  And as if it had been a light thing for him to walk in the sins of Jeroboam the son of Nebat, he took for his wife Jezebel the daughter of Ethbaal king of the Sidonians, and went and served Baal and worshiped him. He erected an altar for Baal in the house of Baal, which he built in Samaria. And Ahab made an Asherah.” (v30-33).

What Ahab did here was to totally reverse the principles of Deuteronomy 7. He married a foreign woman, bringing false gods into Israel, instead of destroying altars to Baal made one, and instead of cutting down Asherah poles made one of those too.

All the way through the reign of Ahab we see the principles of God in the book of Deuteronomy being turned upside down. So, what Hiel did signified what the kingdom had become. Godly principles aren’t written in the Bible just for us to read and study. They’re important and the moment we begin to make compromises disastrous things can happen. We need to be lethal when it comes to sin. Like with the example of Hiel and Ahab, we have to pay attention to what the Bible says and not make choices that will lead away from the Truth. We don’t want to, in essence, sacrifice our children by disregarding God’s principles and allowing the altars and idols of sin to be built in our homes and ecclesias.

The Rebuilding of Jericho

Tucked away at the end of our reading in 1 Kings 16 is the story of a man who rebuilt the city of Jericho. It’s a curious little footnote in the otherwise well-known record of the life of King Ahab.
Continue Reading
Reflections