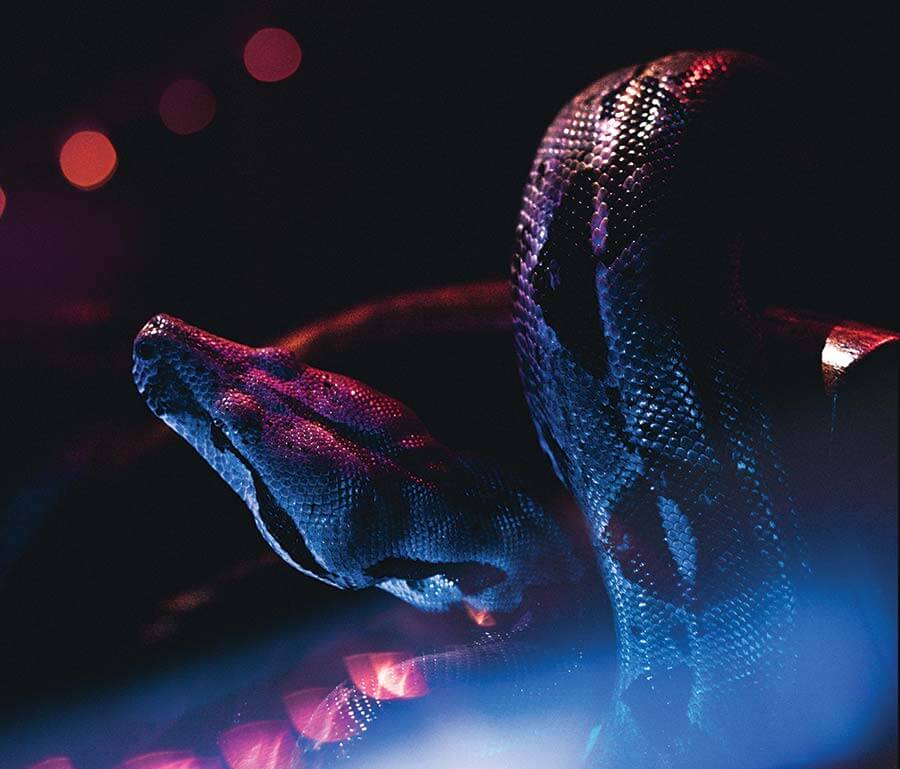 One of the most confusing passages in the Bible is in Genesis 3, where a serpent convinced Eve to eat fruit from the forbidden tree, which resulted in mankind’s inherited sinful nature. Even for Bible believers, this is difficult to understand. Most people think it’s just a fairy tale, but a deeper look into it can prove its authenticity. The chapter starts out by saying,

“Now the serpent was more crafty than any of the wild animals the LORD God had made. He said to the woman, “Did God really say, ‘You must not eat from any tree in the garden?’” (Gen 3:1).

So right away we are told that the serpent was the craftiest or most cunning animals, and that he could talk and have conversations with humans. How can we believe this? It is important to know that the Scriptures tell us that this was a true story and not just a parable. In 2 Corinthians 11:3, Paul writes: “But I am afraid that just as Eve was deceived by the serpent’s cunning, your minds may somehow be led astray from your sincere and pure devotion to Christ.”

So even in the New Testament, Paul verifies the authenticity of Genesis 3. It is also important to know that this was not a case of God tempting Adam and Eve by making the serpent speak. First of all, God wouldn’t have punished the serpent if this happened. In James 1:13 it says, “When tempted, no one should say, ‘God is tempting me.’ For God cannot be tempted by evil, nor does he tempt anyone.”

Now I’ve never been walking down the street and heard any animal speak, let alone a serpent. The question we must ask is whether this is talking about every serpent in general? Or is it talking about one specific serpent? Right after Scripture calls the serpent the craftiest animal that the LORD God had made, it says: “He said to the woman.” It doesn’t say, “And one of the crafty serpents said to the woman.” It just says “he.” So, we can now see that this is clearly speaking about one specific serpent, who was craftier than any other animal, not every serpent in general. So how would this one serpent gain all this knowledge and ability to speak?

The serpent could have very well have eaten from the Tree of Knowledge of Good and Evil. The Scriptural evidence for this comes in verse 6, right after the serpent told Eve that she would not die if she ate from the tree. The serpent says,

“When the woman saw that the fruit of the tree was good for food and pleasing to the eye, and also desirable for gaining wisdom, she took some and ate it. She also gave some to her husband, who was with her, and he ate it.”

How do you think Eve knew that the fruit was good for food? It can’t be because it looked good, because right after it says, “and pleasing to the eye.” So how do you think she knew that it was good for food then? Possibly because the serpent was right in front of her eating from the tree. How did she know that it was desirable for gaining wisdom? Because the serpent, who was unexplainably craftier and more knowledgeable than any other animal and who had the ability to intelligently speak to humans, was right there in front of her eating from the tree, and she realized that that’s where his knowledge came from.

Notice how it doesn’t say, “and after talking to the serpent, Adam and Eve walked up to the forbidden tree and ate its fruit.” It just says that “she took some and ate it.” The Scriptures allude to this conversation taking place right at the Tree of Knowledge of Good and Evil. But snakes we know today don’t eat fruit, so how could this make sense? If we look back to Creation however, we read:

“Then God said, ‘I give you every seed-bearing plant on the face of the whole earth and every tree that has fruit with seed in it. They will be yours for food. And to all the beasts of the earth and all the birds in the sky and all the creatures that move along the ground— everything that has the breath of life in it—I give every green plant for food.’ And it was so.” (Gen 1:29-30).

So back then, in the Garden of Eden, humans and animals ate plants. The snake could have eaten from the leaves of the tree. Remember it is the Tree of Knowledge of Good and Evil, not the Fruit of Knowledge of Good and Evil. The lesson this teaches us is to stay away from worldly thinking. Adam and Eve’s first mistake was to go near the tree. They shouldn’t have been anywhere near it. If they completely avoided it, they wouldn’t have been influenced to go against God’s will. The more we surround ourselves with the world, the more likely we are to sin. This was a completely true story that shouldn’t be taken as a fairy tale.

1 All Scriptural citations are taken from the New International Version.

Thanks for writing William! Interesting point about Paul’s use of the serpent story to warn us about false Christ’s in more modern times.