Hymn singing in Mozambique is raw and powerful. Although elders who can call songs are respected for their musical abilities, there is no sense of performance. 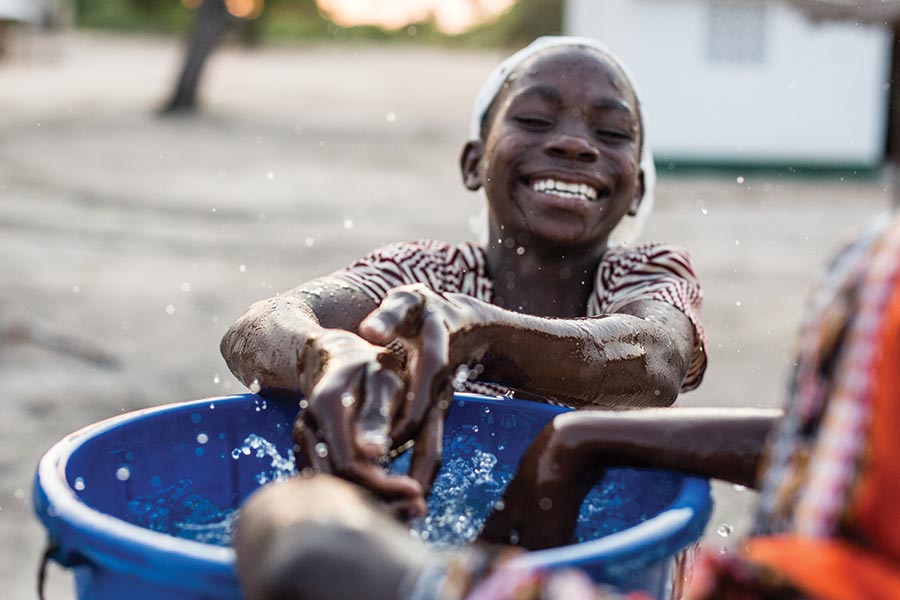 A brother or sister visiting Mozambique cannot fail to be moved by the Christadelphian community there. One is impressed by the rapid, organic spread of the Truth through the efforts of local campaigning. There is a tremendous, genuine response whenever and wherever the Scriptures are preached. It is the living, cheerful faith of our brothers and sisters who in many cases face hardships we in the West can hardly imagine.

A highlight, though, for many visiting mission workers, is the singing at ecclesial services and gatherings. Hearty, full-voiced and alive with conviction, it truly is making “a joyful noise to the Lord.” (Psa 100:1).

A highlight for many visiting mission workers, is the singing at ecclesial services and gatherings.

Christadelphian Bible Mission first became involved in Mozambique after the civil war ended in the 1990s. The first ecclesias were in the Chichewa-speaking areas close to the border with Malawi, therefore they used the Chichewa hymn book.

This book was compiled and edited by Bro. R. J. Msyamboza and first published in 1966. It is not clear whether Bro. Msyamboza wrote the hymns himself, translated them, or simply compiled a collection of existing material. The hymn books in Mozambique omit information about who wrote the hymns or when.

As the truth spread beyond the Chichewa-speaking areas, demand for new hymn books in local languages arose. Between 2016-2018, three editions of the book were produced: in Lolo, Sena, and Makhuwa. All three editions were hymn-for-hymn translations of the Chichewa book, with the work undertaken by brothers and sisters conversant in both (or all three) languages.

Singing is an integral part of ecclesial life in Mozambique

Younger generations of Mozambicans—including those in our community—are increasingly turning  to Portuguese, with the language steadily and comprehensively replacing African languages in both verbal and written communication. Just this year the brotherhood in Mozambique decided to switch to Portuguese for instruction in Sunday schools, and before long it’s highly likely there will be the need for a Portuguese hymn book.

Singing is an integral part of ecclesial life in Mozambique, just as it is (or should be) in the English-speaking world. It is always unaccompanied and is invariably in rich, multi-layered harmony.

At appropriate points in the service, an ecclesial elder will suggest a hymn number. Almost all hymns are sung in “call and response” style. An elder, usually the one who suggested the hymn, issues the “call” which indirectly sets the pitch and tempo of the hymn, and it is followed by the response of the congregation. Interestingly, the “call” is simply the first few syllables of the line, seemingly unrelated to the main melody, which in any case is known by heart by the congregation.

Hymn singing in Mozambique is raw and powerful.

The tunes themselves are mostly traditional in origin, though there are a few recognizable melodies—mainly from American gospel and camp meeting hymns. There is no printed music, and harmonies are wonderfully improvised. The blend of voices is of course unique to each ecclesia and each occasion, meaning no hymn ever sounds quite the same way twice.

Hymn singing in Mozambique is raw and powerful. Although elders who can call songs are respected for their musical abilities, there is no sense of performance. The swirling harmonies focus the mind and the heart on the words and their meaning and, perhaps even more deeply, on the harmony that exists between us, even when we are separated from each other by language, culture, and lifestyle.