Speaking Well of Other Christians

Can a person proclaim Christ yet be fundamentally confused by his nature and relationship to God? Can someone be a “believer” and have some fundamental misunderstandings about first principles? 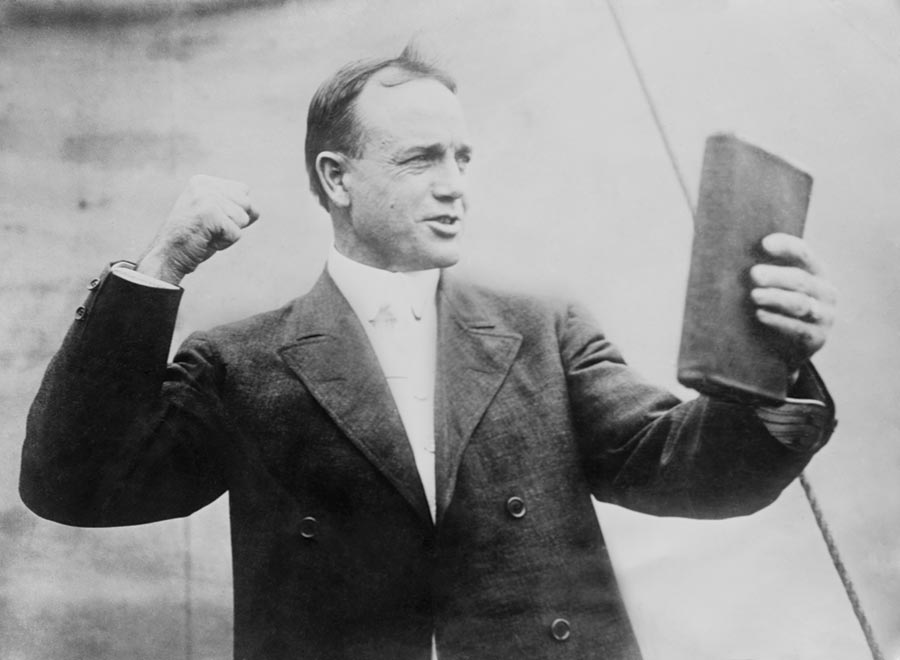 In January 2020, before the pandemic started, some of my wife’s relatives gathered for the celebration of the 90th birthday for her uncle. Her family is a mixture of Catholics, Presbyterians and Evangelicals. After dinner, they handed out two hymns they wanted us to sing.

One was “Great is thy faithfulness,” an inspiring hymn sung frequently in our ecclesias. The other was a more Evangelical hymn and included references to Christ taking on flesh. It demonstrated the blurred view those gathered had about the relationship of the Father and His Son. My reaction was—here we go! I certainly couldn’t sing that line of music. But that same family openly proclaimed their love for God as well as His Son, Jesus.

They used Scriptural language and references. They prayed for the food and spoke of their gratitude to God. There was a touching “dedication” by the patriarch of the family for two newborn great-grandchildren. There were strong expressions of faith in Jesus and comments about Jesus returning. I soon began to realize how wrong it would have been if I were to have isolated myself from these people or to stand in judgment of their errors.

So, what is the body of Christ today? Who are the people?

Have you experienced engaging in Biblical discussion with the Jehovah’s Witnesses? They genuinely believe that they are the only people that will be saved. When you speak with them, they give off a vibe that is insulting. You know that their end game is to convert you to becoming a Jehovah’s Witness, largely because they believe all other denominations will be condemned. It repulses those engaging with them and usually leads to an adversarial dialogue.

We should not aspire to be anything like this! Perhaps I, too, might have sent out a Jehovah’s Witness type of aura at that family gathering? I certainly hope not. At the end of the day, I thanked them and told them I appreciated being included.

Can a person proclaim Christ yet be fundamentally confused by his nature and relationship to God? Can someone be a “believer” and have some fundamental misunderstandings about first principles? Can they still be God’s people? Is it possible that when Jesus considers his body of believers today, there may be many who are laden with incorrect doctrines?

So, what is the body of Christ today? Who are the people? Is it presumptuous to define who makes up “the ecclesia” of the Lord Jesus Christ today by church membership definitions or labels? Was the term ecclesia intended to be used solely for one denomination of believers?

We must confess that only God puts together the body of Christ. It is God that “set the members every one of them in the body, as it hath pleased him.” (1 Cor 12:18).

We have never had the authority to judge in this matter. Our responsibility is to find the truth of the gospel message, seek first the Kingdom of God and His righteousness, and have fellowship with like-minded believers as we together serve God.

We certainly cannot judge whether the Lord considers others outside our formal fellowship to be part of his body. Our cultural heritage as Christadelphians has at its foundation the messages of Christendom Astray by Bro. Roberts. It is an identification of the false teachings of other Christian denominations.

Christadelphians have rightly historically desired to disassociate from objectionable and un-apostolic ideas and institutions. We have a Statement of Faith that binds us together, but we also have a list of 36 Doctrines to be Rejected that further define and separate us. We are part of a community that began by jettisoning false Christian teachings and being separate.

For over 150 years, we have vigorously debated our variances with Christendom. Christadelphians standup for truth. We expose error. We will have no part in the doctrinal or ecclesiastical corruptions of Christianity. Some Christadelphians will not even call themselves “Christian” for fear of association with the churches in error.

Some may go so far as to see our denomination as the only legitimate group of believers in the modern era. However, we must be circumspect about how we talk about the people who are in other churches who profess Jesus Christ. The Lord’s exhortation to Ephesus was that they were steadfast in not tolerating false teachers, but they were also warned that they should not forsake their “first love.” (Rev 2:4). First love ought to dominate our lips too.

Sadly, within our own circles, we often hear comments made about other Christian denominations that they pursue only entertainment and rarely read the Bible. While this may be true of a percentage of Christians, it is certainly not true of all and can make us sound ignorant or arrogant. Those engaged in preaching have often observed that other churches do have some very correct doctrines.

What differentiates us, I believe, is not that we are the only ones who appear to understand some of the most important teachings in Scripture, but that we may have a fundamental grasp of the first principles and how they reveal the plan and purpose of God. Many churches teach Jesus is coming back. Many properly understand the nature of man, the death state and the resurrection.

When we push others away or marginalize them, we limit the influence we can have for truth

There is a surprising number of Christians that are now rejecting the doctrine of the Trinity. Some understand the future Kingdom and the role of Jesus and the saints. Many churches apply themselves to study and are quite familiar with the Scriptures. They take stands for what they believe to be truth. Some of their leaders make profound expositions and devotionals from Scripture.

But, without fail, something is missing, fundamental stitches have been dropped. Isolationism is not an agent for evangelism—it is a deterrent. When we push others away or marginalize them, we limit the influence we can have for truth. People are usually ineffective when they isolate themselves and are unwilling to lovingly discuss differences.

As Christadelphians, we are not seeking adversarial relationships with other Christian groups, but we are not looking for assimilation either. Where is the line? What is the danger on either side of the line? We can clearly see in the record of the life of our Lord that he was not an isolationist.

In Luke 7:34, we are told that he sat down and ate with publicans, sinners—winebibbers! Jesus did not limit his work to those who were lined up perfectly with him and his disciples. The attraction these men and women felt to Jesus was that he accepted what faith they did have and committed to helping them build faith and teach them truth.

People who had a confused understanding knew that Jesus loved them, and they could freely approach him for words of truth. At the height of Jesus’ Galilean ministry, a fascinating incident occurs with a person who was not associated with Jesus. The disciples reported that this man was “casting out devils in thy name” (Luke 9:49).

The disciples saw him as an imposter—clearly not part of their group. They informed the Lord that they “forbad him, because he followeth not with us.” If he wasn’t walking with them, he couldn’t have a real, genuine faith. Right? There’s a practical side to this, as Jesus points out in Mark’s Gospel (Mark 9:39).

If someone is casting out devils in Jesus’ name, he certainly would not speak poorly of Jesus to others. Was he, in fact, casting out devils? Was his work successful? Was God working through this man? The disciples wanted this identification to be cut and dry. The silence of Scripture on these questions tells us that the real point here was more about the disciples than the man casting out devils.

The Lord’s reply must have stunned them. “Forbid him not: for he that is not against us is for us” (v. 50).

In other words, the best outcome is for many to proclaim Jesus Christ. It was not their prerogative to define who was a disciple. Today choosing to take a stand for the gospel requires a solid commitment to Scripture and a faithfulness to stand against the world around us.

Christadelphians are not alone in proclaiming the moral requirements of our God. During this pandemic, I have been pleased to see so many Christians openly speaking of Jesus Christ and declaring their dependence on him to see them through difficulty. Should we embrace ecumenicism and join with all Christians in fellowship? Absolutely not! However, it is right to appreciate their courage and willingness to proclaim Jesus Christ.

We must acknowledge that God is also working in their lives. I wonder how the Lord feels if I talk negatively about other churches and the work they do? The Father draws out a people for His Name, not me. The church down the street is not my enemy. The enemy is Humanism, the rejection of God, and the pollutions of a world that celebrates the Creature and not the Creator.

The Father draws out a people for His Name, not me.

The vision we embrace is of a time when all believers are finally restored. The Kingdom is a picture of a united group, one with God and His Son, worshiping in praise and harmony. Will we speak well of those who walk not with us, but love the Lord? Can we celebrate that in this world of darkness others are also pursuing Light? Will we speak positively of their good works done in the name of our Lord?

Let’s not denigrate those who stand with Christ. Let’s not isolate ourselves from those who are attempting to serve God. Let’s show love. Let’s pray for them. Let’s offer to share our perspective of Bible truth with them so that they too might come closer to Him. Thankfully, it is our God that calls people to righteousness, making up and tempering the body together.