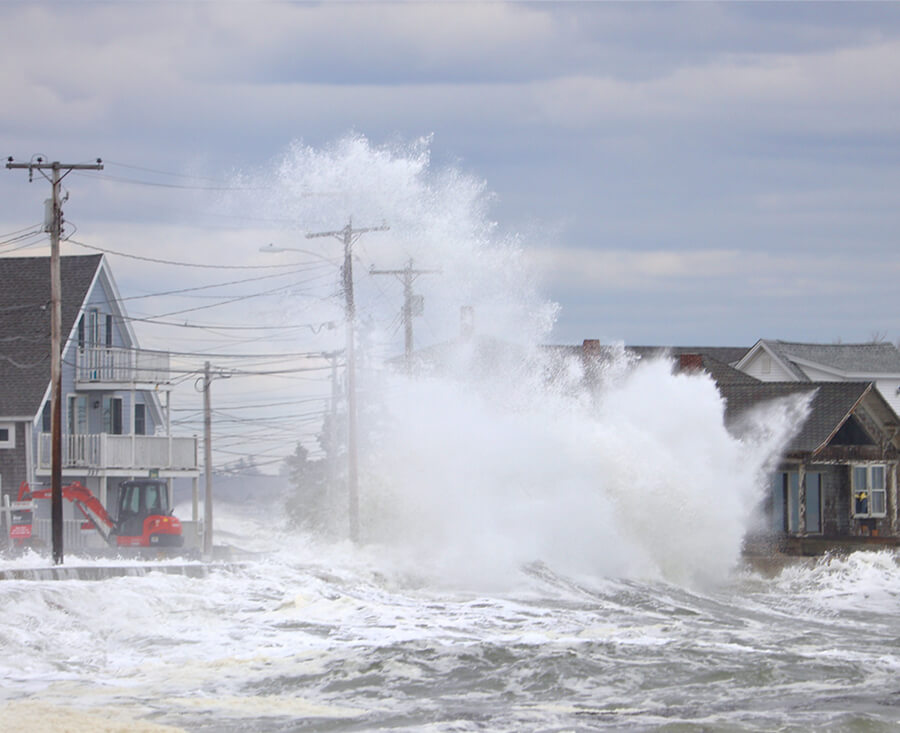 They were neighbors.  They both saw the attraction of living near a stream, to have a reliable source of water close by.  Both built the house of their dreams, and for years enjoyed the fine location, the excellent water, and their comfortable home.

And then one day there was a huge storm, and a flash flood tore down the steam bed.  It was terrifying to be in the path of the raging water.  The usual channel of the stream was overwhelmed, and the torrent smashed violently into both houses.  One of the houses was ripped off its shallow foundation and went tumbling down the stream, crashing into rocks and being pounded into splinters.  The other house sustained some wind and water damage, but it remained standing, and after the storm it was restored.  The owner and his family stood at their door looking at where their neighbors had once lived, glad they had taken the extra effort and expense to dig a deep foundation.

Both owners saw the location was good – they heard Jesus’s words.
They both valued the water – they knew and embraced the gospel.
They decided to build, which wasn’t cheap or easy – they committed to Jesus.

Only one, however, actually did the words of Jesus, even though both had heard his words and wanted to be part of what he offered.

The story is a cautionary tale, and we should pay attention to the caution every time we read it.  We could profitably explore what it means to “do” Jesus’s words, and I encourage doing so.  But it’s another feature of the story that strikes me this time.

It’s this:  The storm hits all houses.

There’s no avoiding it.  The storm will come.  The stream will break against your house and my house.  The question to think about is whether I’m smart enough to realize it, and if I’m acting on the realization.

Another profitable exploration would be what the storm represents.  I can think of a handful of things it might be.  I have a hunch they aren’t mutually exclusive.  No reason to think that there’s only going to be one kind of storm that puts our house to the test.

Jesus prefaces this story (in Luke’s account) with a question:  “Why do you call me ‘Lord, Lord,’ and not do what I tell you?”  Why indeed?  Whatever shape the storm takes, it’s going to put a sharp point on this question.

It takes extra effort, extra expense, extra time, extra commitment to deepen the foundation, the doing.  Is it worth it?  Well, yes!

(Hey, did you hear that?  I think I hear a rumble of thunder. Storm’s coming!)