After some very helpful suggestions from family and friends, and major editing by Carrie and Dave Reynolds, The Enormous TINY Experiment is now available on Amazon worldwide.

By CHRIS AND MARTHA SALES 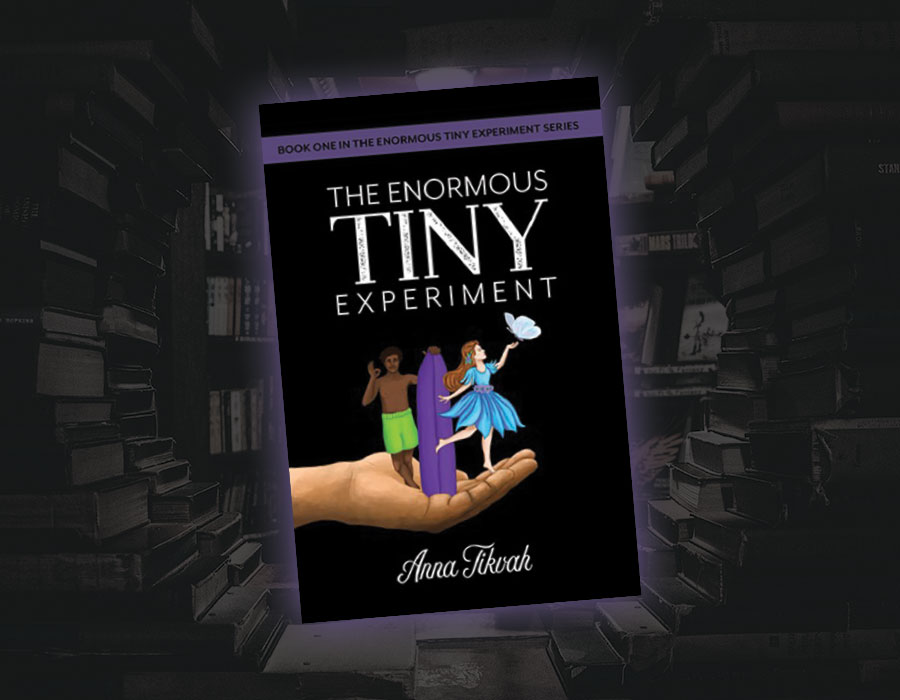 Why would we write a series about an atheistic Professor who tries to create his own Paradise in a “science-fiction” genre? And will these books provide suitable reading material for young teens?

In the last eight years we have tragically witnessed loved ones explore New Atheism and other anti-God theories and become swayed by these arguments to turn against their Creator. Since we were unfamiliar at the time with many of the concepts promoted online, we didn’t always have the best arguments to counter those ideas and weren’t effective to help.

We wish our loved ones had something like this series to read when they were younger, to provoke discussions and prepare them for the challenging attacks that this world is launching through social media, the education system and even sometimes from fellow Christians. 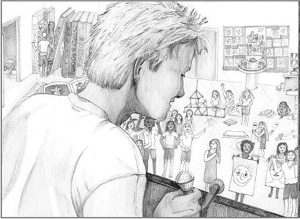 About four years ago our youngest son made some inspiring suggestions and this plotline began to develop. Sometimes it’s best to begin a difficult discussion standing on the same side as one’s opponent, hence beside the Atheist Professor.

We also hoped this rather zany, impossible scenario of a miniature creation might provide a lighter framework to explore God’s experiences with humans—”standing in his shoes,” in a very small way, so to speak.

It gives a basis to empathize with the dilemmas and decisions that our Father in Heaven faces daily, such as what happens when some don’t appreciate His amazing world and think they would be better off somewhere else? Or rant against natural occurrences that benefit the planet? Or see helpful rules as unfair restrictions? Or when free will leads to harmful actions? Or the gift of knowledge is used to destroy rather than to benefit the community?

This series was purposely written to give humanism a “best-case” scenario in order to make it palatable to Christians and non-Christians, alike.

The leader is a wonderful man. The Tinys are for the most part, very innocent and kind, with a few exceptions on the “normal” human scale just to balance it all out. There is a rather idealistic feel to the stories, but even in this “nearly perfect” world, with good people, minimal suffering, no natural catastrophes or any harmful social media, human nature is still active in every one of them. On top of that, there is one problem the Professor can’t overcome, which causes great pain for everyone. While the Professor initially maintains his thesis that “Humans will thrive in a world with minimal suffering,” he and his assistant have the most to learn.

Greenville University is close by and tightly associated with the large Biosphere in which the Paradise dome has been carefully hidden from all but the Professor and his assistant, Evan. In the classroom and on campus, the Professor and Evan encounter Seth, a bold Christian student, who challenges them to reconsider their philosophy.

Throughout this set of three novels, there are two stories happening simultaneously, one in the “real” world of the Greenville University, and the other inside the beautiful, glass dome of Tinys. Occasionally the two stories overlap, especially when unforeseen events threaten the peace and safety of those in the highly protected, idealistic, miniature world.

This series is actually one big story divided into three convenient sections that are very closely connected. Many of the conclusions aren’t fully reached until the end of the third book. We recommend it for ages twelve and up, and hope that everyone will enjoy the journey.

Chris and Martha Sales,
(Collingwood, ON)