In this series we are considering the phrase “the Living God.” 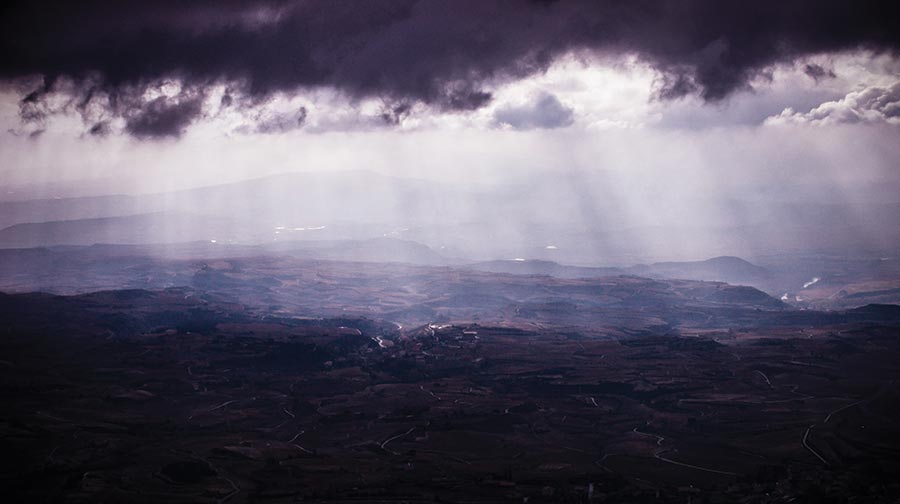 OUR RELATIONSHIP WITH GOD

In part 1 we concluded with revisiting Hebrews 10. In particular, we looked at verse 31—“It is a fearful thing to fall into the hands of the living God” (KJV). We looked at how the ark of the covenant was a symbol of God’s desire for a close relationship with Israel, and proof of his faithfulness to them. The New Covenant we are a part of is the eternal covenant, described in Heb 13:20:

“Now may the God of peace who brought again from the dead our Lord Jesus, the great shepherd of the sheep, by the blood of the eternal covenant.” (ESV).

“He himself bore our sins in his body on the tree, that we might die to sin and live to righteousness. By his wounds you have been healed. For you were straying like sheep but have now returned to the Shepherd and Overseer of your souls.”

The imagery of Shepherd and the sheep used so often throughout scripture, and by Christ in John’s gospel, again teaches us we are in a relationship with our God. He is not remote, distant and ambivalent. Rather, He cares for us and loves us and wants us to draw close to Him. He has demonstrated that to us by the gift of His Son, and He has bound us together with Him with an eternal promise of love and faithfulness.

Let’s look at some more occurrences of the term “the Living God” in scripture. Perhaps one of the most famous is 1 Sam 17:26:

“And David said to the men who stood by him, ‘What shall be done for the man who kills this Philistine and takes away the reproach from Israel? For who is this uncircumcised Philistine, that he should defy the armies of the living God?’” (ESV).

Unlike the rest of those preparing for battle, David includes God in the equation. There is no mention of God in all the preceding text in 1 Samuel 17. Rather, this was the perspective:

To defy Israel—not the God of Israel. This was the legacy of Saul, who placed ritual worship above obedience from the heart. (1 Sam 15:20-26). In contrast, David sees the Living God as ever-present in his life, and that of his fellow Israelites. He has a deep relationship with Him. David demonstrates this in his response to Saul:

“Your servant has struck down both lions and bears, and this uncircumcised Philistine shall be like one of them, for he has defied the armies of the living God.” And David said, “The Lord who delivered me from the paw of the lion and from the paw of the bear will deliver me from the hand of this Philistine.” And Saul said to David, “Go, and the Lord be with you!” (1 Sam 17:34-37).

Notice David at first appears to take credit for striking down lions and bears, but then he immediately attributes that to God’s active, caring power at work in his life. When we, too, think in terms of being in a relationship with the Living God, we shift from crediting ourselves with any control or power and focus on acknowledging God at work in our lives. The whole message of the David and Goliath story is not so much about David’s bravery as his understanding of the power of God to provide unexpected, miraculous deliverance from certain death. Only the Living God can do this!

Our next Old Testament example is another familiar story, found in Daniel 6. When Daniel was about to be thrown into the lion’s den, King Darius sought to “deliver” him. (Dan 6:14.) The word for “deliver” here is Aramaic and occurs only in Daniel. In every instance but this one it refers to God as the deliverer. Darius, despite his lack of political acuity in allowing himself to be cornered by his officials and courtiers, clearly had a strong understanding and respect for Daniel’s God. This is exemplified in verses 26-27:

“I make a decree, that in all my royal dominion people are to tremble and fear before the God of Daniel, for he is the living God, enduring forever; his kingdom shall never be destroyed, and his dominion shall be to the end. He delivers and rescues; he works signs and wonders in heaven and on earth, he who has saved Daniel from the power of the lions.”

It is remarkable a gentile should declare the God of Israel, Daniel’s God, “is a living God, enduring forever.” Darius also recognizes God is the true deliverer, not man. We see the same principle here as in the David and Goliath story. God is a living God—and He is a deliverer. You may recall in the previous article we saw this same theme in Joshua 3, where God promises safety to the Israelites as they cross the Jordan into the promised land. Keep this theme of deliverance in mind as we move to the New Testament. 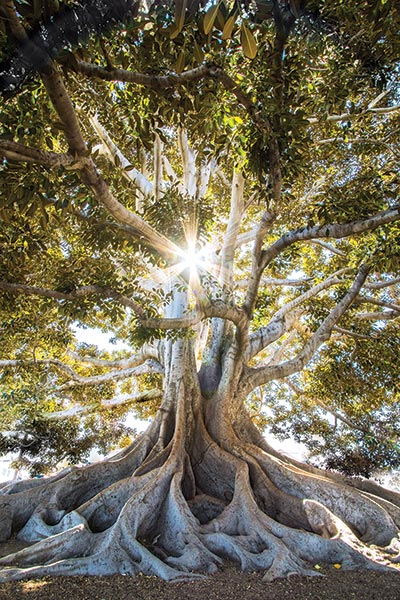 In Matthew 16 Jesus is experiencing increasing pressure from the scribes and Pharisees and they ratchet up their campaign to discredit and undermine him. He now becomes more explicit in explaining to his disciples who he is, to help strengthen their faith in him and in God’s plan. Characteristically, he does this by posing two questions:

Note the contrasts: “people” vs “you” and “Son of Man” vs “Me.” The first question references those who are searching but not yet completely informed. The second references the disciples and Jesus himself directly. Peter’s response is “You are the Christ, the Son of the Living God.” There we have, once more, this special title. How did Peter come to utter these words? Jesus explains Peter did not come to this conclusion by his own or other’s insight (“flesh and blood have not revealed this to you.”) It was a direct revelation from heaven (v.17). This is similar language to Paul’s in 2 Cor 3:3, when describing the love he felt for the Corinthian brethren:

“And you show (or manifest) that you are a letter from Christ delivered by us, written not with ink but with the Spirit of the living God, not on tablets of stone but tablets of human hearts.”

Contrast this with the tablets of stone that brought death through the failure of the Israelites to faithfully follow God under the law. Contrast also with the “letters” from the Sanhedrin Saul, still uttering murderous threats, carried to Damascus to bind up men and women believers for imprisonment in Jerusalem. Both Peter and Paul’s declarations about the Living God embody the theme we’ve seen expressed throughout Scripture: the phrase ”the Living God” refers specifically to God’s constant intention for the deliverance of mankind, whether nationally as with Israel, individually as with David and Daniel, or for the true Church, as with Peter and Paul. Further, Peter’s assertion makes it clear the Lord Jesus Christ is at the core of God’s plan of deliverance. It’s a deliverance from sin and death that is implied in the statement, and when Jesus promises to give the keys of the kingdom of heaven to Peter (and subsequently to the rest of the disciples—see Matt 18:18-20).

Let’s return to the passage I quoted in the first part of this series: Heb 10:31 “It is a fearful thing to fall into the hands of the living God.” The writer could have chosen any one of the many titles of God to use here. But he specifically chose one which reverberates with the promise of God’s mercy and compassion. For it is impossible to experience deliverance from God without experiencing those divine characteristics. His acts of deliverance are driven by these emotions and motivations. God saves us because He loves us. So, if someone tramples the Son of God underfoot and profanes the blood of the covenant by which he is sanctified (v.29), it is truly a terrible thing. But it is not beyond the power of God’s innate character and will for Him to deliver such a one. Who knows how that deliverance may be brought about? And who knows if the one who spurns will choose to repent and be the recipient of God’s deliverance from his sin and folly? But it is a surety this is our God’s intent.

“Do you not know that God’s kindness is meant to lead you to repentance?” (Rom 2:4).

Imagine that! Not God’s wrath or disappointment or frustration with you! God’s kindness leads you to his presence, restores our relationship with him. We need not be afraid of our God when we live a life of untrammeled awareness of our failings, a life of repentance and renewal, a life of holiness in the care of the Living God. This is the relationship we have with Him now, in the present—a foretaste of a more perfect connection with the Lord Jesus Christ and our Father in the age to come:

“But you have come to Mount Zion and to the city of the living God, the heavenly Jerusalem, to an innumerable company of angels” (Heb 12:22 NKJV).
Exhortation and Consolation

“It is a fearful thing to fall into the hands of the living God” (Heb 10:31). Now, there is no getting around this verse. We can’t sugarcoat the meaning here by trying to soften the writer’s intent to mean something like “it’s an awesome thing,” or “it’s a thing demanding our respect”.
Continue Reading
Reflections