The Lord is my Shepherd

In Mark’s record of the feeding of the five thousand, we read that Jesus “commanded them all to sit down in groups on the green grass.” (Mark 6:39). 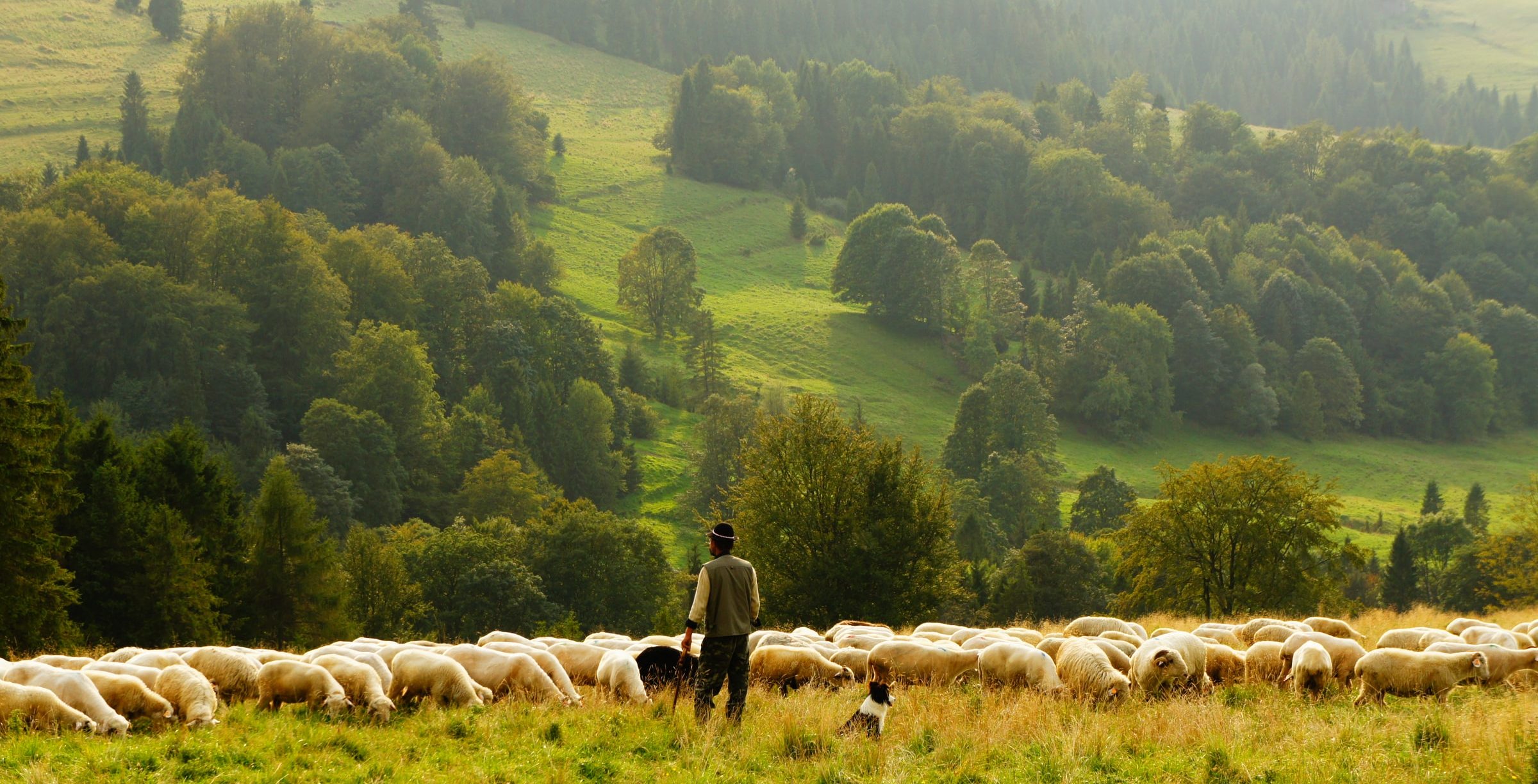 He then miraculously fed them with five loaves and two fish. The record states, “And they all ate and were satisfied.” (v42).

Verse 34 tells us what motivated Jesus to feed all these people,

“When he went ashore he saw a great crowd, and he had compassion on them, because they were like sheep without a shepherd.”

Where else in the Bible do we read about people reclining on green grass and being satisfied?

Of course, our minds go to Psalm 23, and the feeding of the five thousand fulfills part of it. The first words of the psalm are, “The Lord is my shepherd; I shall not want.” (Psa. 23:1). Jesus, as the perfect manifestation of Yahweh’s shepherding spirit, demonstrated it in Mark 6. And the people did not want, or lack, anything. That’s what our Lord can provide for us too. In Christ, we need not lack anything. The all-sufficient grace of God means all our needs can be met, with a lot left over.

Where else in the Bible do we read about people reclining on green grass and being satisfied?

The next line of the psalm reads, “He makes me lie down in green pastures.” (v2). Jesus, in fulfilling the psalm, told the people to sit down on the green grass. The psalm presents a picture of calm during tribulation. Later in verse 4, it says,

“Even though I walk through the valley of the shadow of death, I will fear no evil, for you are with me; your rod and your staff, they comfort me.”

Our shepherd is with us wherever we go. If you look at Mark 6:31, Jesus and the disciples had come to a “desolate place,” meaning they were in the wilderness. But in the wilderness of our lives, our shepherd will find oases to refresh us, as the psalm says, “He leads me beside still waters” (v2).

The next verse of the psalm says, “He restores my soul,” which reminds us of another echo with the feeding of the five thousand. In 1 Kings 17, Elijah met a widow at the gate of the city. It is a moving picture of a woman and her only son on the brink of death. Famine had wasted the land – she was living in a wilderness – and there was nothing left to do but, as she said,

“As the Lord your God lives, I have nothing baked, only a handful of flour in a jar and a little oil in a jug. And now I am gathering a couple of sticks that I may go in and prepare it for myself and my son, that we may eat it and die.” (v12).

In a foreshadowing of the feeding of the five thousand, Elijah told the woman that she and her son would be provided for, and it came to pass, “The jar of flour was not spent, neither did the jug of oil become empty” (v16). She did not want!

If we wander from the fold, he will bring us back.

However, the woman’s only son died (v17), and she became angry with Elijah,

“What have you against me, O man of God? You have come to me to bring my sin to remembrance and to cause the death of my son!” (v18).

But what did Elijah do? He restored his soul, just as the psalm says, “And the life of the child came into him again, and he revived.” (v22).

Nothing is too hard for our shepherd. If we wander from the fold, he will bring us back. If we find ourselves in an arid wilderness, he will lead us to an oasis. And when death itself comes, he will soon be returning to the Earth to raise all who depended and trusted in him and his Father. With the Lord as our shepherd, we shall never want.

The Words of God

If you look through today’s reading from 2 Kings 22-23, you’ll find a simple term…
Continue Reading
Reflections

There was something remarkable about the faith of the centurion Jesus encountered in Luke 7.…
Continue Reading

Praying According to the Will of God

What Do You Do When You’re Surrounded?