It is terrifying to contemplate standing in front of Jesus at the judgment and him saying to us, “I don’t know who you are.” That’s far worse than hearing him tell us how sinful we were during our lives and missed so many opportunities to serve him. 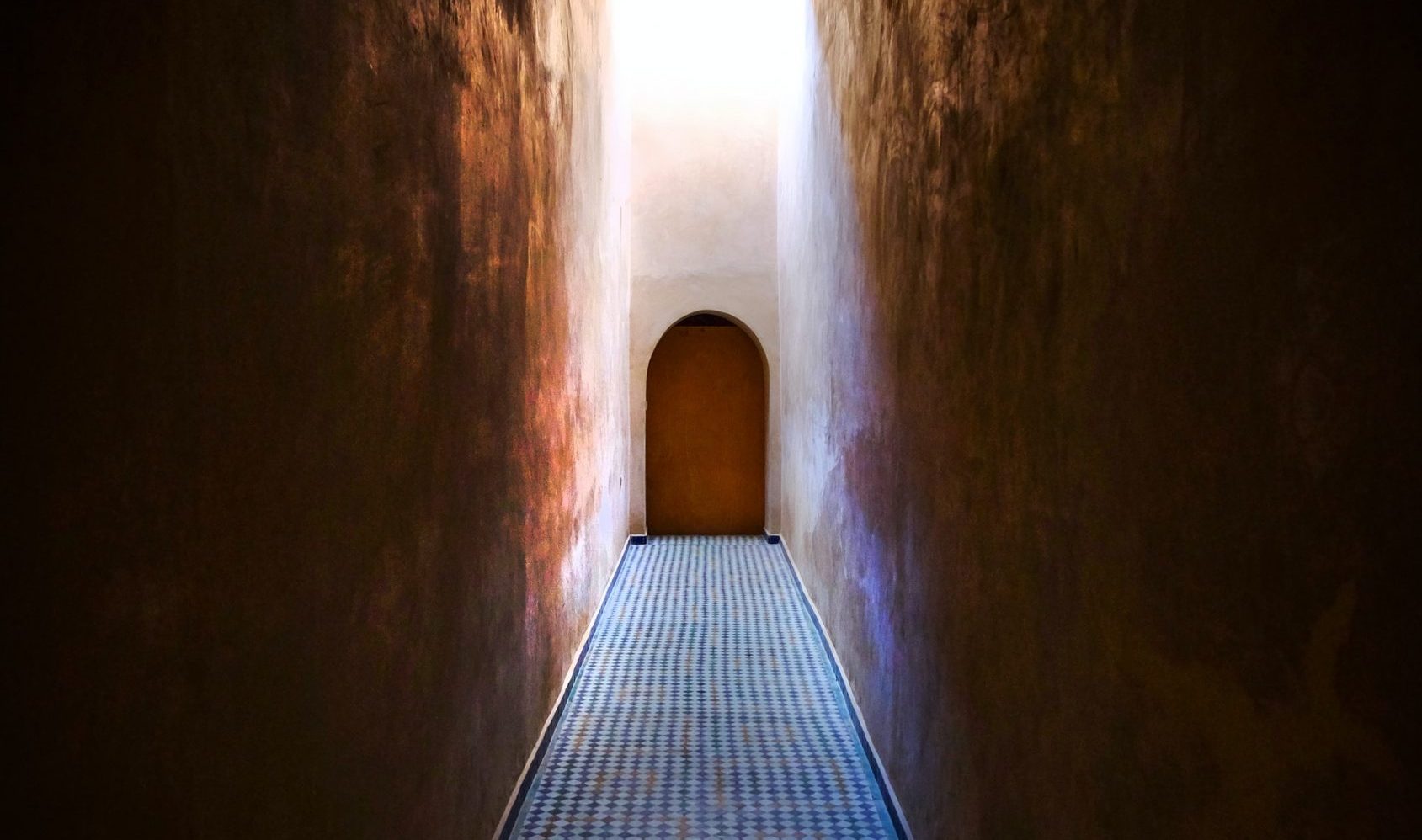 While humbling, we know our Lord will forgive his brothers and sisters and welcome them into the Kingdom. But for him to say “you don’t belong here” in a dismissive way… just awful. No wonder he followed up these words, expressed in Luke 13:25, with,

“In that place there will be weeping and gnashing of teeth, when you see Abraham and Isaac and Jacob and all the prophets in the kingdom of God but you yourselves cast out.” (v28).

There’s a degree of irony in Jesus’ words because of the narrow religion of the scribes and Pharisees. Their religion was strict and exacted upon the people onerous burdens. They thought their narrow religion was what it was all about, and they were already through the door and in the Kingdom of God.

It’s easy to have that same mindset ourselves and think Jesus is looking for people who can constrict themselves by following a strict religious life.

But unless our religion is much more than that, Jesus will say to such people, “I do not know where you come from.” (v25). The pharisaical religion of the Jews was not in tune with the Lord Jesus Christ

Jesus isn’t looking for people who can follow a strict set of guidelines. That’s not what the narrow door is about at all

Our Lord is looking for people who know him and his Father. Jesus spoke these words about the narrow door on his journey to Jerusalem (v22), where he would be crucified. He began that journey in chapter 9, the crossroads of his ministry,

Previously in the chapter, he told his disciples,

“If anyone would come after me, let him deny himself and take up his cross daily and follow me.” (v23).

Yes, taking up your cross involves a narrow door and a hard way of life, but not in the way the Pharisees thought about it.

Earlier in Luke 13, Jesus twice exhorted his followers, “But unless you repent, you will all likewise perish.” (v3, 5). Repentance was a concept alien to the pharisaical mindset. They didn’t need to repent because they were following the strictures of the law or at least their interpretation of it. They were blind to the fact their law-based religion was preventing them from developing the right mindset, the one that is in tune with God and instead was producing pride.

Jesus isn’t looking for people who can follow a strict set of guidelines. That’s not what the narrow door is about at all. He’s looking for people who are humble enough to recognize their faults and repent. As he journeyed to the cross, he conversed with two types of people. On the one hand, there were the scribes and Pharisees, the upholders of God’s law. On the other hand, there were the tax collectors and sinners, those who had fallen by the wayside. But Jesus was able to reach the tax collectors and sinners and crucified by the scribes and Pharisees.

The tax collectors and sinners recognized they were struggling with sin, and once they heard Christ’s message wanted to change and be forgiven. The scribes and Pharisees didn’t struggle with their lives. They were all set. They didn’t need to feel the difficulty of the narrow door because they thought they were already on the other side. The truth was that they didn’t even come near the door.

We have to recognize that all need to repent and that the rules and rituals we have are supposed to be helping us develop a character of integrity. It’s not just about being good rule followers. God wants us to grow into people who love him and want to please him. People who genuinely love and care for those around us, and are developing the character of Christ. Not just proudly following a set of rules and harshly judging those who fail. We want to live lives where we struggle to do better, to enter through the narrow gate, to be more our Lord. Then when His Son returns, He will recognize us as His.

How did Jesus ever come to be in what we now call Lebanon?  We know…
Continue Reading
Reflections

It’s become a cliché to say that something is “a marathon not a sprint”.  There…
Continue Reading
Reflections