The One Who Is…

When you start reading the book of Revelation one of the things that stands out is the fact that angels suddenly burst into action. Out of 176 occurrences of the word for “angel” in the New Testament, 76 are found in Revelation. That’s 43% of occurrences in just this book. It’s statistics like that which really stand out. 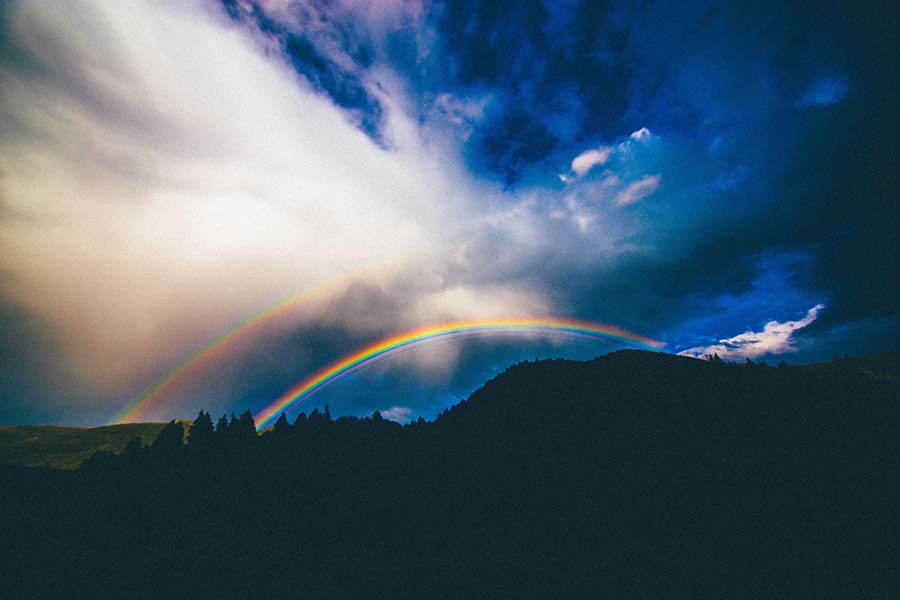 When you start reading the book of Revelation one of the things that stands out is the fact that angels suddenly burst into action.

Out of 176 occurrences of the word for “angel” in the New Testament, 76 are found in Revelation. That’s 43% of occurrences in just this book. It’s statistics like that which really stand out.

Out of 176 occurrences of the word for “angel” in the New Testament, 76 are found in RevelationDon’t worry, this thought is not a math example. Let’s try to figure out why there are so many angels. There’s a clue in the title of God found in our reading for today in chapter 1 – “who is and who was and who is to come” (v8). What does that title mean?

Throughout the book of Revelation there are hundreds and hundreds of quotations, allusions and echoes from the Old Testament. So the answer to our question comes from looking into these Old Testament references. This title contains three mini ones, from Genesis 28, Joshua 1 and Exodus 3. See if you can spot the similarity between each of them.

In Genesis 28:16 Jacob, fleeing from Esau, woke from his dream and said, “Surely the Lord is in this place”. The key word here is, “is”. Why did Jacob say that? Because in his dream God told him “Behold, I am with you and will keep you wherever you go, and will bring you back to this land. For I will not leave you until I have done what I have promised you.” (v15). Notice the present tense – “I am with you”, echoes Jacob saying God “is in this place”. That’s the “is” part of the title in Revelation, “who is”.

Next we have Joshua 1 where the new leader of Israel is asked to take comfort from history – “Just as I was with Moses, so I will be with you. I will not leave you or forsake you.” (v5). Joshua’s task was huge, to lead the Israelites and conquer the land of Canaan. But as God “was” with Moses he would be with him too – the “who was” part of the title.

The “is to come” part of the title is found in Exodus 3 when Moses was given his commission to lead the Hebrews out of Egypt. God said to him “I will be with you” (v12) when he was unsure about his calling. That’s the future tense. So, we have past, present and future promises of God being with His people.

But in what sense would He be with His people? What’s Genesis 28 famous for? Jacob’s dream when he saw a staircase going up to heaven and angels ascending and descending on it. It was an angel in the burning bush who spoke those words to Moses. And it was an angel who met Joshua and announced himself as the captain of Yahweh’s army. Angels, angels and more angels – ministers sent from God to look after Jacob, Moses and Joshua.

…through it all, God was, is and will be with His people.The book of Revelation is all about the past, present and future. It looks back at the past – using hundreds of Old Testament connections – taking lessons and examples from the struggles in the past of God’s people as they dealt with things like tribulation and apostasy. It considers the present and the original audience of the book, suffering at the time it was written from Roman persecution and the grievous wolves threatening to repeat the Israelite apostasy. And it looks to the future and how the Gentile church would fall away just as Israel fell away, and the tribulation of true believers caught up in the middle of it.

And through it all, God was, is and will be with His people. Each ecclesia given one of the seven letters has an angel presiding over it. It is angels who administer all the judgments upon those who fell into apostasy. And it is angels who accompany the saints in the age to come, singing praises to the one sitting on the throne. Myriads of angels, God’s messengers, our ministers, guiding us, helping us, watching over us, moving nations to further God’s purpose. They’re invisible but they’re there and as God was with Jacob, Joshua and Moses, He is with us now, and He will be with us until our Lord returns and we take over from the work of the angels in the age to come.