The article that follows is from a dear brother who exemplified being a true, virtuous husband to his wife. Through extremely difficult conditions for many years, he was a living demonstration of care and love. I am honored to share his article. Editor 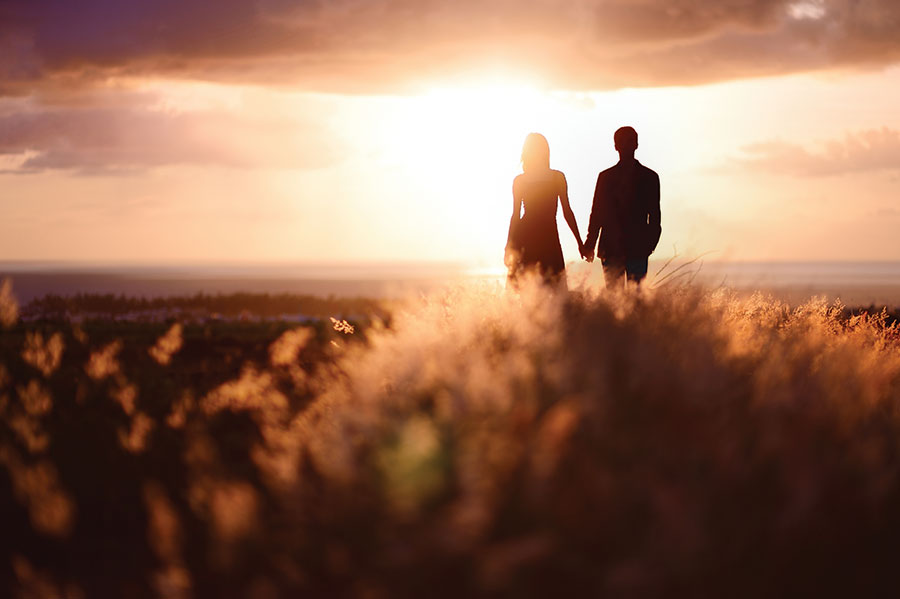 A secondary meaning of “virtue” in the King James Version refers to miraculous power, ability, might and strength. The Apostle Paul realized human beings aren’t inherently good and confessed, “in me… dwelleth no good thing.” (Rom 7:18-19).

God desires we choose virtue yet gives us free will.

But he encouraged the Philippians to think about virtuous things (Phil 4:8). Virtuous thoughts and environments lend themselves to virtuous action. Peter urges us to “add” to our virtue (2 Pet 1:5).

Without morally pure conduct, nothing is left but the ugliness of a person uninfluenced by the spirit of God’s Word. Virtue cannot be forced on one by another. God desires we choose virtue yet gives us free will. One may become virtuous by being attracted to this quality in others.

“For the husband is the head of the wife, even as Christ is the head of the church… Husbands, love your wives, even as Christ also loved the church, and gave himself for it; That he might sanctify and cleanse it with the washing of water by the word, That he might present it to himself a glorious church, not having spot, or wrinkle, or any such thing; but that it should be holy and without blemish.
So ought men to love their wives as their own bodies. He that loveth his wife loveth himself. For no man ever yet hated his own flesh; but nourisheth and cherisheth it, even as the Lord the church: For we are members of his body, of his flesh, and of his bones.
For this cause shall a man leave his father and mother, and shall be joined unto his wife, and they two shall be one flesh. This is a great mystery: but I speak concerning Christ and the church. Nevertheless let every one of you in particular so love his wife even as himself; and the wife see that she reverence her husband.” (Eph 5:23-33). 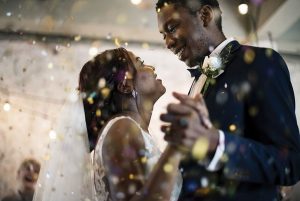 Faithful believers, espoused to Jesus, look forward to the wedding day (Matt 25:1-13)— “Rejoicing in hope, and the joy of salvation.”1

Consider the virtuousness of Jesus as he hung on the cross. When one of the thieves admitted deserving punishment, he asked Jesus, “remember me when thou comest into thy kingdom.” (Luke 23:42).

He would not benefit by merely being remembered. What he asked for was forgiveness and a place in the Lord’s Kingdom: a late plea, nevertheless a sincere belief Jesus would be resurrected to reign as King over the earth.

Though Jesus was in agony, and near death, he comforted the crucified felon with an assurance perhaps best understood with the following punctuation, “I say unto thee today, thou shalt be with me in Paradise.”2

So, this criminal will become part of the bride of Christ. What mercy Jesus showed toward one about to lose all further opportunity for redemption!

Selecting further from Scripture— Jesus was met by Jairus, “a ruler of the synagogue.” (Luke 8:41). He begged Jesus to follow him home and heal his dying daughter of twelve years (v. 42). Jairus would have immediately hurried Jesus to his house, but an incident caused Jesus to delay: a woman had fought her way through the crowd to touch his garment, believing this would stop her blood flow, a malady of twelve years.

She spent all her resources on other physicians to no avail (v. 43). Having learned of Jesus’ extraordinary healing power, she finally got close to him to touch his garment. He asked who touched him. His disciples thought it nonsensical that Jesus asked who touched him, for the crowd was pressing against him.

But it was not nonsense. It was a different kind of touch, a touch of faith, and Jesus immediately felt virtue, in the sense of miraculous healing power, flow from him (v. 44-46). When the woman saw she could not hide, she came trembling and fell down before him, overcoming her embarrassment and declared before all the people why she had touched him and how she was immediately healed (v. 47).

What compassion has our great husband! While Jesus spoke of the faith of the cured woman, bad news came from the synagogue ruler’s house— “Thy daughter is dead: why troublest thou the Master any further?” (Mark 5:35).

So, in an act of extreme kindness and sympathy, the inner husbandry of Jesus shined bright. As Christ’s multitudinous bride, we too hope to hear from him, “Arise, be whole.” On one occasion when Jesus came into Cana, the Galileans “received him.” (John 4:45).

They gladly welcomed he who changed the water into wine. A certain nobleman of Capernaum (sixteen to twenty miles distant) heard Jesus was in the area and upon finding the Great Physician begged him to “heal his son: for he was at the point of death.” (v. 47).

So far, there is nothing that indicated the nobleman was a virtuous husband. But the end of this narrative is key! For Jesus wanted more than followers hungry for fishes and leeks, he wanted those who would turn their lives around unto him. The nobleman (virtuous indeed) believed— as did his whole house (v. 53).

What compassion has our great husband!

Joseph was another virtuous husband who led and fed the people. The way he interacted with his brothers provides insight into how he likely treated his wife, Asenath. When he made himself known to his brothers, their evil hearts feared Joseph’s revenge, and they lied to protect themselves.

But, viewing his godly behavior with Potiphar’s wife and his own devious brothers, it is obvious Joseph was a man of love, forgiveness and character—clearly, a virtuous husband and an echo of Christ.

In addition, Boaz was another example of a wonderful husband. He showed kindness and compassion to Ruth even before he was her husband by ensuring she did not go hungry (Ruth 2:15-16). He was a near kinsman to her as Christ, our elder brother, is to us; Boaz praised her kindness in not chasing after the younger men and acted protectively, recognizing her virtue (Ruth 3:9- 11). Then, like Christ, he paid the price to redeem her and become her husband (Ruth 4:5-10).

Elkanah, a Levite, was the father of Samuel. He had two wives—Peninnah and Hannah. Hannah was barren, but Peninnah shamelessly paraded her success in childbearing, causing Hannah low esteem and hurt from the provocation. Elkanah did not correct Peninnah for inciting family strife. Instead, he gave Hannah more love and a double portion of the peace offering (Lev 7:11-21).

He said to her, “Am not I better to thee than ten sons?” (1 Sam 1:8). Soon a “refreshed” Hannah gave birth to Samuel. What love, sensitivity and wisdom from her virtuous husband!

David, despite the fact he arranged a murder and took the victim’s wife, was, nevertheless, a man after God’s own heart. And all else he did was a praise to God. His discourse with Abigail when she thwarted his plan of retribution shows the extent godliness pervaded his life. David was a virtuous husband with all his wives (except Michal who brought separation upon herself).

Finally, rounding out both sides of our topic, Korah’s example led his wife and family down the wrong path. Fortunately, his children refused to listen to him and were spared the fate of 250 others.

And King Solomon, despite his wisdom, was unequally yoked (2 Cor 6:14-17) to Pharaoh’s daughter and 699 other wives from various nations. Solomon regressed spiritually as they turned his heart after their gods (1 Kgs 11:1-3).

Additionally, we are familiar with the tragic example of Ananias and Sapphira (Acts 5:1-10). Obviously, there was nothing virtuous about Ananias’s conduct.

The previous considerations were from Biblical times. Let’s fast-forward to more recent times and mention one whose character inspires all of us. I knew such a husband twenty-seven years ago. A brief illustration is sufficient to show his virtuousness in every role as husband, father and friend.

Our article is not concerned with who he is but rather how he lived to earn him the title of a virtuous husband. His job in New Jersey, at the age of seventy-five, started at 7 a.m. But every day at 6 a.m. he conducted a Bible class, well attended by other workers who came to hear him expound the Scriptures. His genuine love and understanding of the Truth and people was reflected in his classes. People were drawn to him. God, of course, gave the increase, but He used this man to successfully introduce many to the Truth. His entire family was bonded together by the strength of his character.

Though he and his wife had somewhat different styles, they didn’t clash, rather, they balanced and complemented each other. The core of their marriage was love and shared faith. Godliness was key to his being a virtuous husband.

Now the author has a few remarks concerning himself:

My wife, Doris, fell asleep in the Lord having battled Alzheimer’s disease for seventeen years. We loved and cared for each other in sickness and in health. Whether or not I have been a virtuous husband will be decided by our Lord Jesus on the day of reckoning. Some say I did all I could for her, but I know there was always more I could have done. So for now we must keep all our lamps burning bright. For we know not the day or the hour when the bridegroom shall be in our sight. 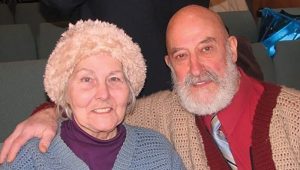