They Are at Their Wit’s End

Psalm 107 describes men who do business upon the great waters on ships. 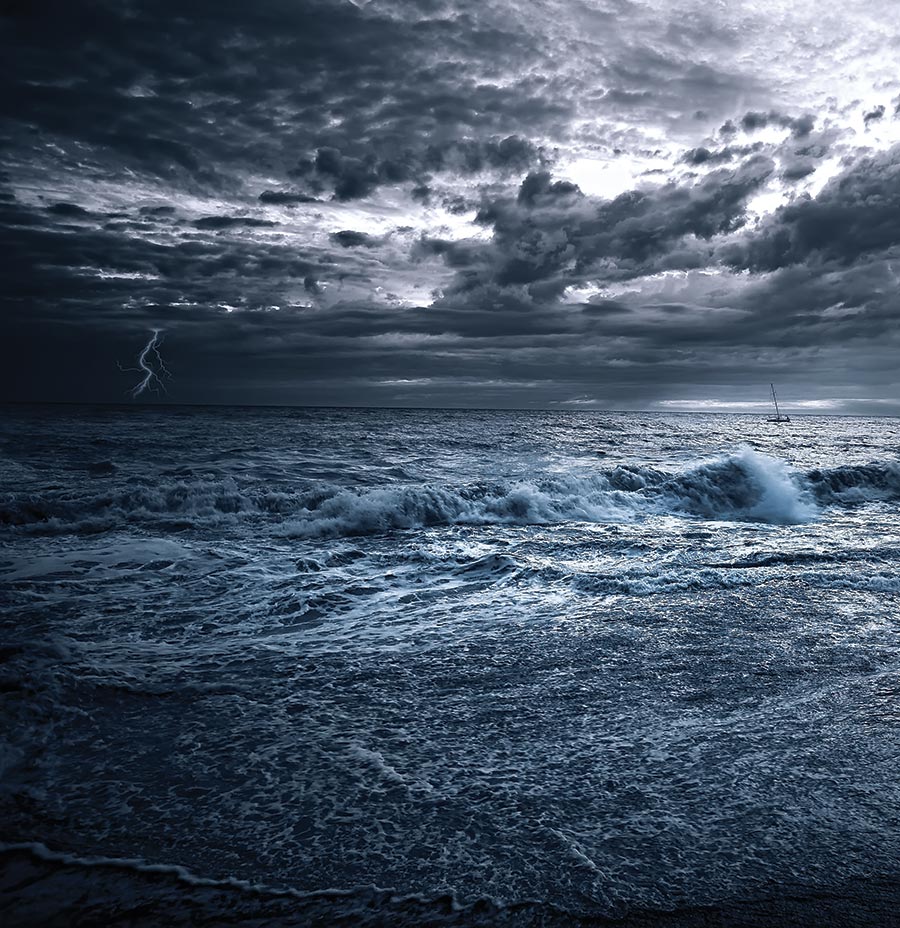 The sea is their workplace, and they have great familiarity with it.

Yet, when the stormy winds rise up, their soul is melted:

Nature can quickly strip a man’s confidence and fill him with great tumult.

How well this passage fits the experience of the disciples on the Sea of Galilee (Matt 14:22-23; Mark 6:45; John 6:16-21). The Lord constrained them to get into the boat and to return to Capernaum. The crowd where they were had been clamoring to make Jesus their King. At the insistence of Jesus, they reluctantly climbed into their boats and began the journey home that evening. But, while in the middle of the sea, at the worst possible place, storms arose.

The information about the watches of the night given to us in the gospel records indicate they had averaged about a third of a mile per hour. It is likely the journey initially went smoothly, but when the storm and wind escalated, all progress ceased. These confident fishermen were in agony as they strained to row to any possible safe location. Soon, it became clear they were in serious danger, and they feared for their lives. Like the mariners of Psalm 107:26, “their courage melted…” (ESV).

It is likely they staggered about like drunken men, as the Psalmist wrote. Certainly, they had tried every technique they knew to fight the elements, but nothing was working. They had indeed, “come to their wit’s end.” (Psa 107:27). The Oxford KJV margin renders this in verse 27 as “all their wisdom is swallowed up.”

How often in our lives do we find ourselves in similar situations? We can be at our wit’s end trying to resolve relationship issues, navigate through financial distress, or maybe even facing a life-threatening disease? When we grapple with our weakness, our courage, once resolute, can quickly melt away. Without the Lord in the boat with us, we too can stagger about and be filled with fear. Our only assurance during these threatening times is the grace of our God.

The Lord saw the disciples struggling and he came to them. Eventually, when he was in the boat with the disciples, the wind ceased and “immediately the boat was at the land to which they were going.” (John 6:21 ESV). In Psalm 107:29-30, we read, “He maketh the storm a calm, so that the waves thereof are still. Then they are glad because they are quiet; so he bringeth them unto their desired haven.”

With Jesus in the boat with us, we too will come to a safe haven and arrive at our desired destination.