The fifth stanza of The Battle Hymn of the Republic, which is not always sung, contains these words: "In the beauty of the lilies Christ was born across the sea, With a glory in his bosom that transfigures you and me." These words of Julia Howe may have been inspired by the first few verses of Hebrews 1. How can the “glory” in Christ’s bosom transfigure us? 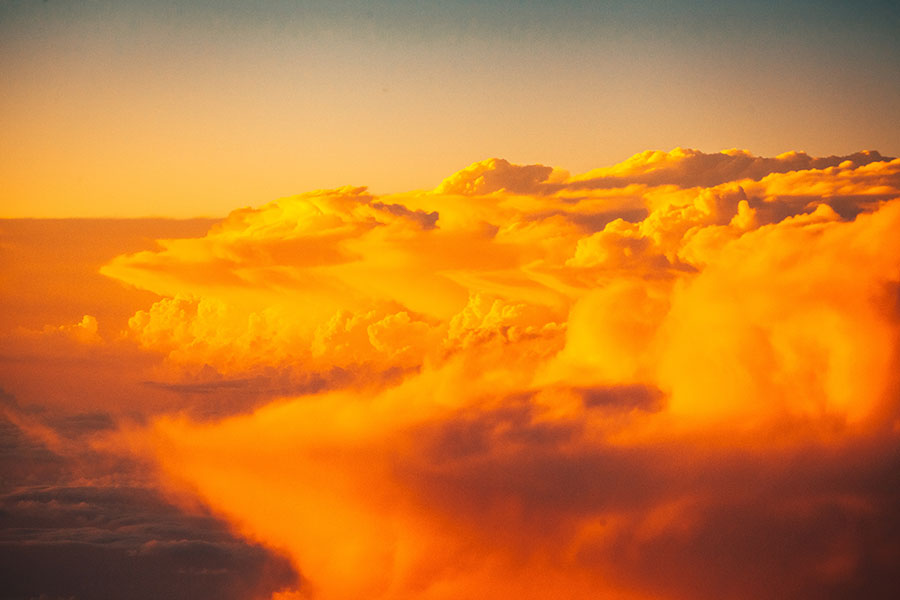 “In the past God spoke to our ancestors through the prophets at many times and in various ways.” (Heb. 1:1)1All Scriptural passages are taken from the New International Version (NIV) unless otherwise noted..

The prophets were God’s spokesmen to people in every period of time. There is a continuity in God’s revelation: He has revealed Himself in history, miracles, rituals, psalms and prophets. Nevertheless, a single theme can be seen as we move from the past into the present. No matter in what way the Lord God has expressed Himself, Christ is always at the heart of the matter.

God was speaking through Jesus, not just in what Jesus said, but also in what Jesus did. The cross, the death, and the resurrection of Jesus point to the beginning of the end. God’s previous system, with its Law and its sacrifices, has been made “old” (Heb 8:13)—obsolete, out of date. There will be no greater revelation—just extended developments of the greatest revelation, concerning the one who has already come!

“Whom he has appointed heir of all things.”

Jesus is the Son, the unique Son, the heir of all things. To His coming Son, God has already spoken, through David:

You are my Son; today I have become your Father. Ask of me, and I will make the nations your inheritance, the ends of the earth your possession. (Psa 2:7-8).

The Son—even when he hadn’t been born yet—was and is the centerpiece of God’s creation. Everything revolves around him, and everything depends upon him.

“Through whom He made the universe.”

The word here is “aion;” literally “the ages.” What ages, and what world, will Christ “create”? In Hebrews 2:5, the writer answers this question, when he writes of “the world to come, of which we are speaking.” It is the new, spiritual creation to be seen in its fullness in the Kingdom of God, which is called “the new heavens and new earth.” (Rev 21:1).

“The Son is the radiance of God’s glory and the exact representation of his being.” (v. 3).

The word here means intense “brightness.” The Son is the radiance of God’s glory in the same way as the ray is the light of the sun. In the prologue to the Gospel of John, Christ is referred to as “the true light that gives light to everyone.” (John 1:9). In Christ “we have seen his glory, the glory of the One and Only, who came from the Father.” (John 1:14). This glory is not just a literal glory, as seen as the Transfiguration on the mountain. Rather, it is a spiritual and moral transfiguration, a glory in Christ’s bosom or heart, which is passed along to those who believe in him. For example, Paul speaks of the glory which Christ brought: “the knowledge of the glory of God in the face of Christ.” (2 Cor 4:4, 6).

“The exact representation of His being.” The Greek word charakter refers to a stamp, or an image imprinted on a coin. Christ is “the image of God.” (2 Cor 4:4) and “the image of the invisible God.” (Col 1:15). John expressed the same idea in the words, quoting Jesus: “Anyone who has seen me has seen the Father.” (John 14:9).

“Sustaining all things by His powerful word.”

(Note: of “sustaining” (NIV), the KJV has “upholding.”) Jesus “upholds” all things; he bears the sins of all mankind—through perfect obedience and a perfect sacrifice.

And so, “After he had provided purification for sins, he sat down at the right hand of the Majesty in heaven.” This suggests the main theme of the Letter to the Hebrews, that is, no matter how many sacrifices the priests offered at the temple, they could never take away sin. But the one, once-and-for-all sacrifice of Jesus could, and did, and will, take away our sins.

In Jesus Christ, God’s purpose has been completed and fulfilled. And with his ascension to heaven, where he sits on the right hand of his Father, Jesus demonstrates that there is no more sacrifice for sins—he has done all that could be done, and all that needed to be done.

In these introductory verses to Hebrews, the Son of God is presented as the embodiment of the three main characters in the Old Testament:

But Jesus is even more than this marvelous combination of traits can express. He is the one through whom and for whom everything in God’s “new creation” has been and is being created. He is the one who upholds God’s eternal “creation,” and the one who is the very expression of God’s glory and character.