Scripture does not shield us from the disappointment that faithful men and women experienced when their own sons and daughters failed to adhere to the commandments of God. In fact, as we survey the Scriptures, there are many who stray from their parents’ commitments. 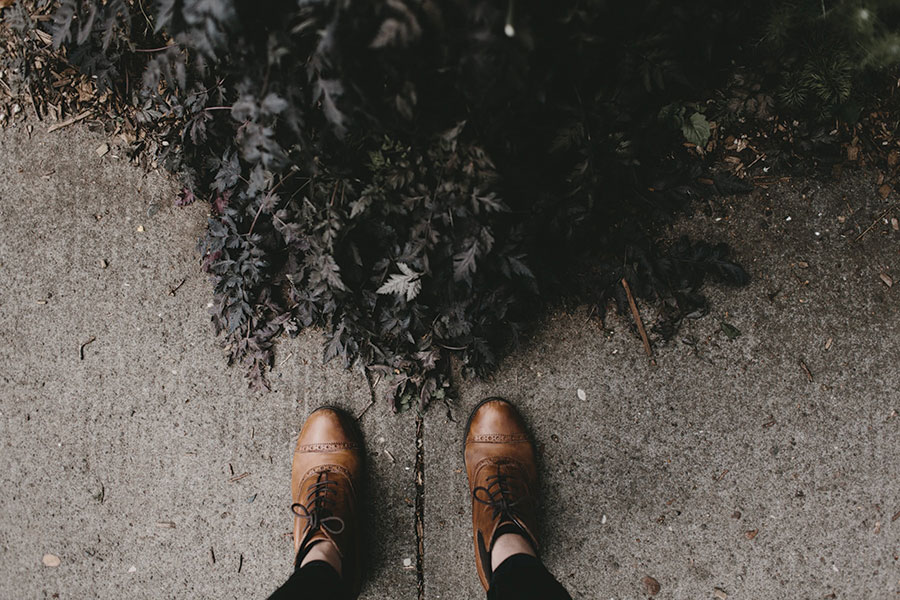 One of the greatest of the prophets and judges, Samuel, had two sons, Joel and Abiah. No doubt they were reared to respect God and His righteous commandments. As Samuel grew older, his sons served as judges in Beersheba. Unfortunately, we learn that the elders of Israel described both as being corrupt. They “turned aside after lucre, and took bribes, and perverted judgment.” (1 Sam 8:3).

Considering Samuel’s early life experience, the greed and corruption of his own sons are even more surprising. Samuel had been introduced into the household of Eli as a small child. It was Eli, also at an advanced age, who seemed to turn a blind eye to the sins of his sons, who also were drawn to similar pursuits as Joel and Abiah. While Hophni and Phinehas were occupying roles in the house of the LORD, they were described as “sons of Belial; they knew not the LORD.” (1 Sam 2:12).

The manifestations of their disobedience included extortion and sexual depravity. Surely, the aged Samuel would strongly oppose seeing a repeat of this type of behavior in his family! Many miles away, outside of the daily view of their father, the sons of Samuel, relying on their own self-examination, instead corrupted their offices.

Their failure became the impetus for Israel to reject not only the succession of the household of Samuel as judges but to request “a king to judge us like all the nations.” (1 Sam 8:5). This, however, was not the first time such a request was made. More than one hundred years earlier, the men of Israel requested Gideon to be their king and to establish a line of monarchs from him. Gideon rightly corrected the people by stating, “I will not rule over you, neither shall my son rule over you: the LORD shall rule over you.” (Judg 8:23).

The vision of Samuel throughout his life appears consistent with the prayer of his mother, Hannah. The beautiful prayer of Hannah is recorded for us in 1 Samuel 2, where she acknowledges “there is none holy as the LORD” (v. 2) and it is He that “shall judge the ends of the earth” (v. 10).

Samuel labored to lead Israel to embrace this vision. He likely established the school of the prophets to ensure there was sufficient spiritual leadership through the land. He followed a regular circuit through Ramah, Bethel, Gilgal and Mizpeh, teaching and judging the people (1 Sam 7:15-16). Surely Samuel intended to have Israel recognize God as their only king and to know that He would “keep the feet of the saints.” (1 Sam 2:9).

We are left to wonder how it was that Samuel was unaware of the sins of his own two sons? How was it that this evil report had to be brought to him by the elders? How is it that a man of faith and service like Samuel could have two sons that would bring reproach and disappointment upon the name of the LORD? Did his sons not see the constant dedication of their father? Samuel never defrauded or oppressed the people (1 Sam 12:3-4). Had they not heard of the perversion of Hophni and Phinehas only a generation earlier?

It appears that Samuel took swift action with his sons, removing them from their role as judges in Beersheba. Samuel declared that in his advanced age (he would live several more decades), “my sons are with you.” (1 Sam 12:2). This likely indicates that they were stripped of their role as judges. There would be no covering up of their sins, no whitewashing of their failures to preserve the legacy of Samuel. Samuel’s commitment to the righteousness of God prevailed.

However, Samuel lived out the remainder of his days with the constant reminder that a flawed king would rule over God’s people, and that his unfaithful children contributed to this sad situation. Did Joel and Abiah repent of their sins? Were they recovered to faithful service? Many of us can personally relate to portions of this story from events in our own lives.

Samuel’s commitment to the righteousness of God prevailed.

Many of us have been greatly blessed with children who have similarly embraced our God and chosen to follow under His rulership. They are precious gifts to us from our God. Their ongoing belief permits us to share a bond and common purpose with them throughout our lives. It aligns priorities. It brings us together in similar circles. It connects us with the spiritual nurturing of their children. Having children who embrace righteousness and truth is one of the sweetest experiences we can have.

But often, extraordinary brothers and sisters have not shared the same joy. This can be viscerally painful for them. As parents, they faithfully ensured the attendance of their children at every ecclesial event. The Bible was always open and at the center of their family. They prayed together. The spiritual development of their children was the top priority for how they spent their holidays and their discretionary time. Yet, when their son or daughter reached the point where faith had to move from being “mom and dad’s” to their own, the transition just never occurred.

Often in these cases, parents anguish over what they might have done differently. What did they do wrong that could have led to this decision? Did they miss something? There can be sleepless nights and great anxiety. The ongoing relationship with their beloved child may become highly strained, and sometimes almost impenetrable walls are erected, which prevent loving communication about the things of God.

What they had anticipated for their child’s future and their grandchildren now appears dramatically altered. We know that the election of God is His, not ours. It is He who decides which vessels to have mercy upon. Out of the same lump of clay can come vessels to honor and vessels to dishonor (Rom 9:21). We accept from the righteous counsel of God that He knows each individual and the thoughts and intents of their hearts.

Yet, we also know that “God commandeth all men every where to repent.” (Acts 17:30). The opportunity for salvation through Christ is an open offer to all the sons and daughters of men. Why is it that not all plants in the garden thrive or even survive, even when they are nurtured the same as those that prosper? To this, we have no sufficient answers. Belief is completely personal. It is not good for any of us to serve God simply because we were told to do so, or it was an expectation of others.

At some point in life, one must choose to believe. It is so easy to give up. Prayer for our children may be earnest and frequent in the beginning, but as the months and years roll by, we may sadly conclude in our hearts that this dear life to us has not chosen the road to the Kingdom.

However, when we come to 1 Chronicles, there is a glimmer of hope. We find both Joel and Abiah listed in the line of the Levites (1 Chr 6:28). Did they continue to serve, but in a lesser role? Further, it is Joel’s son, Heman, who is the first to lead the praise of the Levites. He is called a “singer” (v.33). We later learn that Heman was appointed by the Levites to be the leader of the “singers with instruments of musick, psalteries and harps and cymbals, sounding by lifting up the voice with joy.” (1 Chr 15:16-17). 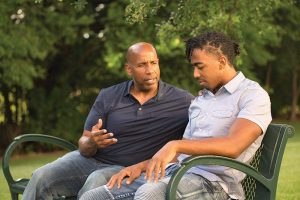 Sadly, Samuel would not see his grandson leading the praise in the temple. But as readers today, we have the great privilege to see how the hand of God brought Samuel’s family from scandal to an exalted place.

Psalm 88 is attributed to Heman. In this psalm, Heman laments the reproach brought upon his family, returning to the time of Korah, but likely also referencing his own father, Joel. Heman put his trust in the God of his salvation and embraced the vision of his great-grandmother, Hannah, and grandfather Samuel.

When we find ourselves looking for answers in similar situations in life, it can be most frustrating. While we confess that we believe in the activity of the angels in the lives of our family members, we often don’t know what we should do. Do we not speak of spiritual things when they are with us? Will doing so drive them away? Do we not discuss our ecclesial family for fear that it might cause friction?

If you are experiencing such a dilemma, you are suffering a terrible trial, but you are not alone. Like all matters outside our control, we must fundamentally recognize that only the Lord Jesus Christ can change hearts. We can, with great confidence, know that he hears our petitions and the groanings that cannot be uttered (Rom 8:26).

If there is to be change in the life of our loved ones, it will be the work of our Lord and his angels. Only he can bring our loved ones through circumstances in life that help them to reassess. Our role is to be prayer warriors for them—praying without ceasing. Be in expectation of positive change.

The father of the prodigal son was always watching for his son’s return. Let us make our petitions “in faith, nothing wavering.” (Jas 1:6). Our behavior as a parent can become a powerful preaching tool. Don’t overtly change who you are or your spiritual routines. Your loving words, your prayer at dinner, your excitement about the coming Kingdom are all seeds you sow into a currently fallow field. They may fall into the heart of your own child, or to the seedbed of your grandchildren.