To Visit the Orphans and Widows

Sis. Kate Russell (Verdugo Hills) shares with us this touching story that reminds us of one of the foundational aspects of our religion – the care of those most in need. 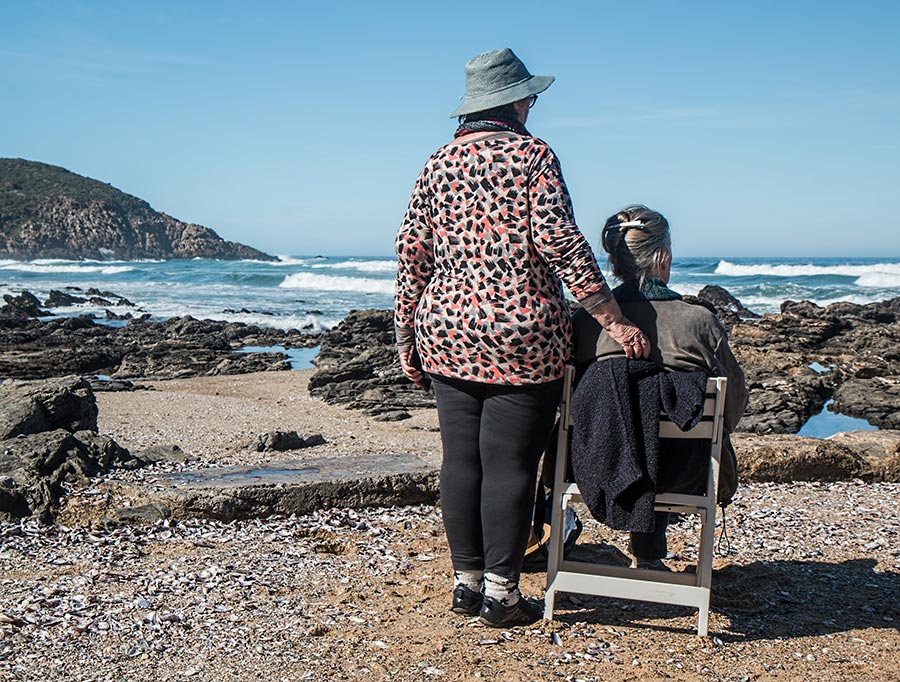 When I was growing up, the house across the street from us was occupied by an elderly lady named Miss Donna. Everyone on our street, young and old, referred to her respectfully as “Miss Donna.”

As far back as I can remember, she could be seen walking slowly and carefully up our hill, leading one of the oldest, most decrepit dogs I had ever seen. After the dog died, Miss Donna kept his leash and chain hanging on her old rusted gate, a sweet reminder of her only companion.

As a child, it was not initially clear to me that Miss Donna needed assistance. She seemed—as the elderly often do to young children—invincible. Miss Donna had always lived across the street, and I was fairly convinced that she always would. After her daughter’s death, she lived alone and would do her own shopping and drive herself to appointments. Our relationship with her was the same as with all our neighbors; friendly, considerate, but detached. We would wave to her when we saw her and chat with her, but that was about as far as it went.

However, over the years, this shifted. Her walks around the block stopped when the hill became too much for her. Instead, she would take her walker out in front of her garage, pop the seat down, and sit, just watching the world go by. A dear friend of hers, a man who was also in his eighties and wielding a walker, would brave the half-block of treacherous cracked sidewalk and come visit with her. She still did her own shopping, but her car barely ran and she struggled to carry the bags.

One day, my parents informed my brother and myself that our established chore roster had been extended to include helping Miss Donna. After watching her struggle to take her trash cans to and from the curb, we began to do so for her. At first, we would do it without her knowledge, but it quickly became understood that she was not to touch her trash cans and to let us do it for her every week. My brother, being the taller of us two, was responsible for changing any light bulbs, and I was in charge of keeping an eye on her driveway so I could help her carry her groceries into the house. My parents took care of the more adult aspects of assisting her; we were assigned as emergency contacts on her life-alert system, so if she fell and couldn’t get up, the company would call us and alert us to go over and see if she needed an ambulance.

We were encouraged to talk to her, and as I began to know her better, I began to see the true value of service to someoneI wish that I could say that I did these small acts for my elderly neighbor without complaint. Most of the time, I was happy to help her—but I doubt that many children will do any chores without grumbling once. There were also some scarier occurrences, like when she had fallen and needed help, and the only two people home and available were my 14-year-old brother and myself. As a 12-year-old, I was convinced that we were going to walk in and find her dying on the floor (luckily, she was just fine, and only needed a little bit of a boost to her feet). However, my parents always encouraged us to help her. “Miss Donna lives alone,” they would remind me. “It’s the right thing to do.”

We were encouraged to talk to her, and as I began to know her better, I began to see the true value of service to someone, and with that new understanding any childish sighs I had about extra chores disappeared. Miss Donna was fascinating and lovely, and she genuinely enjoyed the company. What began as shy “hellos” became long conversations between the two of us, where she graciously listened to my pre-teen babbling and shared her wisdom with me. I began to go over to chat with her while she sat outside simply because I enjoyed spending time with her. We made an odd duo, but a happy one; a very old woman and a very young one, talking about life. Her doors were always open—literally, she never locked them, and I was welcome to wander in whenever I liked. As I grew, I began to understand just how much of an impact we had on each other’s lives.

Miss Donna was a widow, with surviving family living out of state who could only visit about once a year. I had noticed a photo of a handsome young man in military uniform on her wall, and I learned that she had survived most of her children, some in horrific tragedy. Her son, a military helicopter pilot, was killed in an infamous incident in Somalia in 1993—you may know it as Black Hawk Down. His helicopter was shot down, and he was dragged through the streets and beaten to death. I include those details because I think it shows Miss Donna’s incredible strength, to survive such a horrific loss. I wondered at first, as a child, why she always left all of her TV’s on in her house, and I realized that it was simply so she wouldn’t have to live in a silent home. She had very little money, and mostly survived on frozen meals and canned soup. However, she always had a smile on her face. Miss Donna was not a woman burdened by sorrow or pain—she was content.

Jesus instructed his followers to show agape (or, self-sacrificing) love to each other, saying

“You shall not take vengeance, nor bear any grudge against the children of your people, but you shall love your neighbor as yourself: I am the LORD.”

We can reflect the love of Christ and of God to those that we interact with on a daily basis. Miss Donna was not a member of my ecclesia, and I never knew what her beliefs were, but that did not matter. James 1:27 says that

“Pure and undefiled religion before God and the Father is this: to visit orphans and widows in their trouble, and to keep oneself unspotted from the world.”

She was my neighbor in every sense of the word, and a poor widow. I think that one of the most valuable lessons that my parents imparted upon me was the value and necessity of service. We can look to Christ’s example, who served the people, healing and teaching, even when he was at his most drained and sad (as when John the Baptist had just been killed). Service is not easy, and it is rarely comfortable, and that is important. It is good for us to help others, particularly those who are most vulnerable. It reminds us that the world is not centered upon ourselves. It is easy to let our own worries and cares consume us, but one of the best ways to ground our perspectives is to do something for someone else.

It is good for us to help others, particularly those who are most vulnerable. It reminds us that the world is not centered upon ourselves.Miss Donna passed away several years ago, at the age of 91. A different (and also lovely) family now live in her home, and it is lively and happy. While it may have seemed as if we were the ones helping her, she was also benefitting us and teaching us lessons. We were not the only ones who helped her in the last few years of her life; our entire block banded together and formed a support system for her, with one of our neighbors also being her emergency contact and helping driving her to appointments when she was not able to drive anymore. She taught me resilience and contentment, and always had a smile on her face. She was never bitter about life or even her son’s violent death. Through Miss Donna, I learned what it really meant to serve and visit a widow. She helped teach me to be less selfish and more appreciative of my loved ones. I am certain that God brought her into my family’s life to help us see those lessons, and to help bring those passages of Scripture to life.