Waiting at the River Ahava

Ecclesias are our cities of refuge in this life. In a world filled with chaos and confusion, our ecclesia is the place where we find like-minded brothers and sisters, with similar priorities. 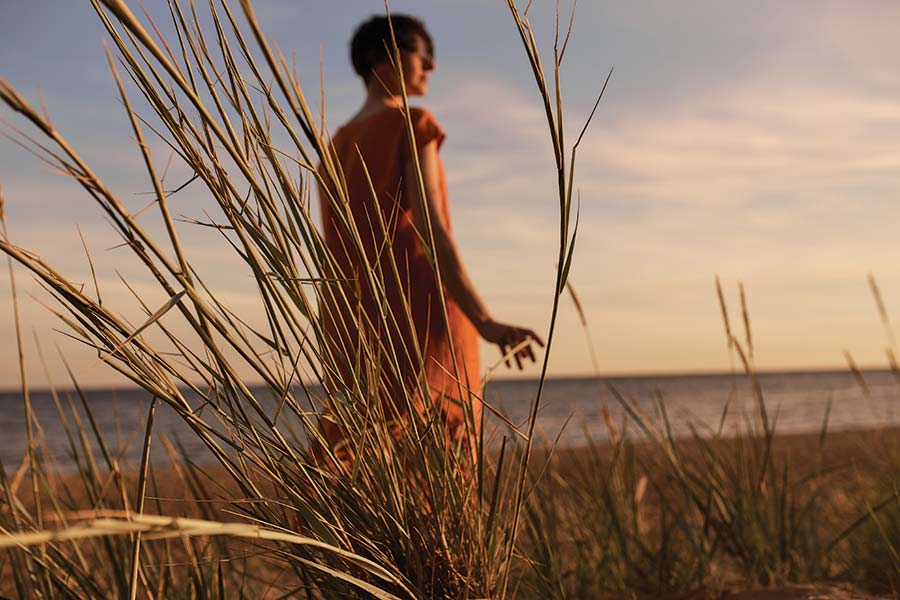 Fellowship is all about participation, and our ecclesias thrive when all are engaged in worship and work. Yet sometimes ecclesias can have a great imbalance between those who are performing the work and those who are not. It can be a source of great frustration and lead to resentment. Some have said that 80% of the work in some ecclesias is done by 20% of the members. If true, this surely cannot be how our Lord intended ecclesial life. But how can ecclesias realize a robust engagement of all brothers and sisters? Is it even possible?

Is it possible for an ecclesia to have engagement of all its brothers and sisters?

THE WISDOM OF EZRA

As we read through Ezra in November, it was striking to see the wisdom of Ezra’s leadership for a people who were not fully united. I was struck by how his patient forbearance with the Levites and temple servants (Nethinim) allowed for inclusion of brethren that would otherwise have been left behind. Let’s take a brief look at how he encouraged these brethren and completely changed their lives.

It had been a time of great hope for the Jews that were living in captivity in Babylon. The initial decree had allowed many to return to Jerusalem and start the important work of rebuilding the Temple, with the blessing of the Persian government. The altar had been restored and the foundation laid, though there must have been a sense that not everything was going as planned.

The adversaries of the land first attempted to infiltrate and upset the work, then they turned to harassment. Finally, the adversaries turned to the Persian government to lobby the court of Cyrus to have the work stopped. It was briefly successful, and the work was abandoned for a time. The priority shifted to enhancing their own homes in the cities outside Jerusalem.

Jerusalem lay largely in ruins, and the Temple foundation lay bare. God sent Haggai and Zechariah to prophesy to the Jews in the land to get back to work. After a check of the royal archives by Darius, the legitimacy of the work was re-established, and now additional funding was provided for the work.

The adversaries were made aware that any further attempts to inhibit the work could lead to their own execution. Everything was ready to go now. Vessels of gold and silver were retrieved to be restored to the house of God. Darius specifically stated in his proclamation that the Levites “that were minded of their own free will” (Ezra 7:13) to go up to Jerusalem could now do so.

It was abundantly clear God was blessing them and clearing the way for the great work to be accomplished. But the threat to the work now moved to becoming a “people problem.” Ezra had ample material resources, but would he have the necessary workers to undertake the challenges in Jerusalem?

What lay ahead for them all was great uncertainty.

There were nearly 1,500 brethren that were packed and ready to go with Ezra back to Jerusalem. No doubt, enthusiasm varied throughout the camp. Some were filled with excitement about being part of this great and meaningful work and saw it so compelling that they were willing to make great personal sacrifices. Others may not have been as eager but felt it their duty to make the 700-mile journey and do the needed work.

What lay ahead for them all was great uncertainty. They were transporting huge treasures which were entrusted to them by Artaxerxes. They were without Persian guards and an easy target for robbers. However, the vision of what could be accomplished gave them courage in the LORD for a successful journey. They knew God was with them.

DOWN BY THE RIVERSIDE

But, instead of leaving straightaway, Ezra wisely chose to gather this band outside Babylon, on the banks of the Ahava River, on the northwestern side of Babylon. The group dwelt in tents for four days. We can only imagine the infectious enthusiasm that was sweeping the camp. There are few greater joys in life than when brethren undertake a work in the Truth where they are aligned and have a common vision. However, as Ezra began to walk through the camp, he noticed an absence of Levites.

Not one Levite was in the camp! How could this be? The king had specifically given them opportunity to leave (Ezra 7:13). How is it possible that those who were designated to be spiritual leaders had chosen not to be part of this great work? The very ones that were to be joined to this great spiritual revival with Ezra were choosing to stay comfortably in Babylon.

Ezra dispatched “men of understanding” (Ezra 8:16) to appeal to the Levites lingering in Babylon. Other versions translate this “men of discernment” (NLT) or “men of insight.” (ESV) It’s an interesting phrase, seen previously in 1 Chronicles 12:32 about the men of Issachar, who “had understanding of the times, to know what Israel ought to do.”

These wise and prudent men were ideal for making the appeal. They understood the work and had insight into what it would require. They likely had a personal relationship with each of the Levites. The message of these men landed on open ears and encouraged the Levites to conclude what they’d known all along—that they were needed for this great work. The ecclesia was depending on them!

The appeal was effective, and 38 Levites and 220 (temple servants) joined the volunteers at River Ahava. Now, with all the necessary parts of the body intact, Ezra proclaimed a fast, and there was a time of intense prayer to seek the direction of God on their journey.

ENERGIZE THE ECCLESIA TO EMULATE EZRA

In ecclesial life, it is not uncommon for us to face similar situations. Few can say they are unaware of ecclesial plans and the need for help. But there are times where we find a divide in how our members are engaged in the work. It can lead to silos, camps of members that take one position or the other.

There can be significant differences of opinion about the value of the work and its goals. Often this can lead to an unhealthy identification of those who work and those who do not. The engaged ones charge off to do what they believe is needed, and the disengaged often can feel unneeded, offended or even shamed. Sometimes repeated appeals from the platform are made for all to join the work, but this rarely seems to move the needle.

Ezra knew that the Levites were key to the success of this great spiritual revival. He did not shame them or coerce them. Rather, he paused and utilized those who would be most able to speak to the hearts of these men. When the ecclesia agrees to do a work, it is important to find a way to make a personal appeal for all to join the work.

Let every member know how important they are to the success of the project. Let everyone know that we really do not want to “break camp” without them. Try to find work for them to do, even if it is a small task. In our ecclesias, we need to make every attempt to invite and encourage all brothers and sisters to join in the work.

Perhaps part of the encouragement is to highlight why the work is so compelling and why their contributions are critical for success. Then, allow sufficient time for them to respond without coercion or manipulation. When it is time for the work to begin, look positively at whatever volunteers the Lord does provide, and be thankful. Before any work starts, involve all in dedication and prayer. Then get on with it!

Perhaps your mind has taken you to ecclesial projects, such as preaching seminars in the community or a major project working together at the ecclesia. It is so easy for some to be left behind and for the motivated to charge forward with the work. Sometimes it makes the busy ones feel self-important when they inaccurately compare themselves to others not as involved.

Each member of the body of Christ is indispensable and offers a vitality that is critical.

In many cases, it makes the disengaged feel that they have little ownership for the work of the ecclesia. This can lead to guilt or resentment or a lack of feeling part of the group. Further, it can be disheartening for some to do work in the ecclesia and make suggestions for improvement, only to have it negatively received.

In the end, Ezra netted 17% more volunteers for the work by thoughtfully pausing and encouraging. The Levites only made up 2.5% of those returning but were essential. Could your ecclesia benefit from having 17% more workers? How about twice as many? Are we reaching out to those who may be shy in volunteering or are unlikely to be normally considered for certain works?

Some of these same Levites that came along with Ezra to Jerusalem, also stood on the wooden pulpit, reading and explaining the Law to the people. They led great spiritual reforms that would be accomplished within just 100 days. In a unique way, these Levites experienced a joy and fulfillment in their service that they could never have initially imagined. Each member of the body of Christ is indispensable and offers a vitality that is critical.

When parts of the body are not engaged, we all lose. Rather than criticizing or manipulating compliance to the work of the ecclesia, let us instead adopt encouragement and clearly articulate why all are needed. As the Apostle Paul wrote, “All of you together are Christ’s body, and each of you is a part of it.” (1 Cor 12:27).

May all of us indeed be working together in these Last Days.

Exhortation and Consolation
The River of Eden
Continue Reading
Reflections