Where Has My Beloved Gone?

It is the darkest time of the night, just before the sun’s rays begin to creep over the horizon. The city streets are quiet. Out of the shadows, a young woman emerges. 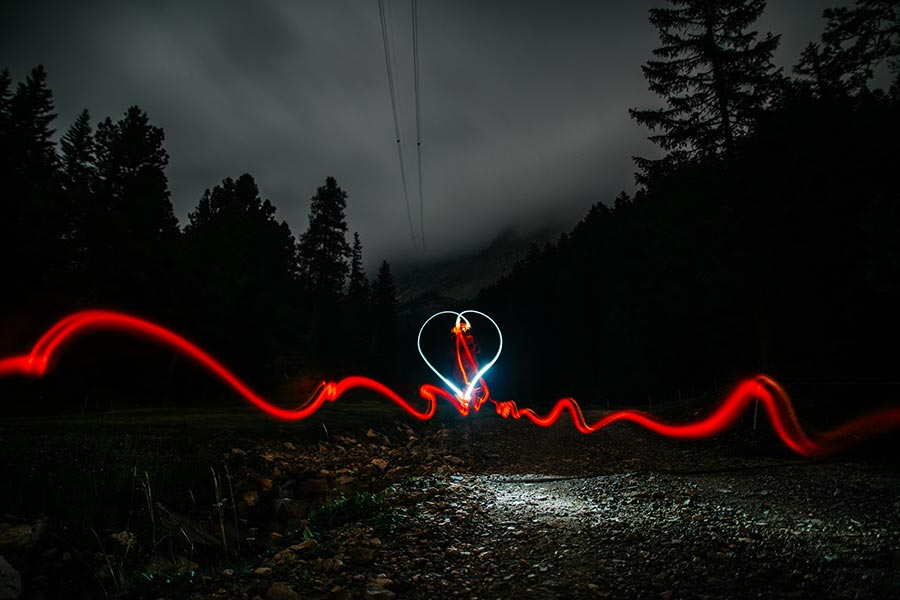 She is disheveled, as though she has just left her bed. She is weeping and trembling. She is walking from one street to another and frantically looking in every direction.

She approaches two men, the only people in the streets. They are the watchmen, just finishing their night patrol: “Have you seen my lover? He must have come this way. Where could he be?” They tell her to go home and stay out of trouble, but she ignores them and plunges on, still looking everywhere for… someone—but whom?

It is the stuff of a lurid novel or a movie, we might be embarrassed to watch. And yet, this scene can be found, of all places, in the Bible—twice!

In the Old Testament…

From the Song of Songs, we read the following:

“My lover spoke and said to me, ‘Arise, my darling, my beautiful one, and come with me’… Until the day breaks and the shadows flee… I will look for the one my heart loves. I looked and looked for him, but I did not find him. He had left me—he was gone. I called him, but he did not answer.
“The watchmen found me as they made their rounds in the city. ‘Have you seen the one my heart loves?’ But they had no answer for me… They beat me, they bruised me; they took away my cloak.
“Scarcely had I gotten away from them when I found the one my heart loves. I held him, and I would not let him go!” (Song 2:10,17; 3:1,3,4; 5:6,7).

…and the New Testament

Here we may put faces to the two primary characters. The young woman is Mary Magdalene, and her Beloved is, of course, the Lord Jesus Christ. From John 20 we read:

“Early on the first day of the week, while it was still dark, Mary Magdalene went to the tomb and saw that the stone had been removed from the entrance. So, she came running to Peter and the other disciple, and said, ‘They have taken the Lord out of the tomb, and we don’t know where they have put him!’
“Soon thereafter, Mary returned to the tomb. There she stood outside the tomb crying. As she wept, she bent over to look into the tomb and saw two angels in white, seated where Jesus’ body had been, one at the head and the other at the foot. They asked her, ‘Woman, why are you crying?’ ‘They have taken my Lord away,’ she said, ‘and I don’t know where they have put him.’
“She turned around and saw Jesus standing there, but she did not realize it was Jesus. ‘Woman,’ he said, ‘why are you crying? Who is it you are looking for?’ Thinking he was the gardener, she said, ‘Sir, if you have carried him away, tell me where you have put him, and I will get him.’
“Jesus said to her, ‘Mary.’ She turned toward him and cried out… ‘Rabboni!’… Jesus said, ‘Do not keep holding me, for I must go to the Father’… Mary Magdalene went to the disciples with the news: ‘I have seen the Lord!’“ (John 20:1,2,11-18).

So much might be said about these parallel passages. They deserve a thorough study; but for now, just a few thoughts:

In the Song of Songs, the believer’s fervent desire for Christ to return is likened to a young woman longing to see her sweetheart again. In the Gospels, Mary Magdalene personifies this same desire.

However, the woman in the Song of Songs expresses such intense love for her chosen one that we may shy away from reading parts of this book. The imagery of the Song of Songs is more sensual than any other part of Scripture. In the inspired writings of the Old Testament, the love of a man for a woman (or the love of a woman for a man) is described by the same Hebrew word (“ahava”) as the love for family, the love for neighbors, and even the love for strangers—as well as the believer’s love for God! Such a profound love as this last one appears to be the same kind of love as all the others, but at the same time a step up to a higher plane.

Exposition
Paul’s Letter to the Ephesians (16): What It Means to be Children Beloved by God
Continue Reading
Reflections