Lots of people are reading and quoting from Luke 1 this week: the visit Gabriel paid to Mary.  Most would say this is the beginning of Christianity, though a few might have at least a partial realization that foundations were laid much earlier. 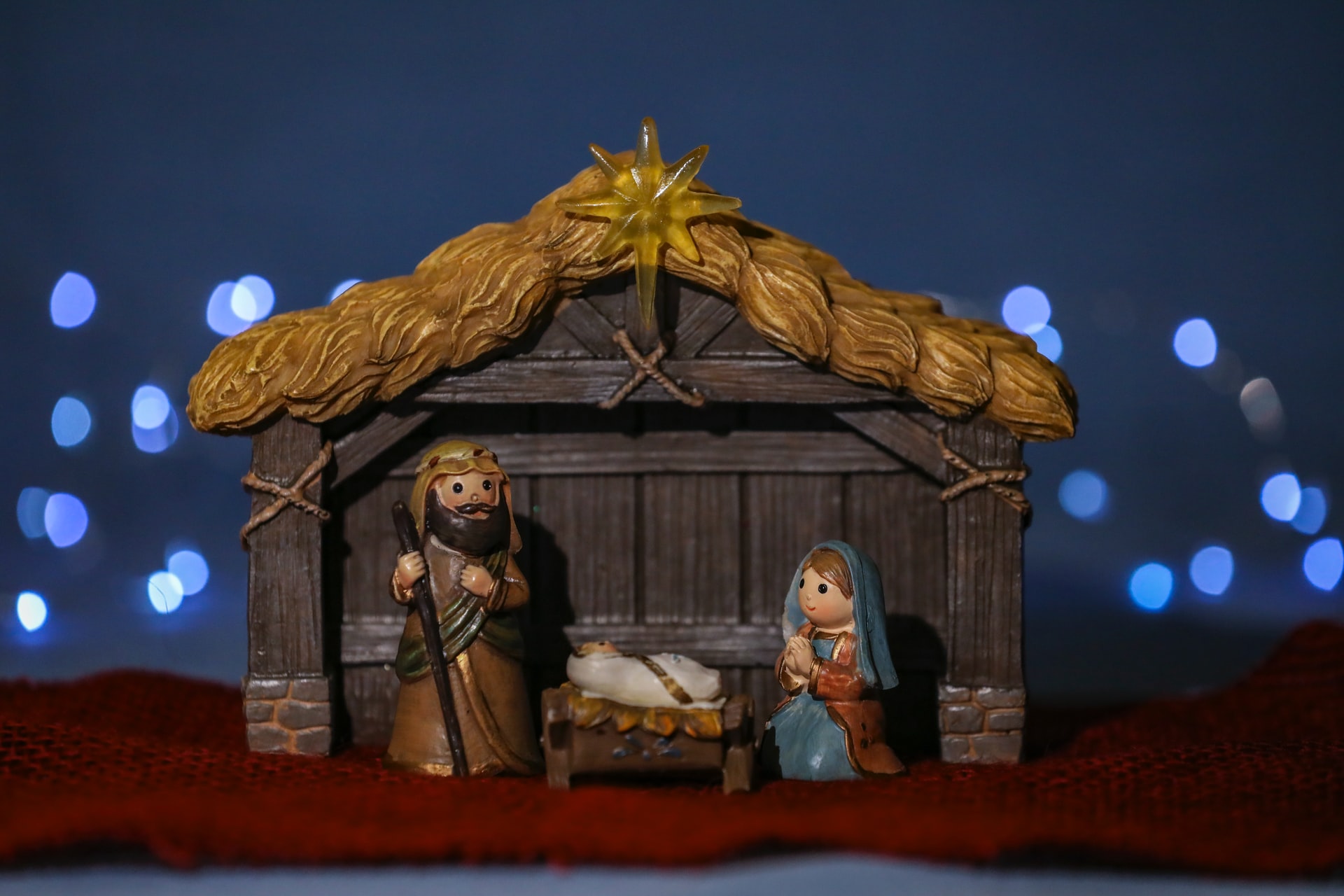 Lots of people are reading and quoting from Luke 1 this week: the visit Gabriel paid to Mary.  Most would say this is the beginning of Christianity, though a few might have at least a partial realization that foundations were laid much earlier.

When Gabriel addresses Mary’s question, “How?” in verse 37, it’s not immediately clear in English, but in Greek it’s a paraphrase of what another angel (or the same one??) says in Genesis 18, when the 3 angels visit Abraham.  Take a minute and read both Luke 1:26-38 and Genesis 18:9-15.

It’s almost the same situation!  A prophecy of an impossible birth, to a woman of faith – a seed, a Son, is promised, and each woman wonders how it can be. The angelic answer to both is the same: “Is anything too hard for the Lord?” (Genesis), “Nothing will be impossible with God.” (Luke).

We are very familiar with another passage from the Old Testament directly mentioned by Gabriel – Luke 1:32-33 is quoted from the promise to David recorded in 2 Samuel 7 and 1 Chronicles 17.  In the original and in the quote by Gabriel, the Son is promised to reign as King forever.

And there is quite a bit more.  For example, have a look at Matthew 1:18-23.  An angel again, and again making a promise about this same Son who is to be born.  This time, the angel says the promised Son will save his people from their sins.  This one isn’t a direct quote, but let’s think:  who is first promised a Son who will deal with sin?  It was Eve, in the garden (Genesis 3) – there would be a seed who would crush the serpent.

So how long has the Son been promised?  A savior promised to Eve in the garden, an eternal heir of the land promised a number of times to Abraham, and also to Sarah as we saw, then an eternal king promised to David.

But we’re not done with Matthew 1.  The angel also says the Son will be called Immanuel.  Everyone knows this one – but few follow up to see what it means.  The quote is from Isaiah 7:10-17.

Again, a promise of a Son, spoken this time to an evil king.  It would be a miraculous sign: the birth would be a miracle.  And most of the folks we know stop there.  But going on there is much more, in the rest of chapter 7 and on into chapter 8.

Check out 8:5-10.  This doesn’t sound like the “Christmas story”.  It is in fact a prophecy of judgment—upon God’s people who ought to know better but are not heeding the word of the Lord.  Verses 14-15 are repeated in chapter 28, and are quoted in the New Testament by Paul & Peter as being prophetic of Messiah.

So from the context Immanuel, God with us, means:  He will come to judge, to separate, to sort out.  This is emphatically part of the “Christmas story” – the angel says so when he quotes Isaiah.  Simeon, the old prophet in the temple, confirms it: “This child is appointed for the fall and rising of many in Israel”.  (Luke 2:34)

A Son being born, a new life, is indeed a beginning in one sense.  But also a culmination of a whole series of promises that have been building toward it from the very beginning.  The “Christmas story” does not begin in Luke 1 or Matthew 1!  And as we know it also doesn’t end there.  So many people miss so much, by paying very little attention to the Old Testament foundations!

All these women were told, “You will have a son” – Eve, Sarah, the unnamed young woman in Isaiah, Mary.  And the same promise was given to several men – Abraham, David, Isaiah, Joseph.  Each one was told something about this Son, what he would do.  None of them was given the whole picture.

The birth of Jesus, the one who would fulfill all of it, was certainly something to rejoice about!  The very angels of heaven rejoiced!  And so do we.  We do need to make sure we are rejoicing about the whole thing, though.  Assuredly the angels were!

Jesus has begun the work of separation, but his role as final Judge is still future.

Jesus was born to be the one who would inherit the land, the entire earth, forever.  This hasn’t happened yet.

Jesus was born to be King over all the earth, sitting on the throne of David in Jerusalem. This hasn’t happened yet either.

Jesus was born to be the Judge, who would be both the rock of sanctuary and the stumbling stone, who would be for the fall and rising of many, acting in the name of the Lord God Himself.  As John the Baptist would say,

“His winnowing fork is in his hand, and he will clear his threshing floor and gather his wheat into the barn, but the chaff he will burn with unquenchable fire.”

Jesus has begun the work of separation, but his role as final Judge is still future.

It is right to rejoice that the Savior was born – whenever and however we choose to do so.  As we do, it’s very important that we rejoice in all he was born to do!

And at this particular time of year, what a wonderful opportunity can open up for us to share our joy in the whole plan!  God and His angels promised, “You will have a Son”.  And He fulfilled His promises.  “To us a child is born, to us a Son is given.”  God’s own Son – our Savior, our Judge, our King.

Love, happy to remember the Son’s birth anytime, and bow before him,
Paul