"...the demons of the ancient Near East were the small gods of paganism. But what does this tell us about the gospel records where Jesus cast out demons? Was he really casting out small pagan gods?" 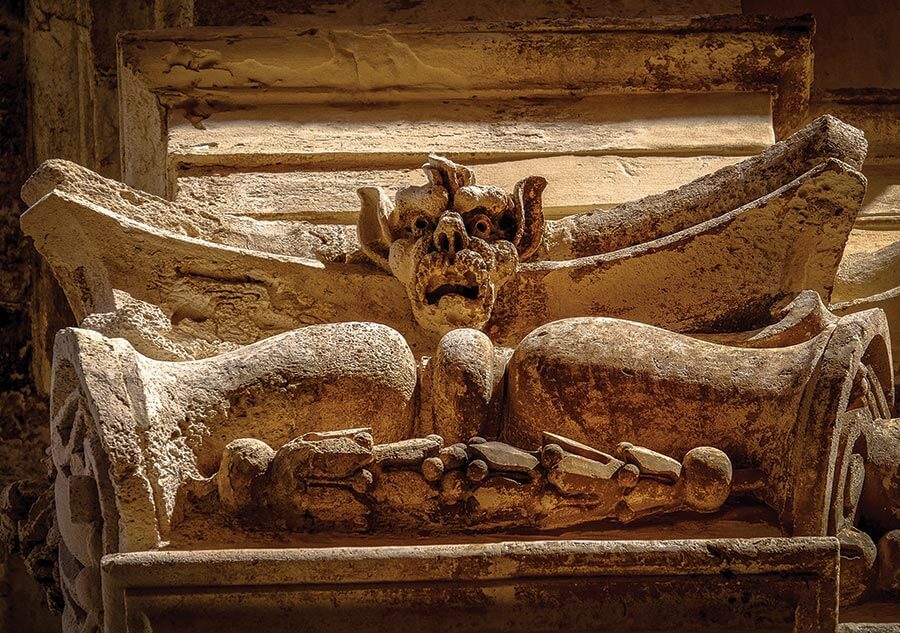 Our brief consideration of Paul’s speech in Athens has uncovered for us the Biblical demonology that the demons of the ancient Near East were the small gods of paganism. But what does this tell us about the gospel records where Jesus cast out demons? Was he really casting out small pagan gods?

To answer that question, I call to mind a class I gave on demons about twenty years ago in Panama, a country steeped in religious superstition. Having concluded what I thought was a well-reasoned talk, a lady in the audience put up her hand to object. She told me that just the night before, her cousin had seen a demon in his house. So, they are real, she said, and no amount of logical reasoning from Scripture would dissuade her.

That’s the thing about deisdemonia, belief in the small gods of paganism. The superstitious mindset connected with it can’t be reasoned with or appealed to logically. Debating with people who believe in supernatural forces of evil, the devil and demons, isn’t easy. And on mission work in Panama, we found that it was often the most stubborn of false teachings to counteract.

Think about Moses’ interaction with Pharoah and the magicians of Egypt. He didn’t come to the king with the logical argument that the gods of their pantheon didn’t have any real existence and there is only one God, and his name was Yahweh.

There were no sit-downs with Pharoah where they opened the scroll of Genesis so Moses and Aaron could put forward their theological argument. The impotence of the gods of Egypt had to be demonstrated with power. Each of the plagues against Egypt was an attack against one or more of their gods.

Last month we looked at the name of a demon that crops up in Deuteronomy 31—Resheph. His name also occurs in the Psalm 78 record of the plagues.

When he performed his signs in Egyptand his marvels in the fields of Zoan.
He turned their rivers to blood, so that they could not drink of their streams.
He sent among them swarms of flies, which devoured them, and frogs, which destroyed them.
He gave their crops to the destroying locust and the fruit of their labor to the locust.
He destroyed their vines with hail and their sycamores with frost. He gave over their cattle to the hail and their flocks to thunderbolts.
He let loose on them his burning anger, wrath, indignation, and distress, a company of destroying angels.
He made a path for his anger; he did not spare them from death, but gave their lives over to the plague,
He struck down every firstborn in Egypt, the firstfruits of their strength in the tents of Ham. (Psa 78:43-51).1

The word for “thunderbolts” in verse 48 is resheph. Thunderbolts found their way into plague number seven, which also happened to the plague that finally penetrated Pharoah’s hard heart.

It was after this plague in which God “sent thunder and hail, and fire ran down to the earth” (Exod 9:23) that Pharoah admitted, “This time I have sinned; the LORD is in the right, and I and my people are in the wrong.” (v. 27), something he had not said before. Something had reached Pharoah on a theological level for him to use the religious word “sinned.”

There is a possible historical reason why the name of the pagan god Resheph appears in the psalm, and why this plague affected the king so much. Egyptologist William Kelly Simpson writes in his book, Reshep in Egypt, “The Canaanite Reshep, whose cult was brought to Egypt in the middle of Dynasty 18” and “established the reign of Amenophis II as the date of the introduction of the cult in Egypt.”

Amenophis II is another name for Amenhotep II, a prime candidate for the Pharaoh of the Exodus. In the private collection of another Egyptologist, Bernhard Grdseloff, there is a scarab seal of Amenhotep II with this inscription: “Aheperure [=Amenhotep II], the beloved of Resheph.”

We read that “Resheph become popular in Egypt under Amenhotep II (18th dynasty), where he served as god of horses and chariots.”2 This is ironic, considering what happened at the Red Sea:

Could it be that what convinced Pharaoh in the seventh plague was his beloved god being shown to have less power than Yahweh of the Hebrews?

Whether it was Amenhotep II or not, the point still stands that the plagues were a dramatic testimony to the fact that Yahweh had far more power. The Egyptians and Hebrews should not fear the gods of Egypt. No need to suffer from deisdemonia—just as Paul said in his speech.

It is also interesting to note in Psalm 78 that the actions of the plagues were undertaken by “a company of destroying angels.” (v. 49).

What the nations ascribed to their made-up gods was the domain of Yahweh and His agents.

Regarding demon miracles in the gospel records, we can assign the principle of the plagues accordingly. What was Jesus’ purpose? Was he out to win theological debates or did he want to convince his listeners he came from God, demonstrating that the power of the Holy Spirit at his disposal was more potent that the demons that inhabited the poor souls he encountered?

Jesus could have had a sit-down with the people when demon-possessed individuals were brought to him. He could have logically explained to them that demons have no real existence.

But that wouldn’t have convinced anyone. They saw people possessed by demons with their own eyes—of course; they had real existence. You just had to look!

Another element of the demon miracles is often called the accommodation language. Another way to express it is that the gospel writers used phenomenological language. A modern-day example is a falsehood we utter many times when we say, “the sun is rising” or “the sun is setting.”

What did the people of Jesus’ day see from their point of view? People possessed by evil demons (or small gods.) That’s what they saw, and that’s what the gospel writers record them as seeing, even though from a 21st century perspective, it is entirely false.

What Jesus did for the witnesses to his miracles is what Yahweh did for the Egyptians and Hebrews. He demonstrated that the God of Israel has more power than the gods of paganism, and it is He who should be feared above all gods. (Psa 96:4).

It didn’t matter that the people continued with a false belief about demons. What mattered was that they followed Jesus instead. It seems this accommodation carried on in the 1st Century ecclesia. In Corinth, for example, Paul remonstrates with those who are puffed up because of their knowledge. It’s worthwhile examining 1 Corinthians 8 in detail. Paul begins by saying:

Now concerning food offered to idols: we know that “all of us possess knowledge.” This “knowledge” puffs up, but love builds up. (v. 1).

Therefore, as to the eating of food offered to idols, we know that “an idol has no real existence,” and that “there is no God but one.” (v. 4).

The words in quotes are the knowledge that puffs up in the context of the situation in the Corinthian Ecclesia. There were members there who knew that idols have no real existence and only one God exists.

The inference, which Paul goes on to confirm, is that some members of the ecclesia didn’t have this kind of knowledge, which sounds like Paul didn’t do his job teaching first principles. Surely, everyone in the ecclesia should have known the most fundamental of doctrines that there is only one God? The point is that they probably were taught it and did know it on a conceptual level but struggled with it on a psychological level. The next verse says:

For although there may be so-called gods in heaven or on earth—as indeed there are many “gods” and many “lords” –yet for us there is one God, the Father.  (vv. 5-6).

The demons mentioned in the New Testament are so-called gods that have no real existence. But then Paul says:

However, not all possess this knowledge. But some, through former association with idols, eat food as really offered to an idol, and their conscience, being weak conscience is defiled. (v. 7).

When Paul says, “not all possess this knowledge,” they were surely taught that only Yahweh has any real existence. However, it is very difficult to let go of superstition. The emotional and psychological scars remained for the ecclesial member who had a former association with idols.

They could probably cite passages from Isaiah that said things like “I am the LORD, and there is no other, besides me, there is no God” (Isa. 45:5) and tell everyone that they believed it. However, the nagging feelings left over from their former association meant that the stronger members of the ecclesia needed to be patient and show some forbearance.

Likewise, our teaching and preaching aim shouldn’t always be to put others right by our powerful logical arguments. What is more important is to show that the love of God is more powerful than anything possessed by the so-called “fixit” gods in our neo-pagan world.

1 All Scriptural citations are taken from the English Standard Version, unless otherwise noted.
2 The website address is religion.wikia.org/wiki/Resheph.