I prefer not to call her “Rahab, the prostitute.” I’m not particularly eager to reduce her merely to one of the ways she made money. Rahab was a very hard worker. So why do we reduce her life to this one aspect, as if it was the only thing noteworthy about her? Her actions, those of a strong, spiritual woman, changed the course of her family members’ lives. Her story is pretty incredible. 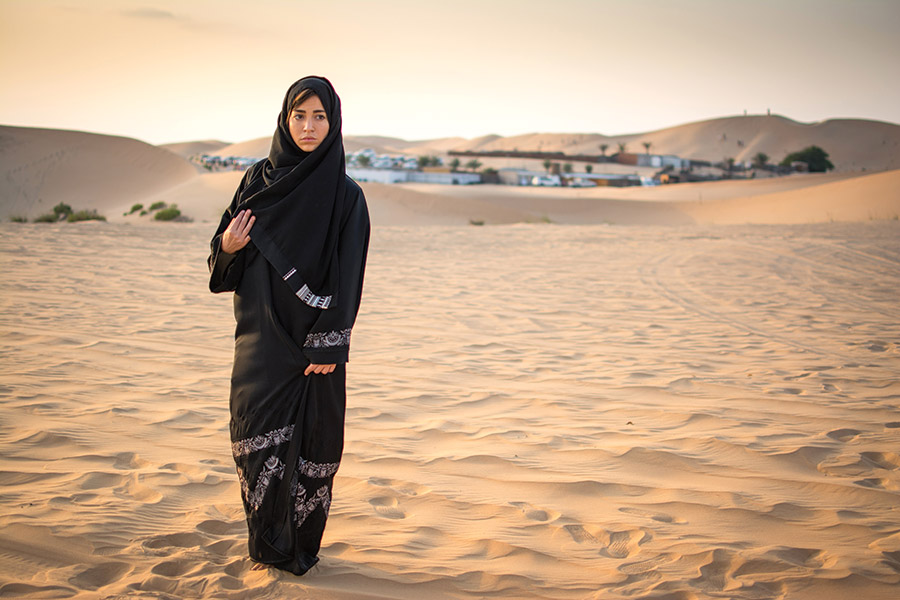 Rahab: we we know her as the prostitute of Jericho. Her story starts in chapter 2 of Joshua and doesn’t go much further than Chapter 7. After that, we hear of her in Matthew, Hebrews and James. She married Salmon (one of the spies she hid?), was mother to Boaz, Great Great Grandma to King David and is one of four women listed in the direct genealogy of Jesus.

I prefer not to call her “Rahab, the prostitute.”

Her actions, those of a strong, spiritual woman, changed the course of her family members’ lives. Her story is pretty incredible.

I prefer not to call her “Rahab, the prostitute.” I’m not particularly eager to reduce her merely to one of the ways she made money. Rahab was a very hard worker. From where she hid the spies, we know that she also worked flax, which I’ll come back to a little later.

So why do we reduce her life to this one aspect, as if it was the only thing noteworthy about her? I have heard it said that knowing what Rahab chose as a profession makes it all the more incredible that she is part of Christ’s line. Did she deliberately pick her profession of prostitution? I don’t think many sex workers would tell us they chose it as their living.

Did Rahab have responsibilities that meant she had to turn to this line of work? We know she had a family, and she continued to care for them when she made her deal with the spies. Was sex work just another occupation she had to support those she loved?

When I look at Rahab’s story, I think of all the women being taken advantage of on the city streets today—not forgetting that were it not for men’s desires, these women wouldn’t need to charge for sex to put bread on the table. Society tends to look at the great things men “do,” but only on what women “are.” Some treat men like verbs and women as nouns.

This idea is something we should take a moment to pause and reflect on. Does our Christadelphian community have a similar thought pattern? We know the incredible impact Rahab had. Rahab did great, incredible things, as can women in our modern day ecclesias.

And Joshua the son of Nun sent out of Shittim two men to spy secretly, saying, Go, view the land, even Jericho. And they went, and came into a harlot’s house, named Rahab, and lodged there. (Josh 2:1).

Note, they chose to lodge with Rahab. Was this because she was also an innkeeper with her family? She was a woman of many talents and side hustles. Josephus mentions her role as an innkeeper but does not expand on whether she also kept a brothel. Rabbinic texts refer to her only as an innkeeper.

Rahab was a woman of many talents and side hustles

Given Rahab’s possible dual role as an innkeeper and sex worker, it is easy to consider she may have been privy to many confidences from tired soldiers and weary travelers. This could be why the spies chose her particular house to lodge in.

Her house was also upon the city walls, suitable for a swift exit, as we see later in the story. Are the stories told by those passing through her house how Rahab first heard of the God of Israel? It’s clear she knew of Him, as we read in Joshua 2:9. It’s possible that travelers shared stories and soldiers feared the God who could part water.

Rahab must have been affected by the tales she heard. They had awakened a whisper in her. Because of what she had heard, she was able to utter the words:

As soon as we had heard these things, our heart did melt, neither did there remain any courage in any man, because of you; for the Lord your God, he is God in heaven above, and in earth beneath. (Josh 2:11).

What an incredible declaration to hear from a Canaanite! When the spies arrived at Rahab’s home, they hadn’t done a great job, as instructed, of being secret. The news of spies in the land had reached the king, who knew exactly where they were and commanded Rahab to hand them over! Thus, Rahab found herself at a crossroads in her life.

She knew she was in a good position, whichever path she chose. I’m sure the king would have rewarded her richly for turning in the spies, and yet she remembered all the stories she had heard of the God of the spies. This God is powerful and able to exact many miracles. Rahab chose to commit treason and turn her den of sin into an ark of safety. I find this incredible.

Rahab was as strong in character and brave as were the wonderful midwives in Egyptian captivity. She put her life on the line, going against her king to reach for life as one of the Israelites. This deed is such an example for us all.

Rahab stepped up with a solution to the spies’ dilemma. They were at risk of being captured and taken to the king. Thus, the first lives Rahab saved were those of these two spies when she said:

“Where the men went I do not know, pursue them quickly, for you may overtake them.” (Josh 2:5).

Her action makes me ask myself how I can step up more and provide solutions to other people’s problems. Rahab inserted herself into the fabric of Israel and, in doing so, became part of a kingly line. She wasn’t a quiet, timid girl in the story. She took action to change life for herself and her family. If we are listening, is it still possible for us to take up challenging acts to do good and protect the gospel? Am I learning to speak up for change where it is needed?

A WOMAN OF VALOR

The account then takes us to Rahab’s deal with the spies, hiding them from the soldiers. She took them to her roof and buried them under the flax. Here is evidence of another of Rahab’s jobs— she was a worker of flax, the product required to make linen.

This is the female version of “gibbor chayil”—“mighty man of valor.” If this woman’s description is merely as virtuous, the point of just how formidable she is is lost. The virtuous woman is a strong, powerful woman and so is Rahab. Proverbs 31:10 to the end could well have been written about Rahab.

Proverbs 31:13 shows that this valiant woman works with flax. Rahab is the only other woman in the Bible attributed to this work. When I read this chapter, I can see the rest of the story of Rahab beyond the Book of Joshua. The valiant woman of Proverbs 31 provides a place of safety for her husband. He knows he can trust her.

The virtuous woman is a strong, powerful woman and so is Rahab

Salmon, Rahab’s husband, was possibly one of the spies who entered her house. If this is the case, he certainly knew he could trust her—she had saved his life by her actions. I talked earlier about Rahab’s work as an innkeeper. Proverbs 31:13-14 speak about a woman providing food and caring for her household. This work is something Rahab would have done— with plenty of hungry mouths passing through her home.

Verse 16 tells of her buying a field, reminding us that Rahab’s son, Boaz owned a field, and his relationship with Ruth (remarkably, another woman described as valiant!) blossomed there. Verse 21 tells us how she is not afraid for her family—for they are clothed in scarlet, the color of the rope which Rahab boldly hung out her window during the attack on Jericho. My favorite link is verse 30:

“Favour is deceitful and beauty is vain: but a woman that feareth the LORD, she shall be praised.” (Prov 31:30).

Compare this thought to Rahab’s former life, where looks and being desired were valuable properties for a woman—something society still tells us today. I find it interesting that the fact she worked with flax is given just as much weight as her title as the harlot. Yet, we cling to the harlot wording and include it in her name wherever it is mentioned.

The good news is that God can take any circumstance we find ourselves in and turn it into something good. I look at this Proverb as describing Rahab. No doubt her story was passed down by word of mouth, and so her descendant, Solomon, could write about her in such glowing terms. Her family didn’t think of her as Rahab, the prostitute, but as a woman of faith who belonged to God.

Rahab was a Canaanite woman. She was someone the Israelite spies should have stayed well away from. Yet, they didn’t hesitate to help her. The spies had no idea how the city would be overtaken, but they trusted that the covenant they made with her would be recognized and honored by God.

I believe God saw faith in Rahab (Heb 11:31). He saw past her job title and into her heart. He saw the virtue and valor in this woman. Rahab chose to put her heart with God and His people. She wanted to know more about the God who parted water and tore down cities. Like many stories about women in the Bible, I am astounded by the faith and trust Rahab placed in God.

Rahab had no proof that this God could save her and her family through the spies and the red chord. She hadn’t personally seen any of the miracles spoken about as people passed through her home. But she listened; she opened her heart and found God. “Whoever is of God, hears the words of God.” (John 8:47).

We can learn a lot from how the women in the Bible behaved and heard God. There is trust and peace in so many stories, a quiet acceptance that God works in their lives. Rahab’s home became an ark for her family. They were the few saved from the entire city and what a story that goes on to become!

Like Mary, when told of Jesus (Luke 1:29; 2:19; 2:51), Rahab heard the accounts of the Israelite God and allowed them to work on her heart. When the opportunity came to accept Him openly, she took him in without reservation. I don’t need any more incredible an example of how God grafts sinners into the branch than myself; I know how good God is because he’s even saved me!

Rahab being a prostitute doesn’t make her story any more remarkable than if we just knew her as a worker of flax. She is famous to us, not because of her occupation, but because of her faith.

“By faith the harlot Rahab perished not with them that believed not, when she had received the spies with peace.”

There are a multitude of reasons why brothers, sisters and young people leave the Truth.…
Continue Reading
Life Application

Decisions Above Our Pay Grade

Knowing what is within our pay grade, and what is not, is a personal responsibility…
Continue Reading
Exhortation and Consolation

Holiness is a Way of Thinking

Holiness requires that we think differently about ourselves. It demands we consider our own motivations…
Continue Reading

Praise: From the Beginning

The Man of Sin and the Lord’s Appearing